Has Francis Ngannou, the reigning and defending (this Saturday, against Ciryl Gane, in Las Vegas) UFC heavyweight champion got your attention as far as the idea of him engaging in a boxing match with a big name? Ngannou has certainly made it clear he wants to try himself in the ring, that this is no joke. Tyson Fury seems to be Ngannou’s main target, yet the man-mountain has also mentioned Deontay Wilder’s name.

Ngannou is recognised by MMA fans and experts as that sport’s hardest-hitting heavyweight, while Wilder holds that distinction in boxing (in the opinion of a good many people). And Ngannou reckons he punches harder than Wilder does. Speaking with Michael Bisping, as reported by middleeasy, Ngannou had a short and sweet reply when asked who carries more firepower, he or Wilder: 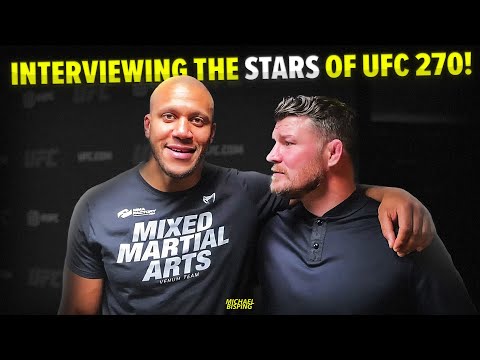 I don’t know about you, but I do wish to see Ngannou try his hand at boxing. A lot may depend on whether or not Ngannou defeats Gane on Saturday, but win or lose there, Ngannou seems determined to have a real and serious go at boxing. And though there are a ton of obstacles ahead of any possible Ngannou Vs. Wilder fight (least of all, will Wilder even fight again?) – we all know we’d sure as heck tune in (and pay to do so) if these two monster punchers did collide!

Wilder as we know has 41 KO’s to his name. Ngannou has a 16-3 record in MMA, where he has scored 12 KO’s. Wilder has taken out guys like Luis Ortiz, Bermane Stiverne, Domminic Breazeale, Chris Arreola, and Malik Scott. Ngannou has KO’d guys like Cain Velasquez, Alistair Overeem, Junior dos Santos, Jairzinho Rozenstruik, and Stipe Miocic.

Both men can crack, there is no doubt about it. Wouldn’t it be great fun seeing the two slug it out, this in an effort to see who bangs harder? Ngannou seems to be open to the idea, what with his “we can try that” teaser. Would Wilder be open to the idea of this crossover fight? Just who does carry the most dynamite when it comes to these two?

How much would YOU pay to find out?