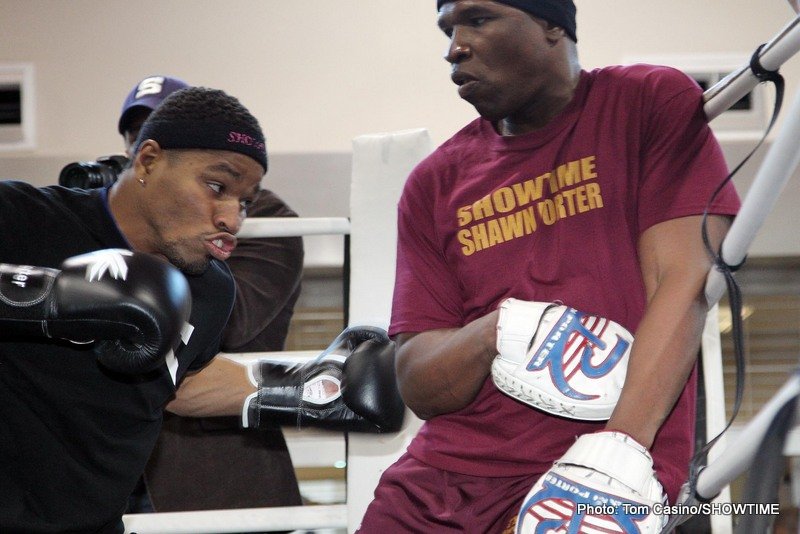 Kenny Porter, father and trainer of former IBF welterweight champion Shawn, says that neither of the much sought after bouts with Florida’s WBA (reg) 147 lb champion Keith Thurman, or Philadephia’s former 140 lb boss, Danny Garcia, are realistic options for his son right now.

Following Shawn’s dominant victory of Adrien Broner in June, fans were looking forward to a potential fight with his friend and divisional rival Thurman, who himself claims he wants a big fight before the end of the year, after an underwhelming clash with Luis Collazo in July.

It is looking increasingly likely that fight has hit the skids over the financials, rather than Thurman avoiding it however, although another mooted clash with Danny Garcia, himself new at 147 and fresh of a stoppage of Paulie Malignaggi, is no more realistic – despite all the speculation – according to Ken Porter.

“At this point nobody is realistic, nobody’s returning our phone call. We’ve had numerous questions we’ve presented to those guys and none of them are answering. We need some answers,” Porter said via thaboxingvoice.

“We’re interested in taking (either) fight. I fully understand Danny just come off a big win and he’s not ready to jump back in the ring, but if we can plan it for a few months down the line, that’s great.

“As far as Keith, Keith said he wanted a big fight before the year ends, so we’d love to have that as well but at this point neither one of them is really realistic.”

Shawn has stated many times publicly that it is “business” (money)keeping him and Thurman apart, although he has recently expressed an interest in a rematch with IBF champion Kell Brook, who relieved Porter of his belt a year ago in California.

In a recent twitter Q & A, Porter wrote he would happily travel to England for the chance to win the belt back in a fight with the “Special One” , who has today confirmed he will indeed be fighting Diego Chaves in Sheffield, on October 24th.

Should he win that fight, Brook will return to the ring in December, for what will be the 4th defence of his strap this year.