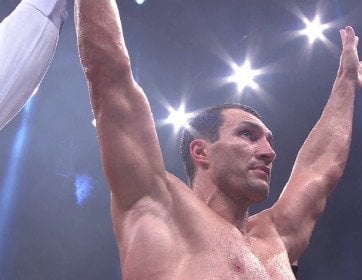 We have all heard that boxing is the kind of sport where anyone has a puncher’s chance to win at any point during the fight. While this happens to be true, the probability is utterly low, and most of the time, the odd-makers know exactly what they are talking about.

For Alex Leapai (30-4-3), it seems that beating Denis Boytsov (33-1-0) in November 2013, was a straight shot to an opportunity against Wladimir Klitschko (61-3-0). Maybe it was Boytsov, or maybe it is the lack of other, more formidable competition in the heavyweight division that provided Leapai with this phenomenal chance.

While the date and location of their fight has not yet been announced, them facing each other is pretty much set in stone. But what does this mean for the boxing fans? While as mentioned above, anything is possible, some of the odd makers are already predicting this to be yet another dominating performance by the Ukrainian giant.

One of the biggest Irish online betting websites PaddyPower.com, is giving Klitschko a 93% chance of victory, 2% chance that the fight will end in a draw, and a measly 5% victory chance for Leapai.

This kind of a prediction makes a serious statement about the competition available for Wladimir Klitschko. It is always good to successfully defend your titles, but for world class champions, it’s the formidable rivalry that makes up and solidifies one’s resume.

Can Leapai mold their fight into something that most boxing fans won’t see coming? Will he be able to challenge Klitschko inside the ring come fight night? For the sake of both fighters, as well as the fans, I truly hope so.