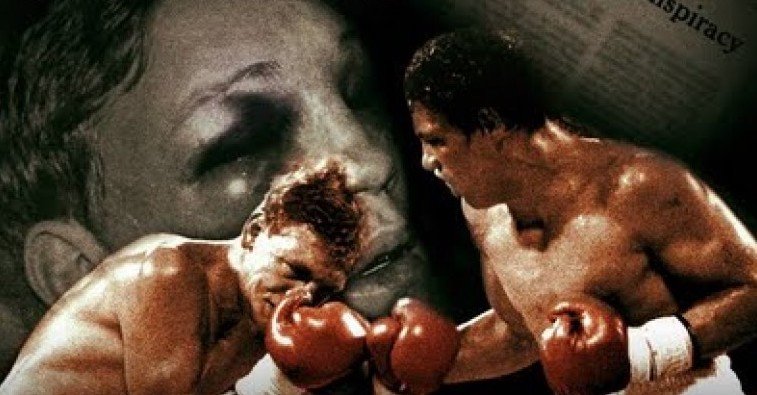 As fight fans are aware, controversial and shamed boxing trainer Panama Lewis passed away a few days ago. Most infamous in the career of Lewis, is the story of how Panama’s fighter Luis Resto fought Billy Collins Jr with the padding removed from his gloves. This dark event in boxing history has been widely publicised, and Eric Drath’s superb 2008 film “Assault In The Ring” delves deeply into the whole shocking saga.

Eric was kind enough to speak with this writer, sharing his memories of Panama Lewis as well as discussing how he felt upon hearing of the 74 year old’s passing.

Q: What was your initial reaction to hearing about the death of Panama Lewis?

Eric Drath: “It’s interesting because I heard the news within hours of hearing of the passing of Ruth Baden Ginsburg, which is somewhat ironic. She was an esteemed beacon for justice, whereas Panama was of course a totally different person, a person who you could certainly say was morally challenged (laughs). But it did hit me. Whenever a human being loses their life it’s a sad thing, especially when it’s a person you got to know. And in a strange way, Panama was a person I found to be somewhat likable.”

Q: Did you speak with Panama after making your film of 2008?

E.D: “Yes, I did. Interestingly, it was quite congenial. He didn’t seem to hold a grudge. In fact, I think he kind of revelled in the villain role. He liked the fact that he was looked at as a boxing trainer who knew so many tricks, so many dark and mysterious elements of boxing, secrets of the game. When you’re a fighter, having Panama in your corner was seen, I think, as advantageous. Fighters continued to seek Panama out after 1983. He liked the mysterious element he lived under. He was a very murky figure, no doubt.”

Q: And you’ve kept in touch with Luis Resto?

E.D: “Yes, he calls me around once a month. He’s pretty much back where I found him, teaching young kids and living in a gym.”

Q: How long did it take to make “Assault In The Ring?”

E.D: “Actually, not that long. I’d say from when we began shooting, maybe 11 months in total to get it finished. It’s interesting, they say you have all the time in the world to make your first film! It was a labour of love. It was the film where I had the most freedom when making it. People respond to honesty, and the things the characters in the film say, none of that could have been scripted. People react to B.S – that’s why Panama never came off too well.”

Q: It’s a great piece of work. You may have noticed how there has been next to no coverage of Panama’s death – not too many articles on web sites. Why do you think this is?

E.D: “I think it’s maybe a couple of reasons. Firstly, who knows who actually reported his death? There has been no official announcement, a lot of it has kind of been hearsay. People have said, ‘well, I heard about it, but…’ And also, there are a lot of questions about Panama’s life in general – where he actually came from, when exactly he died. Again, he was a murky figure. He operated in the shadows and he really did excel there.”

Q: Regarding Resto – could he have done things differently on the night of June 16, 1983? Could he have said he wasn’t going to fight, having noticed something was strange with the gloves?

E.D: “It’s very hard to say. I mean, imagine a person like Resto, with his educational background, who was a quiet individual, with an overbearing person like Panama telling him what to do. Resto doesn’t talk much, as you know from the film; he really is a quiet soul. So was he the type of person to put himself in the position of saying no to a person as overbearing as Panama? Could he have done things differently that night? Of course, but he simply isn’t the type of person to have found that an easy thing to do.”

Q: Would you go to Panama’s funeral, and do you think Resto would?

Q: In your film, you say on camera how Panama would only speak with you if he was paid cash money. Would he not have appeared on camera without those exchanges of money?

E.D: “They say in journalism that you should never pay a subject for an interview, because they will say what they want you to say upon being paid. But with Panama, I think he would have said what he did say regardless. He was the type of guy to be motivated by money, yes, but I think he’d have said the same things he said either way. A few hundred dollars is not all that much for a boxing trainer who never was as successful as he would have liked people to have believed. Panama was being his true self when he spoke.”

Q: You did say that Panama came across as quite likeable at times?

E.D: “He was a guy’s guy, for certain. He was the type of guy you would want to hang around with if you wanted to be a tough guy. He wasn’t the type to bring out your sensitive side (laughs). But he was an interesting personality. For good or for bad, he should be remembered.”

Q: Finally, do you believe Resto’s story of what was in the infamous “black bottle” in the Pryor-Arguello fight? Resto, in your film, says it was an asthma pill that Panama put into the water, this giving a fatigued fighter a boost in lung capacity and energy.

E.D: “I really don’t know. I know that Resto is not the most credible source, but I do think he was telling the truth, yes. I have no reason to believe Resto would lie about that when he had already admitted so much. I believed him when he said Panama put the plaster of paris on his hand-wraps, and I think he was telling the truth about that, too. But we will never know for sure.”

Eric Drath has a new boxing film set for imminent release; the film to be announced shortly.