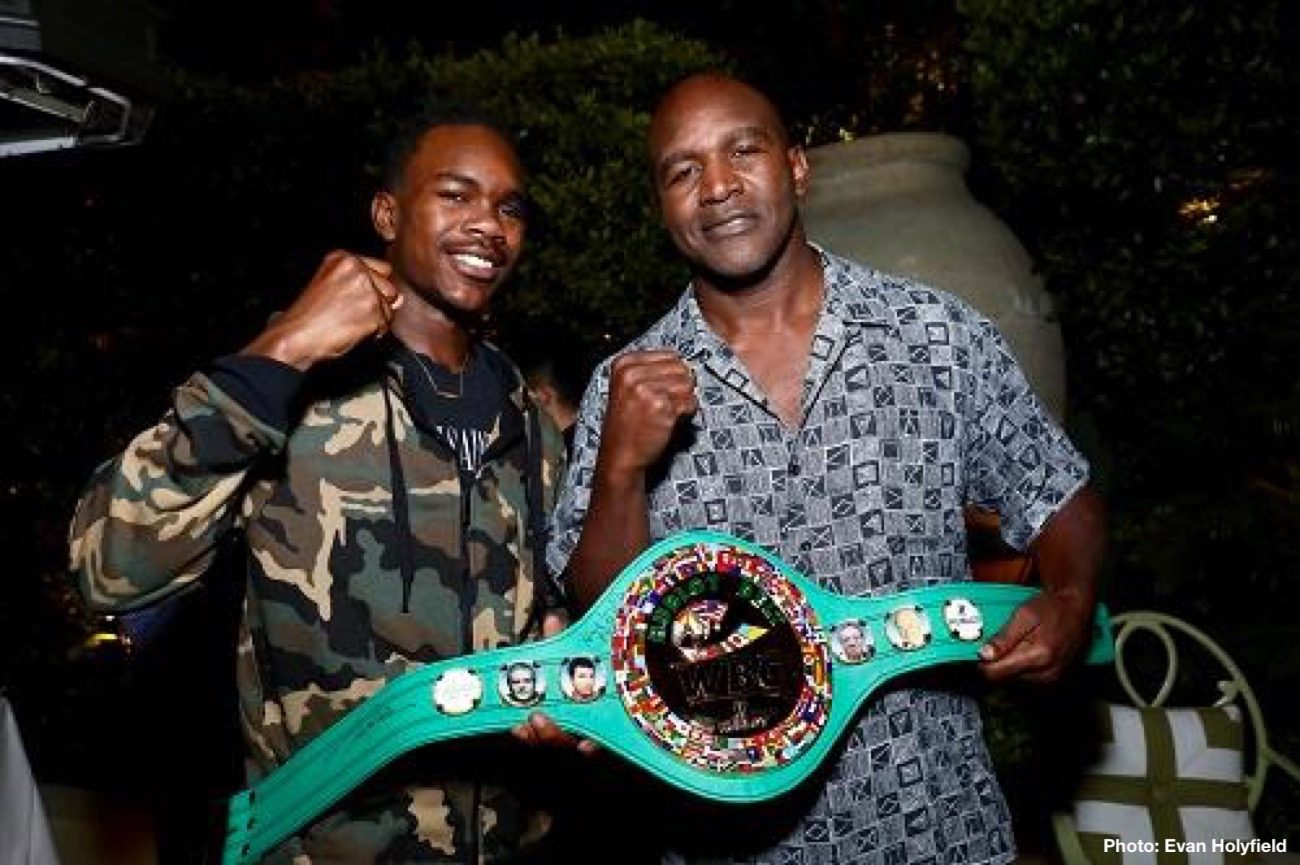 Super-welterweight prospect Evan Holyfield, son of course of the legendary Evander Holyfield, won his third straight pro bout last night. Fighting at the Hard Rock in Daytona Beach, Florida, on a card promoted by former female fighter Christy Martin, “Yung Holy” scored three knockdowns over Travis Nero to get the quick, first-round win. It was all over after a mere 82 seconds.

It is of course way too early to be able to tell if Holyfield is, as his father was, the real deal, but so far, the 6’2” youngster has shown fast hands, power and a genuine dedication to training hard (a chip off the old block there, then). As is the case with any “Boxing Junior,” the pressure on Holyfield can at times overshadow the benefits and privileges his famous and celebrated last name can bring him.

It’s never fair to judge a boxing junior against the accomplishments of his father, but this does not stop fans from doing just that. Going pro in November of lat year, Holyfield is happy to fight around once a month (he actually boxed twice in November) therefore we can expect to see him box his fourth pro bout either next month or maybe in early April. By the end of this year, all being well, Holyfield should be somewhere around the 12-0 mark.

It really will be interesting to see whether or not “Young Holy” can emulate his all-time great of a father and become a world champion.

Speaking of “Warrior” Holyfield, he, like the rest of us, is currently recalling the shocker James Douglas pulled off 30 years ago next week, against Mike Tyson. Holyfield was there at ringside in Tokyo, watching as “Buster” wrecked both Tyson and his own chances of landing a mega-fight with “Iron Mike” (for the time being, anyway).

As we all know, Holyfield was new champ Douglas’ first challenger, with “The Real Deal” making easy work of Buster.