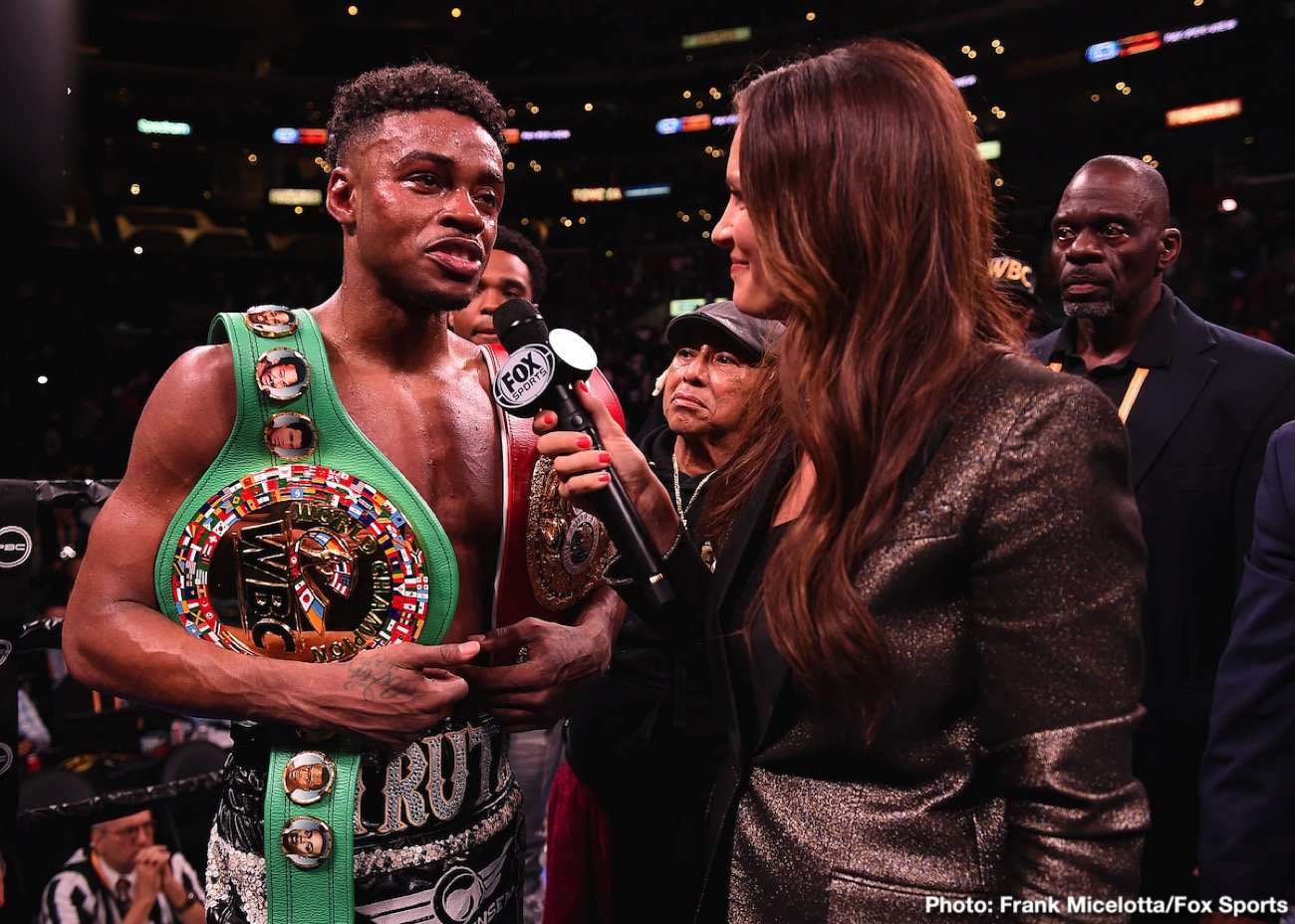 STATEMENT ON ERROL SPENCE JR. CONDITION: Errol Spence Jr., IBF/WBC unified welterweight world champion, was involved in a serious, single-car accident in Dallas early Thursday morning and is being treated at a Dallas-area hospital. Spence is awake and responding and his condition is listed as stable. He did not sustain any broken bones or fractures, but has some facial lacerations. He is expected to make a full recovery.

He is currently resting with his family by his side. They want to thank everyone for their prayers and well wishes and are extremely grateful to the Dallas first responders who rushed to the scene to attend to Errol after the accident and the doctors who are taking care of him at the hospital.

Numerous reports have informed how Errol Spence has been “seriously injured” and is in intensive care after being involved in a car smash. CBS 11 News in Texas broke the story, and apparently Spence’s Ferrari flipped over “multiple times,” throwing the driver, Spence, clean out of the car. Pictures of the banged up white Ferrari that have been released show clearly and graphically how serious the smash was.

Now in hospital, to where he was airlifted, the reigning WBC/IBF welterweight champion is literally fighting for his life. Well wishers have been sending in good thoughts since hearing about the accident. It is not yet known to what extent Spence has been injured.

#BREAKING Exclusive video from a nearby security camera shows the crash that injured Championship Boxer Errol Spence Jr when he lost control of his Ferrari and it rolled multiple times ejecting him. Fortunately he survived and expected to be ok pic.twitter.com/2Z1xh9DDiA

Spence was reportedly driving his car at 3AM and some reports say the 29 year old was not wearing a seatbelt as he drove home from a local nightclub. It is sketchy as far as how fast Spence was driving the Ferrari, with police reports merely stating how he was going at a “high rate of speed.” Spence’s car is belived to have been the only vehicle involved in the crash.

Over the years, the sport of boxing has lost too many great fighters to either car smashes or to motorbike accidents. It is to be hoped the superbly talented Spence does not get added to this tragic list.

Former foe Kell Brook, from whom “The Truth,” as the unbeaten Spence is known, took the IBF welterweight title to first become champion, sent out a message via social media a short time ago: “Get well soon Champ! Thoughts are with you and wishing you a full and speedy recovery.”

Again, the extent of Spence’s injuries is not yet known but of course all boxing fans the world over join Brook in wishing Spence and full and fast recovery. It’s too early to discuss how the accident may or may not affect Spence’s boxing career.

Spence, 26-0(21) fought just 12 days ago when he defeated Shawn Porter via split decision in a Fight Of The Year candidate.