Errol Spence Jr fired back at Blair Cobbs on Sunday in reaction to his negative comments about him when interviewed by the media this week. IBF/WBC welterweight champion Spence (27-0, 21 KOs) dismissed Cobbs (15-0-1, 10 KOs) as being a “33-year-old prospect” and told the media to stop being so “thirsty” in looking for news.

Earlier this week, Cobbs called Spence a “coward” and is “afraid” of Terence Crawford. He also said that Spence has been dealing with “alcoholism” and has lost the fighting spirit.

Cobbs will be fighting this Saturday night in the co-feature spot on the Vergio Ortiz Jr. vs. Michael McKinson card live on DAZN at the Galen Center in Los Angeles. He’ll be facing Alexis Rochas (18-0-1, 12 KOs) in a 10 round fight.

The decision by Cobbs to criticize Spence to the media could be a strategy to gain attention from boxing fans because he also criticized Canelo Alvarez for fighting weak opposition. By Cobbs tearing into two of the most popular fighters in North America, he gained a lot of visibility this week that he otherwise wouldn’t have gotten.

Cobbs’ nine-year professional career has failed to take off due to his lackluster opposition. By this stage in Cobbs’ career, he should have fought much better opposition than he’s faced.

“Y’all listening to a 33yr old prospect 😂😂😂😂 media has to stop being so thirsty for content N**** looks up to Ric flair,” said Errol Spence Jr on Twitter in responding to Blair Cobbs.

“When I look at Spence’s eyes, I see a fighter that doesn’t have the true fighting spirit anymore,” said Blair Cobbs this week to Fighthype. “He’d defeated and defeated outside of the ring.

“Errol Spence had to face some demons outside of the ring with alcoholism and dealing with hurt,” said Cobbs.

“He’s afraid of Terence Crawford. What was the wait to make that fight for so long? He waited so long that he became devastated. If you,” Cobbs continued about Spence.

“If you don’t do what’s right, you will be cursed, and guess what happened? We don’t see him fight for anything for a long time. One injury after the next.

“Car injury, this injury, eye injury. He missed the opportunity to beat Manny Pacquiao. What now? He’s a coward and I don’t respect cowards. He ruined boxing.”

The things that Cobbs is saying about Spence would gain more traction if they were mentioned by an elite-level fighter that boxing fans were familiar with. But Cobbs is too much of an unknown with fans for his comments to have been heard by the casual boxing fans. 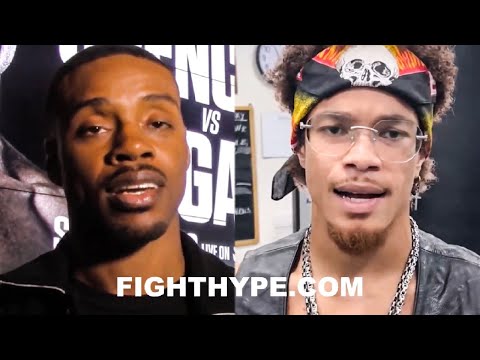