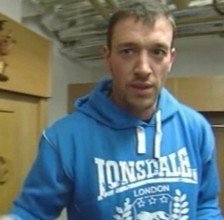 Maccarinelli, the former WBO Cruiserweight Champion, knows what it takes to become a world champion and makes no secret of his desire to take the title from Braehmer in front of the German’s home fans.

Q: What do you think of your opponent Juergen Braehmer?

EM: I really respect him. He was a top quality amateur, who beat Ricky Hatton twice I believe. He is a very tough, hard man who has been around almost as long as me.

Q: How have you been preparing for this fight?

EM: I have been training with former WBU World Middleweight Champion Gary Lockett, a top young trainer, at his gym in Cardiff. I have paid for some of the best sparring around and will have had an eight-week camp by fight night.

Q: What do you believe will give you the advantage over Braehmer on April 5?

EM: I will have the biggest heart and desire to win the battle. I want this title more than anything in my career. I really want to go out on top by winning this final world title.

Q: Braehmer is known for his technical abilities and his southpaw stance, will this influence your game plan?

EM: Gary and I have come up with a game plan to adjust to Braehmer’s style. I have sparred thousands of rounds with the best southpaw of recent years, Joe Calzaghe. I know a southpaw better than he does!

Q: How would you describe your own style?

EM: I used to be about the big left hooks and right hands, coming forward swinging, but under Gary I have learnt to use my boxing brain and it is now a controlled all-out attack.

Q: You know what it takes to become a world champion, will that experience help you when facing Braehmer?

EM: I’ve had twenty championship fights in my career, from British to World title level, of course it is all experience in the bag, but I think this fight against Braehmer will be totally different and I wont be reliant on any of my previous experience, it will come down to who wants it more, and that’s me!

Q: What made you decide to step down in weight and how have you found the transition to light heavyweight?

EM: I was making the cruiserweight limit easy for world title fights and just felt that I could go down to light heavyweight and still retain my power, which has been the case. I am faster and stronger now.

Q: British fans are known to travel to support their fighters, will you be expecting a big crowd cheering you on and will this give you an added motivation on the night?

EM: I will have fans there, but whether I have twenty thousand supporting me or two fans in the crowd, it won’t make a difference in the ring, I’m fully focused on my job on the night.

Q: What is your prediction for fight night?

There are still a limited number of tickets available for this show via www.eventim.de.