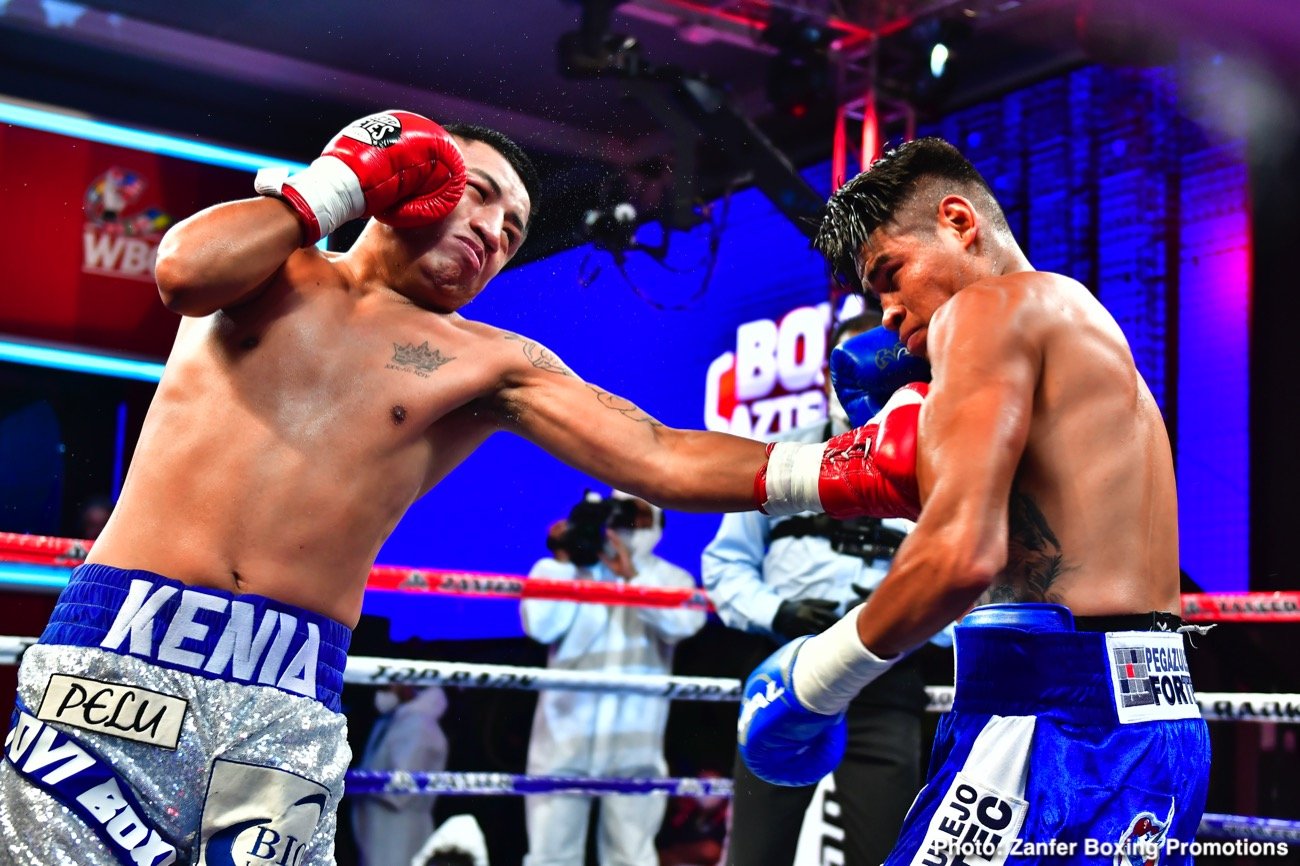 K.O. Artist Emanuel Navarrete (32-1, 28 K.O.s) could face #1 WBO ranked Michael Conlan for the WBO 126-pound title if he moves up to featherweight in his next fight and IF Shakur Stevenson vacates his title.

Navarrete made his debut at 126 last Saturday night in beating journeyman Uriel Lopez (13-14-1, 6 K.O.s) by a sixth-round knockout on ESPN at the Gimnasio TV Azteca, Mexico City. The opponent was horrible, but the controlled performance by Navarrete was impressive.

The way he looked, he would give anyone in the featherweight division problems with his size, power, and punch volume.

Navarrete given heads up to go after WBO featherweight title

World Boxing Organization president Paco Valcarcel said on social media last weekend that Navarrete could fight for the 126-pound title if he moves up and current champion Shakur Stevenson vacates to move up to 130.

Valcarcel says that Navarrete can face one of these three contenders for the WBO 126-lb title: Michael Conlan, Ruben Villa, or Jessie Magdaleno. The Irish fighter Conlan (13-0, 7 K.O.) would be the likely opponent for Navarrete based on his #1 ranking with the WBO at 126. 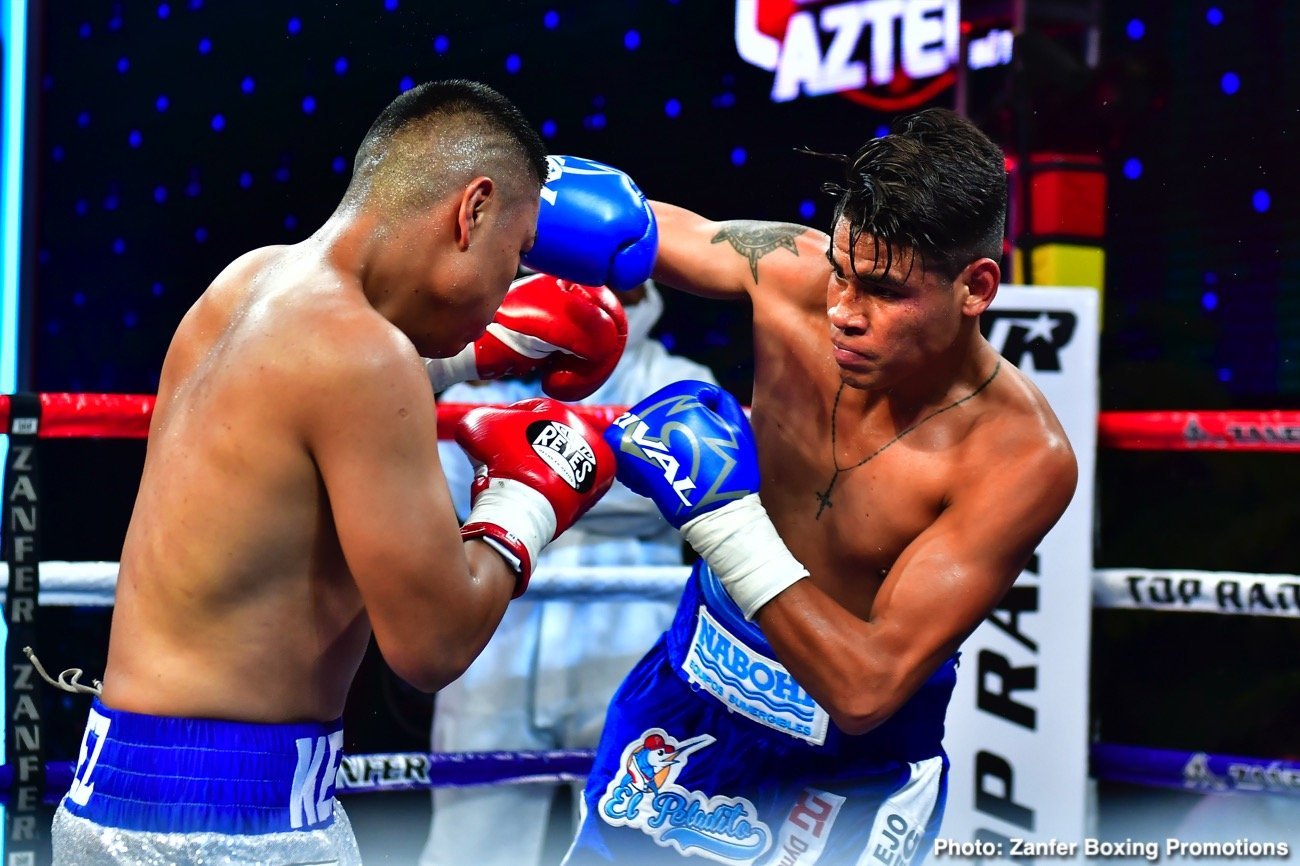 Will Conlan agree to fight Navarrete?

Some boxing fans believe that the 28-year-old Conlan would pass on the option of taking on the dangerous punching machine Navarrete for the vacant WBO belt. If Conlan is unwilling to take on Navarrete for the world title, then when will he fight for a belt?

“If @vaqueronavarre1 decides to move up to 126 he will be #1 in that division, 3 possible opponents, Conlan, Ruben Vila, and Magdaleno if @ShakurStevenson
move up,” said WBO president Paco Valcarcel on Twitter.

Conlan has been matched carefully since turning pro in 2017. The Top Rank promoted Conlan competed in the 2016 Olympics for Ireland and was eliminated in a controversial loss to Vladimir Nikitin.

Conlan recently avenged that loss in his last fight in beating Nikitin by a one-sided 12 round decision last December. Nevertheless, Navarrete is a big step up from the lower level guys that Conlan has been feasting on, and it’s hard to say that he’s ready for that type of opponent.

But if Conlan doesn’t take the fight, it’s unlikely he’ll ever improve enough to beat that type of opponent. What you see is what you get with Conlan. He’s a primary fighter, who likes to showboat and fight with his hands down by his sides, but he can’t punch.

Conlan isn’t getting any younger, and if he turns down the Navarrete fight, he could be waiting until he’s in his 30s for a title shot. It won’t get any easier for Conlan, no matter how long he waits.

If Top Rank wants to wait until the absolute ideal time for when they give Conlan the green light to fight for a world title finally, he may be ready for retirement by that point.

Navarrete vs. Michael Conlan would be a decent scrap

If Conlan doesn’t lose his nerve, he will make for a good opponent for Navarrete to battle for the vacant WBO featherweight strap later on this year. As long as Stevenson gives up the WBO strap, Navarrete and Conlan can meet for the belt.

I’m not entirely sure what the light-hitting Conlan can do in the meantime to improve his nonexisting punching power. Perhaps if Conlan goes through one of those Rocky Balboa type camps in which he’s carrying logs and chopping wood, he can build up his punching power to the level where he can compete against a slugger like Navarrete.

Conlan likes to showboat, but unfortunately, that junk isn’t going to help him beat a talented fighter like Navarrete. 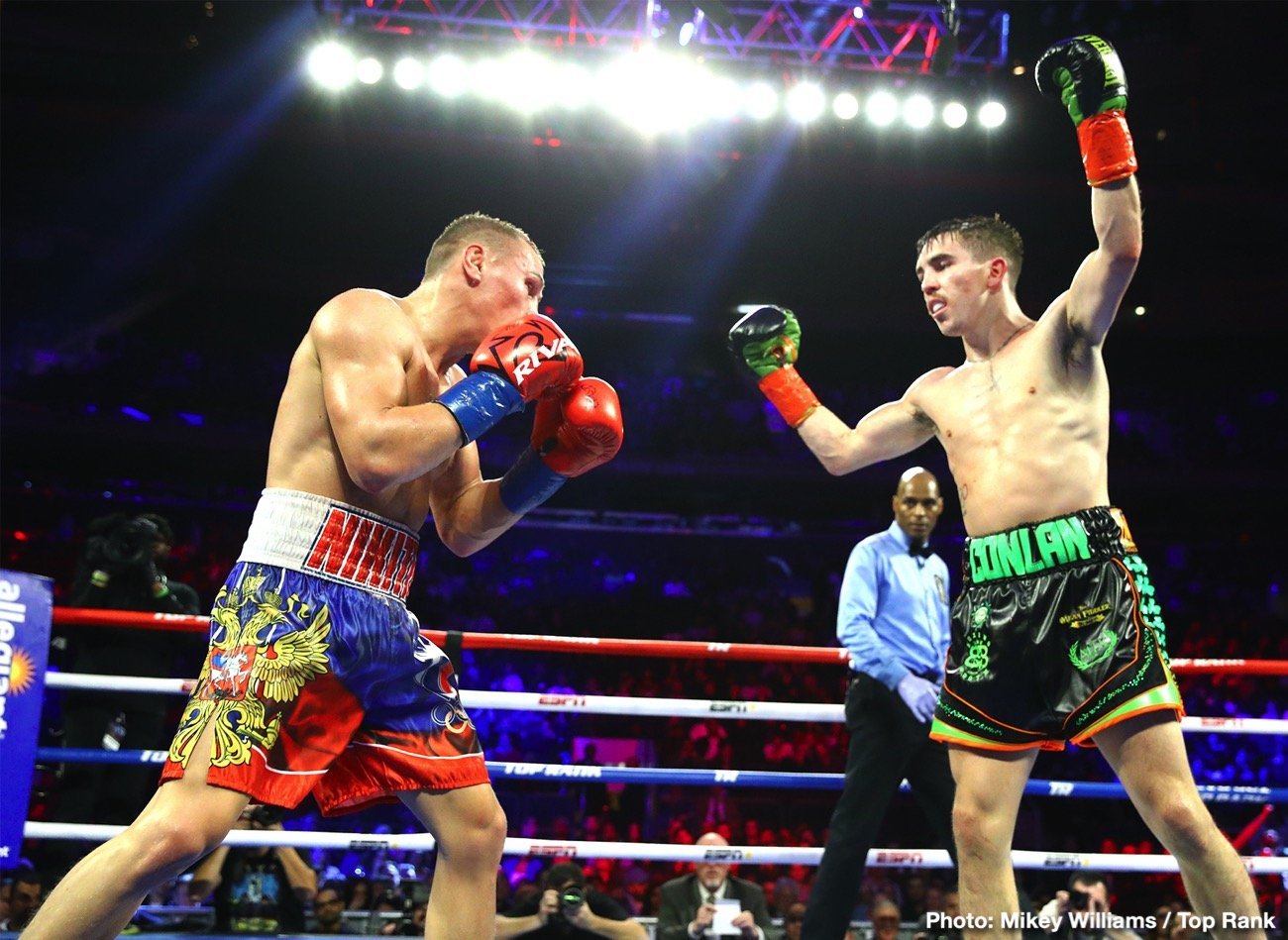 Developing power would only cover half of it for Conlan. He would need to increase his work rate to 100+ punches thrown per round for him to match all the incoming fire that Navarrete would be throwing his way.

If Conlan comes into that fight with his standard 50+ punches thrown per round, Navarrete will snow him under with shots and leave him on the canvas, wondering what happened.

Stevenson said last week that he’s done with the 126-lb division, which is a move was expected. As talented as Stevenson is, he has no options for important fights right now at featherweight.

The guy that he wants to fight IBF champ Josh Warrington is already planning on fighting WBA ‘regular’ champion Can Xu, and he’s saying that he could face Stevenson in 12 months.

Unfortunately, Warrington isn’t a fight that is worth it for Shakur to invest an entire year waiting for that match to take place. Even then, there’s no guarantee that Warrington will fight him or if he’ll also still own his IBF 126-pound strap.

Besides, a win over Warrington would do nothing for Shakur. Warrington is seen as a paper champion in the eyes of a lot of boxing fans, and Stevenson won’t get any credit from U.S. fans for snatching the strap from the little known British fighter. Warrington is known in the U.K., but not widely in the U.S. by casual fans. 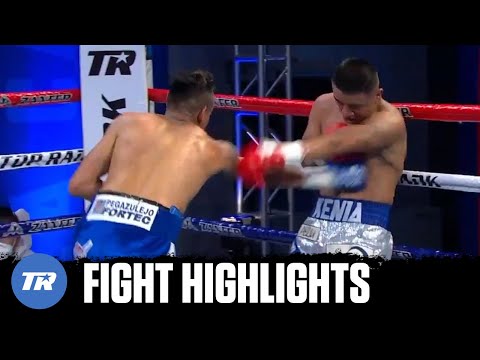