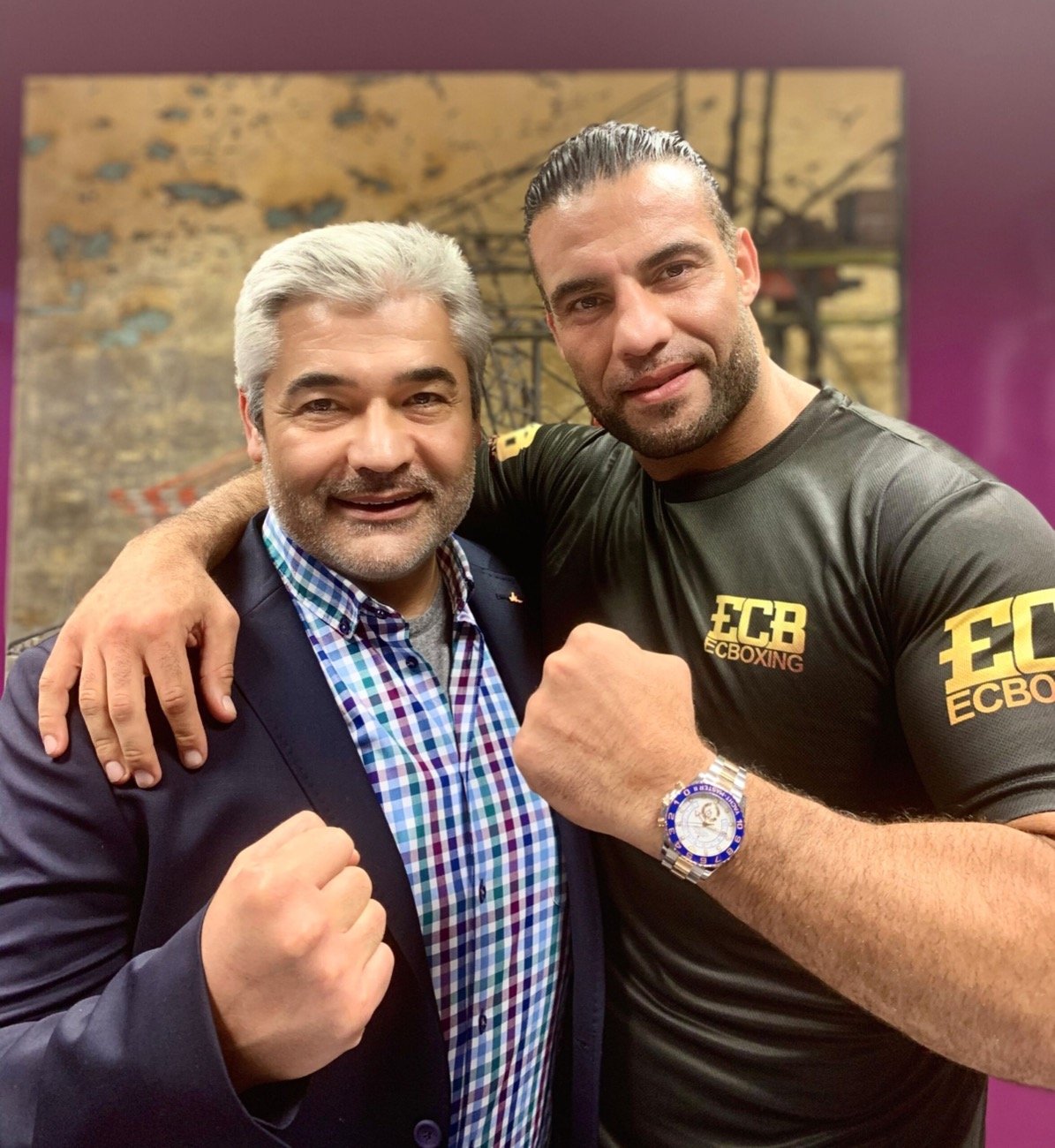 Two who know each other and have found each other again: Boxing promoter Erol Ceylan from Hamburg and WBA world champion Mahmoud Charr from Cologne. Both have now signed a long-term contract in Hamburg, with the aim that Charr will defend his WBA heavyweight belt as soon as possible. Many unfortunate circumstances have prevented Charr from defending his title since 2017 but this should now be over: “I am sure that Erol, with his close ties to the USA, is the right partner at my side. I would like to fight Andy Ruiz and then target Tyson Fury,” said Charr.

“Mahmoud was and always will be a part of the ECB family. We are currently restructuring our stable and aligning ourselves strategically. After signing Ukrainian heavyweight Victor Faust (Viktor Vykhryst), we now also have a reigning heavyweight world champion in Mahmoud. We are very well-positioned, and I am convinced that he will soon be fighting big fights,” said Ceylan to boxen.co. With Charr and IBO welterweight champ Sebastian Formella, Ceylan is now the only promoter in Germany who has two world champions under contract.

Mahmoud Charr and his family fled to Germany when he was still a child. After a short amateur career, he went straight to the professionals in his early 20s, where he worked with legendary Sauerland coach Ulli Wegner. After several stays with different promoters, he managed his career himself from 2011 on. He fulfilled a lifelong dream one year later when he met WBC world champion Vitali Klitschko in his last fight in Moscow, where a cut injury could only stop the courageous Charr. A controversial stoppage that still causes many heated discussions today.

In the following years, the 1.92 m tall giant entered the ring against various well-known faces in the boxing world – often as an away boxer. Particularly in Russia, he earned himself a reputation as a fighter who is always willing to work hard and never shuns a challenge. With Alexander Povetkin, Alex Leapai, Johann Duhaupas, Michael Grant, Kevin Johnson, and Mairis Briedis, Charr has faced various reigning or former world champions or world championship challengers. In 2017, more than a decade after the start of his career, he finally got another chance to win a World Championship belt. In the König Pilsener Arena in Oberhausen, Germany, Charr outpointed Alexander Ustinov and won the WBA World Championship belt.