Promoter Eddie Hearn is raving about how good Canelo Alvarez is looking as he prepares for his fight against WBA light heavyweight champion Dmitry Bivol on May 7th.

Canelo is currently bulking up still, trying to add muscle strength & size so that he can compete with the six-foot Bivol (19-0, 11 KOs) on DAZN PPV at the T-Mobile Arena in Las Vegas, Nevada.

Without question, Bivol is the best fighter Canelo will have faced since his rematch with Gennadiy Golovkin in 2018, and he may be even superior to him in overall talent.

That could be bad news for Canelo because Golovkin gave him all he could handle in both of their fights, and it’s unclear whether the Mexican star can raise his game any higher than what he displayed in those contests.

If Canelo loses to Bivol, he must make up his mind whether to fight him in a rematch in September or move on and face currently scheduled opponent Gennadiy Golovkin in that month.

While it would be a bit of a disappointment for Canelo to be coming into his trilogy match with Gennadiy on the back of a defeat, it might be the wiser choice to go in that direction if he gets beaten soundly by Bivol on May 7th.

It would be foolhardy for Canelo to tempt fate a second time by fighting the talented Russian again if he’s dominated by him next month.

“He’s looking like a beast,” Hearn said to talkSport about Canelo Alvarez. “His neck is the size of my thigh.

Canelo is putting a lot of emphasis on adding size to his short 5’8″ physique, which may be a mistake because it could slow him down to the point where he’s easy prey for the natural light heavyweight Bivol.

In Canelo’s lone fight at 175 against a badly shot Sergey Kovalev in 2019, he looked slow on his feet, plodding after a strangely timid-looking ‘Krusher’ in that fight. If Canelo is equally slow on May 7th, Bivol is going to beat him as easily as he did Joe Smith Jr, Jean Pascal, and Sullivan Barrera.

“Dmitry Bivol is far from faded, he is in his absolute prime. Still undefeated, a lot of people talking about how he might be the best in the division – this is a tough fight.

“He’s young, hungry, and bigger than Canelo, but Canelo is the pound-for-pound king of the sport.

“The confidence he exudes is unbelievable. If you spoke to him, you’d think he could never possibly lose a fight,” said Hearn about Canelo. 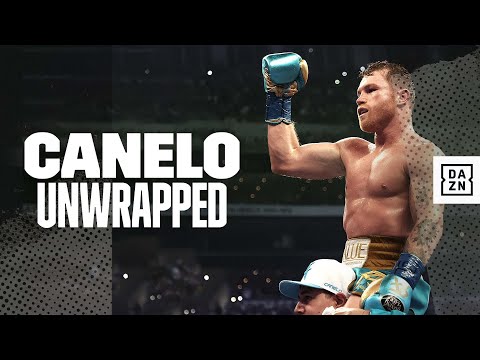