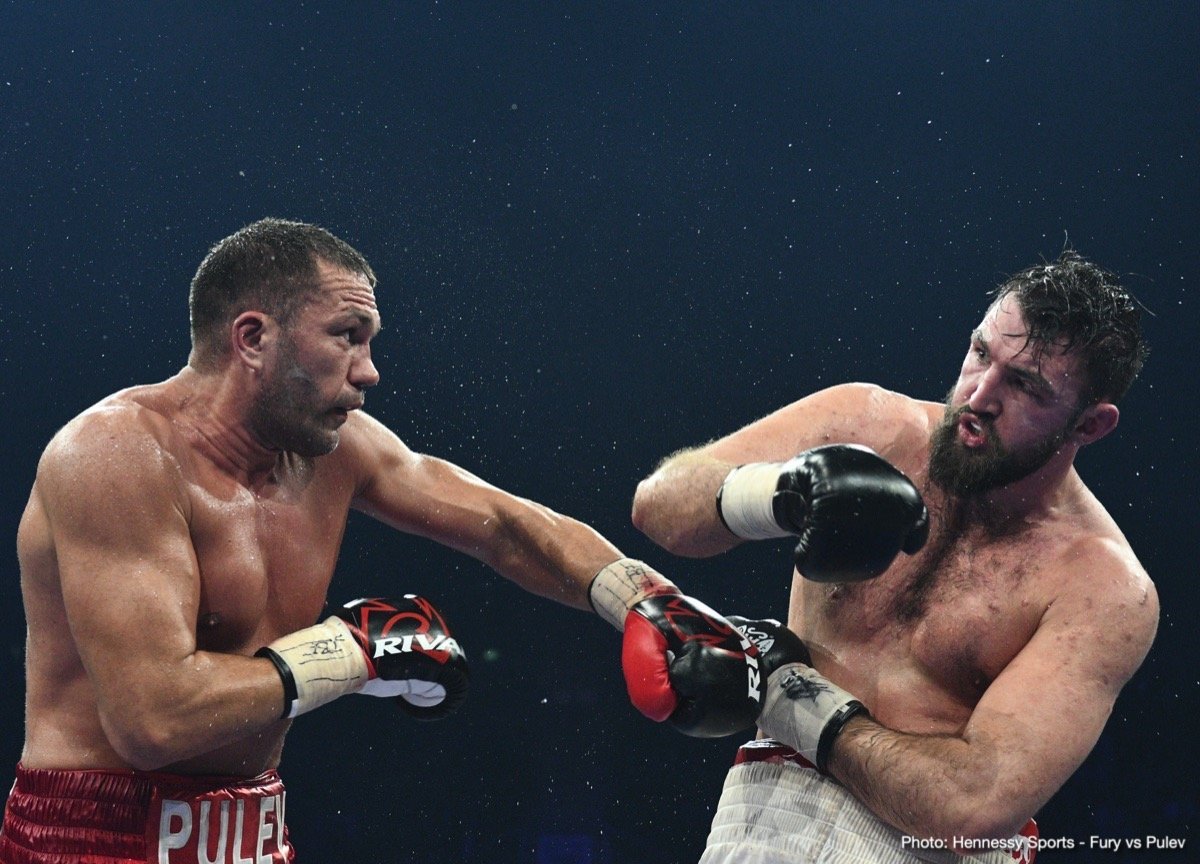 Kubrat Pulev, with his reasonably dominant if not sparklingly impressive 12-round decision win over Hughie Fury, earned himself a shot at the IBF heavyweight title. Anthony Joshua, the current WBA/IBF and WBO boss, very much wants to become undisputed champ, therefore it seems he will accommodate Pulev at some point. Having watched Pulev pound out his win over Fury, fans have to decide whether or not the tough and experienced Bulgarian has anything AJ should be concerned about.

Did Pulev give Joshua anything to worry about with last night’s win?

Joshua will hardly be losing sleep over the thought of getting in there with Pulev, at least that’s my guess. Pulev is not too fast, he is no huge puncher and he is no boxing wizard. In short, as well-seasoned as he is, as careful and as measured as he is in the ring, and as physically strong as Pulev is, he doesn’t hold any obvious advantage over Joshua – with the possible exception of experience. Still, for a man of 37, Pulev has not had that many pro fights: 27 in all, just five more than AJ. And while Joshua has the experience of going 11 hard rounds with Wladimir Klitschko and of beating him, whereas Pulev was stopped in five by (an admittedly younger) Klitschko, maybe the gulf in experience is not too much at all.

Upon scratching your head, it really is a tough job coming up with an argument that says Pulev beats Joshua. Pulev has earned his chance and he should of course be accommodated. But that said, there are so many other far more intriguing and exciting fights out there for Joshua, are there not? Not least a fight between he and the Deontay Wilder-Tyson Fury winner. Actually, when scanning the current rankings, there aren’t too many deserving challengers out there right now, Dillian Whyte probably being the most deserving, and Wilder or Fury aside, Joshua would be a comfortable favourite over any current big man.

Come to think of it, maybe Pulev isn’t such a bad challenge for AJ. Whyte aside, maybe Jarrell Miller aside, maybe Luis Ortiz aside (who has done nothing of real note since being stopped by Wilder), who else is there for AJ right now?