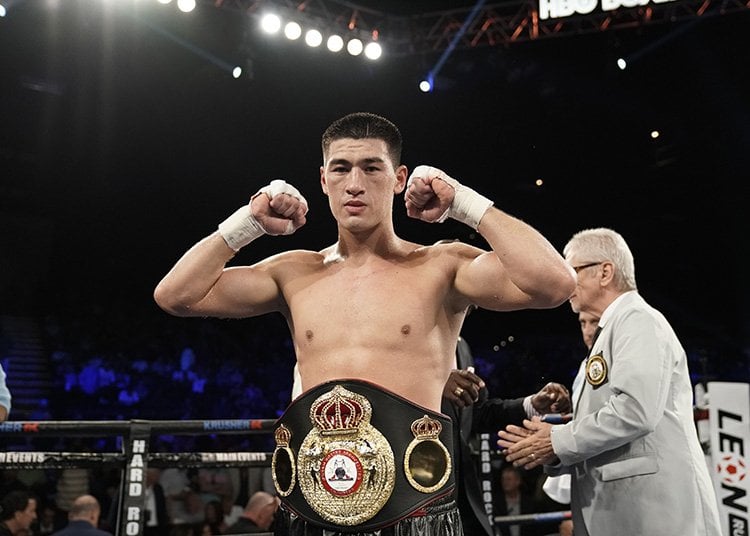 With just 14 pro bouts on his resume, light heavyweight titlist Dmitry Bivol is already regarded as one of the most skilled light heavyweights in the world. Now, he headlines his first main event in the U.S. when HBO WORLD CHAMPIONSHIP BOXING: DMITRY BIVOL VS. JEAN PASCAL AND MURODJON AKHMADALIEV VS. ISAAC ZARATE is seen SATURDAY, NOV. 24 at 10:00 p.m. (live ET/tape-delayed PT) from the Etess Arena at Hard Rock Hotel and Casino in Atlantic City. The HBO Sports team will call all the action, which will be available in HDTV, closed-captioned for the hearing-impaired and presented in Spanish on HBO Latino.

On a quest for worldwide pound-for-pound recognition, Russia’s Dmitry Bivol (14-0, 11 KOs), 27, looks to continue his dominance in the talent-rich light heavyweight division. With decades of experience, 36-year-old Jean Pascal (33-5-1, 20 KOs) of Laval, Quebec is out to spoil Bivol’s plans and insert himself back into the conversation in the 175-pound weight class.

Opening HBO’s 83rd boxing telecast from Atlantic City is a 10-round super bantamweight bout. Making his American TV debut, Murodjon Akhmadaliev (4-0, 3 KOs), 24, originally from Uzbekistan and now fighting out of Brooklyn, is a 2016 Olympic bronze medalist and accomplished amateur fighter who hopes to make a statement in the division. Isaac Zarate (16-3-3, 2 KOs), 27, of San Pedro, Calif. is hot off an upset split decision victory over Horatio Garcia and seeks to continue his rise.

Your last win was solid but not exciting. Do you need to make a statement against Pascal?

“I believe that I have to make a statement in every fight, not only against Pascal. Boxing is a sport that is very unique in the sense that not always everything happens exactly how you plan for it. Many things depend on your opponent — like whether he wants to fight or survive — and other factors. Just like life, boxing is unpredictable, and that is always exciting. Luckily Pascal is the type of fighter who likes to engage, to fight. That is how he became a world champion. So, with our styles, I am confident that I will make a statement because it will be an exciting all-action fight. Pascal is a great competitor and the biggest name I have faced as a world champion. I have trained hard to make this a memorable fight and to stay world champion.

“All my life I have wanted to headline HBO World Championship Boxing and now I am only days away from making a dream of mine come true. The historical significance of this event is not lost on me. It is an honor to be in the main event of the final show of such a great series.”

Do you feel that you are now the main man carrying the flag for Russia in boxing, and is that added pressure?

“I honestly do not feel that I am the main man in Russian boxing today. There are other good boxers from Russia. But I do feel that I am a representative of the good boxing coming out of Russia — a symbol of how great Russian boxing has become and how much greater it can be. I try not to think about it too much and I don’t let this add any additional pressure on me. In reality, it’s not important for me to be the best or to be considered the best. What is important to me is that I train hard to be the best that I can be and that I do my best inside the ring for every fight. I want my fans to enjoy my fights and keep following my career. I do not want to let them down. The only way to do that is by totally dedicating myself to my craft and giving my all every day I put on the gloves.” 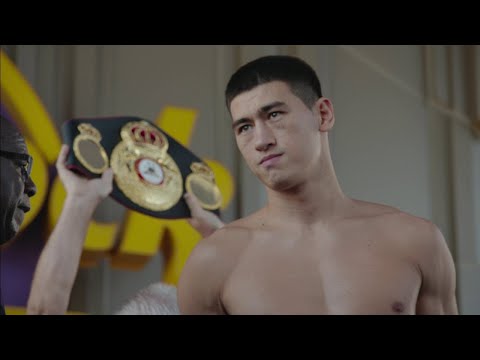 Bivol returns to the ring on Saturday, November 24 when he headlines HBO World Championship Boxing® from the Hard Rock Hotel & Casino in Atlantic City. Bivol will defend his title against Jean Pascal. The telecast will begin at 10:00 p.m. ET/PT.