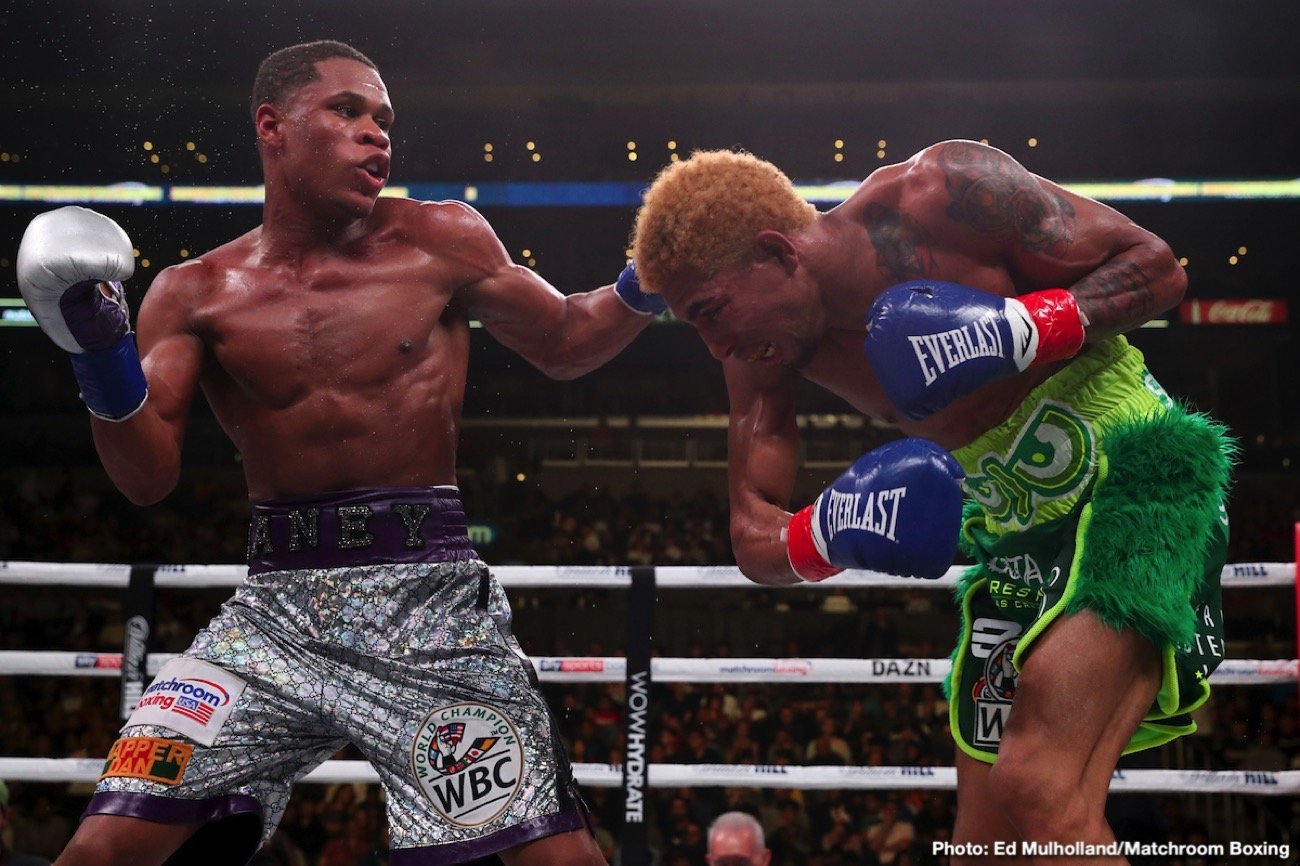 The lightweight division just might be the most talent-rich and exciting weight class in the sport right now. We have a number of superb fighters currently operating at 135 pounds: Teofimo Lopez (who may or many not choose to stay at the weight for his next fight), Devin Haney, Gervonta Davis and Ryan Garcia, to name just four. And there seems to be a good chance we will see two of these emerging stars going at it in the not too distant future if they each come through their next fight okay.

Mauricio Sulaiman spoke with Fight Hype, and the WBC president stated that the winner of the Devin Haney-Yuriorkis Gamboa fight will have to fight the winner of the Ryan Garcia-Luke Campbell fight next. It’s quite confusing at the moment as far as who the WBC lightweight champion is – is it Lopez, or is it Haney? Garcia and Campbell will fight for the interim version of the green belt.

No disrespect to either Gamboa or Campbell, but both Haney and Garcia are generally expected to win their upcoming fights (Haney Vs. Gamboa on November 7, Garcia Vs. Campbell on December 5). So we could see a Haney-Garcia fight some time in the first part of next year. This would of course be a big fight, yet would it be way too early for both men? Wouldn’t such a fight be better left to, as Bob Arum might say, “marinate?”

But if the fight is ordered by the WBC both men will look to do what they’re told, surely. “Why not?” Sulaiman said when asked by Fight Hype if this fight really should be made so soon in the careers of both fighters. “Garcia wants the belt.”

Haney, 24-0(15) is just 21 years of age, while Garcia, 20-0(17) is just 22 years old. Again, is it too soon for these two hugely talented fighters to get it on, or should the fight be allowed to build and build into a genuine super-fight? Then again, the great Sugar Ray Leonard and the equally great Thomas Hearns were not that much older than Haney and Garcia when they met in their epic 1981 showdown – Hearns being just 22 at the time of the undisputed welterweight title clash, Leonard being a little older at age 25.

Is it better to wait for a big fight, but run the risk of one of the two fighters losing in the meantime, or is it better to get the fight on ASAP? It does seem as though, from what Sulaiman said to Fight Hype, that a Garcia-Haney fight will be ordered to take place quite soon. Unless of course Gamboa and/or Campbell win their upcoming fights. Then we would have an entirely different picture.