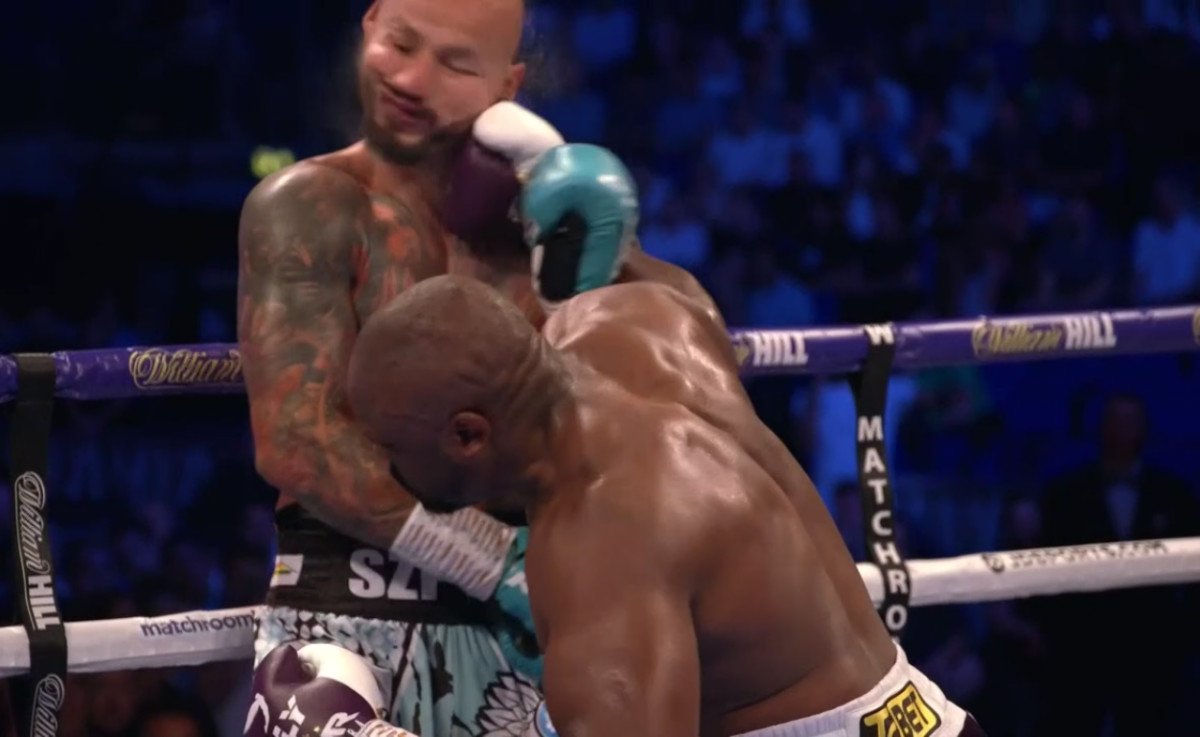 Tonight on the big O2 bill in London, heavyweights Dereck Chisora and Artur Szpilka met in a clash that was very much a must-win fight for both veterans. After an action-packed opening round, “War,” as Chisora is known these days, closed the show in ultra dramatic fashion in the following round.

Stunning southpaw Szpilka as the Pole was on the ropes, Chisora smashed in a right hand that badly hurt his rival. Then, launching his follow-up attack, briefly to the body, and then back up to the head, Chisora wiped out Szpilka with a devastating right hand bomb to the head. It was a chilling KO and for a time fans were concerned about the well-being of Szpilka. Thankfully he was okay.

We saw a KO of The Year contender tonight, and with his crushing win Chisora sets himself up for yet another big fight. Speaking after tonight’s win, David Haye called for a fight with Joseph Parker for his man. That fight could well happen next and, as he showed tonight, Chisora is never a man to write off. At all.

Szpilka, who suffered an equally nasty KO at the hands of Deontay Wilder a few years back, will now surely look at the retirement door. Both men came to fight and fight hard tonight and judging by the opening session a tough, gruelling battle was shaping up. Instead, Chisora made it a short, spectacular night.

Chisora is a warrior who seems to have nine lives. He may lose a fight, yet back he comes yet again. Chisora could even be looked at as a slight favourite to defeat former WBO heavyweight champ Parker, especially if the fight takes place in London.

How many times can Chisora go back to the well before he finds it is empty? Who knows. Certianly not Szpilka. Tonight’s violent KO was a reminder of how it really does take just one punch when the big men are in action.