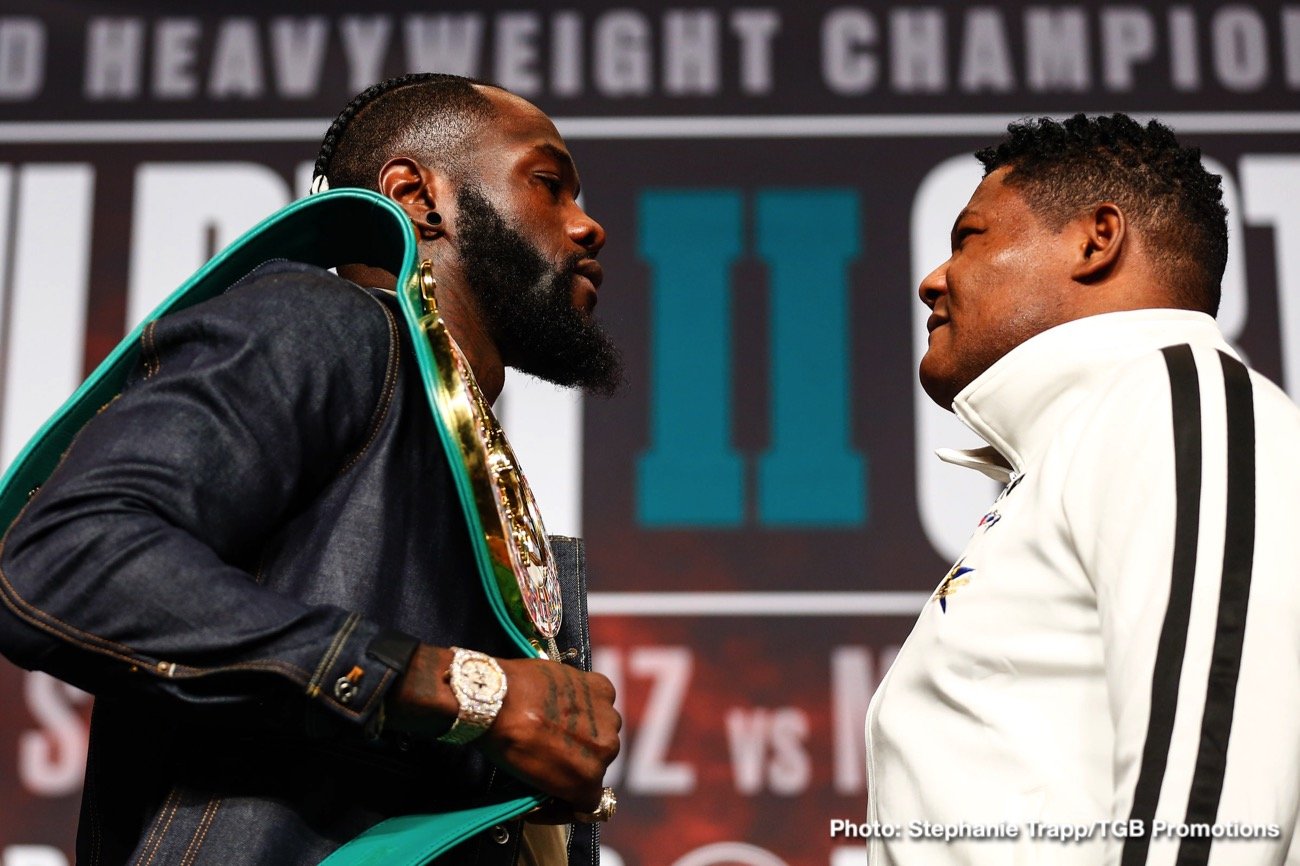 On Saturday, November 23 at the MGM Grand Hotel in Las Vegas, Deontay “The Bronze Bomber” Wilder (41-0-1, 40 KOs) squares off against Luis “King Kong” Ortiz (31-1-0, 26 KOs) for the WBC heavyweight championship title. The bout carries a tangible excitement that portends a thrilling fight, perhaps one for the ages.

Current champ Wilder, 34 years old, 6’ 7” in height and weighing in at about 215 pounds, is committed to solidifying his stature in the division and overall place in heavyweight history. When asked about his career 95% knockout rate, best of all time (just ahead of legends Rocky Marciano and Vitali Klitschko at 88% and 87% respectively), the Tuscaloosa, Alabama native is cognizant of this impressive statistic but nevertheless states that “[w]hat I’ve done thus far [isn’t enough]” to anoint himself as an all-time great. Humble comments from a man who’s never been shy about proclaiming his greatness between the ropes.

Meanwhile, the Cuban born and bred challenger Ortiz (40 years old, 6’ 4” tall and looking to fight at around 230 pounds) has also refrained from pounding his chest to the press, praising Wilder as the best heavyweight of this decade. Quite a compliment considering the dominance by the Klitschko brothers (Wladimir “Dr. Steelhammer” Klitschko (48-3-2, 40 KOs) and Vitali “Dr. Ironfist” Klitschko (64-5-0, 53 KOs)), who collectively dominated the heavyweight division for over a decade, ending in 2017. “Until someone beats him, Wilder is the best heavyweight of this decade,” says Ortiz.

The cageyness of the fighters is understandable.

Wilder and Ortiz have already engaged in one thrilling bout that Wilder won via TKO in the tenth round in March 2018. In that fight, Ortiz’ slick technique and heavy-handed aggression allowed Ortiz to take the early rounds, but this changed in the fifth round when Wilder unleashed a crushing right to Ortiz’ forehead that wobbled the crafty southpaw slugger and set up a second right to the temple that spiraled Ortiz into the ropes and onto the canvas. Ortiz beat the bell, but Wilder continued to turn the tide and was beating Ortiz into the seventh round. That is, until Ortiz reversed the tide by landing a brutal right hook and subsequent series of head and body blows that staggered Wilder at the start of the eighth round and into the ninth. Finally, in the tenth round, Wilder unleashed a wild and unorthodox barrage of punches that put Ortiz down to his knees. Although Ortiz managed to regain his feet for a second time, Wilder continued his onslaught and unloaded a flurry of blows that put Ortiz down for the third and final time in the fight as the referee stepped in to call the contest.

Although all three official ringside judges had Wilder ahead 85-84 at the time of the stoppage, other members of the press (Showtime/CBS Sports) saw it differently and had it scored 86-83 in Ortiz’ favor. Following the bout, Wilder acknowledged the challenger’s skills by noting Ortiz “was hitting me with those furious punches, throwing combos that knocked me off balance. I just had to get my range back and my fundamentals back and I was able to do that. I showed I was a true champion tonight. Ortiz was one of those fighters that everyone ducked, even champions ducked him.”

The palpable excitement regarding this contest stems from a burning desire from both champion and challenger to forge a legacy in the storied marquee heavyweight division. While the forty-year-old Ortiz is clearly nearing the end of his career, he is as live an underdog as you can get—especially in the heavyweight division, where one punch can end a fight more than any other weight class. George Foreman has demonstrated that to be sure.

While Ortiz cannot be compared to the legendary George Foreman on many levels (e.g., longevity, quality of opponents), he possesses many similarities: experience, strength, distilled wisdom between the ropes, and a fierce confidence that he can be king if even for a brief period. That makes him dangerous. Moreover, recent training camp reports from the Ortiz camp point to a more focused, disciplined and healthy fighter this time around. Ortiz finds himself in an enviable pugilistic position—less to lose and more to gain than his opponent who has boasted that he intends to retire undefeated after surpassing Floyd “Money” Mayweather in career wins without a loss. Bold words from a fighter who has yet to face the level of competition of Mayweather, let alone Rocky Marciano.

The phrase “history repeats itself” rings especially true in the history of the Sweet Science. Anticipation of an action-packed battle that will end in brutal fashion and build upon the greatness of the fighters’ previous bout is a safe bet even in Las Vegas this Saturday.