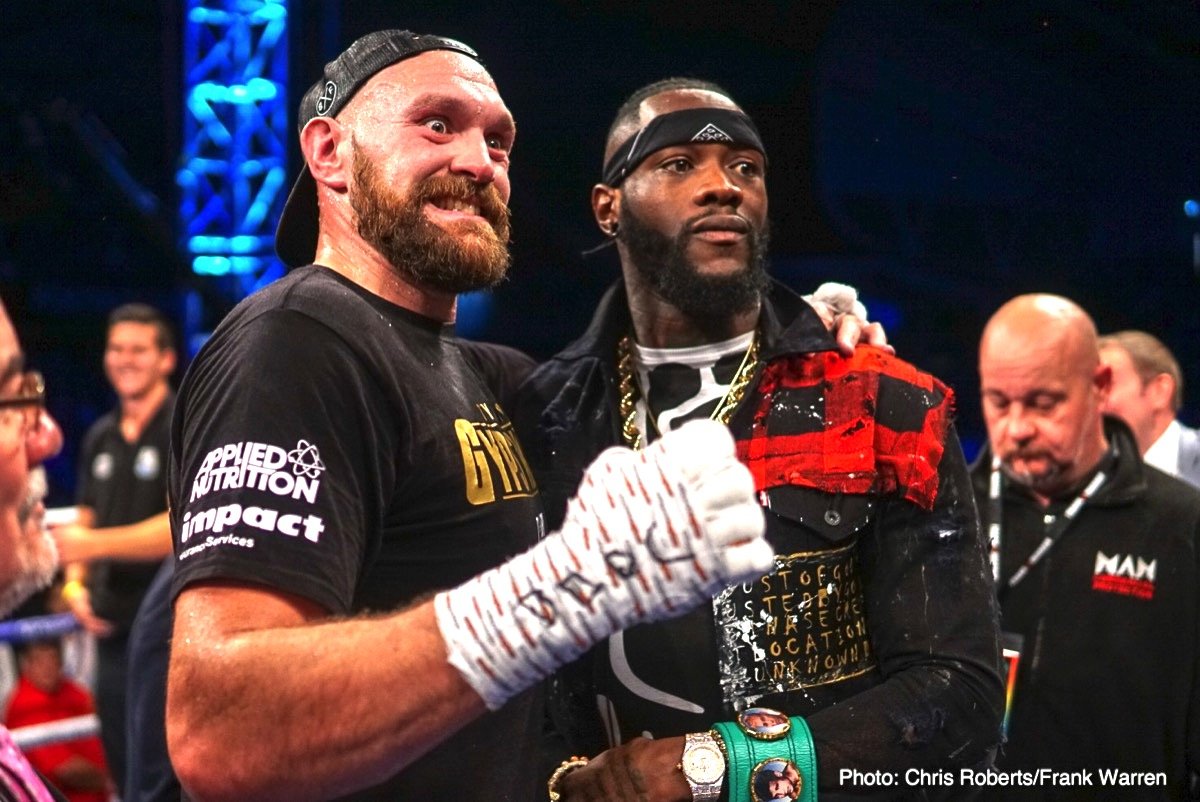 Despite those cynics who remain very much sceptical that the fight will actually happen this year, and despite that news story ESPN.com gave us a few days ago, with a “source” telling Dan Rafael the fight was in jeopardy, the big Deontay Wilder-Tyson Fury fight is very much on – so reports RingTV.com.

According to a news story from the website of The Bible of Boxing, an official announcement will take place by early next week at the latest. “Sources” told Ring that the fight will go ahead on either November 10 or November 17, with either a determined site in Las Vegas or The Barclays Centre in New York to host the WBC title fight. Apparently, Barclays Centre is “making a strong push to grab the rights to the fight.”

Wilder-Fury will go out on Showtime pay-per-view.

Whether it’s New York of whether it’s Las Vegas, this one promises to be unmissable. Who wins the puncher Vs. boxer match-up? Why are there seemingly so many critics out there who say the fight won’t actually happen? Are these people merely guilty of being jealous, as Fury says is the case? Will the winner of Wilder-Fury be THE man at heavyweight?

Wilder is the current favourite to win, in large part due to the fact that Fury has had just two fights, compromising of 14-rounds of action, since returning from his near-three-year layoff. But Fury insists he is back in peak form, that his weight is “perfect” and that he will box an intelligent fight, outbox Wilder and defeat him. And in typical Fury bravado, he has said he will “Knock Wilder spark out.” Such a result would be a shock, but maybe a Fury decision win would not surprise us so much.

The biggest surprise to some people might be the fact that the fight is actually going to happen. That official announcement can’t come fast enough. This one promises to be big, in more ways than one.