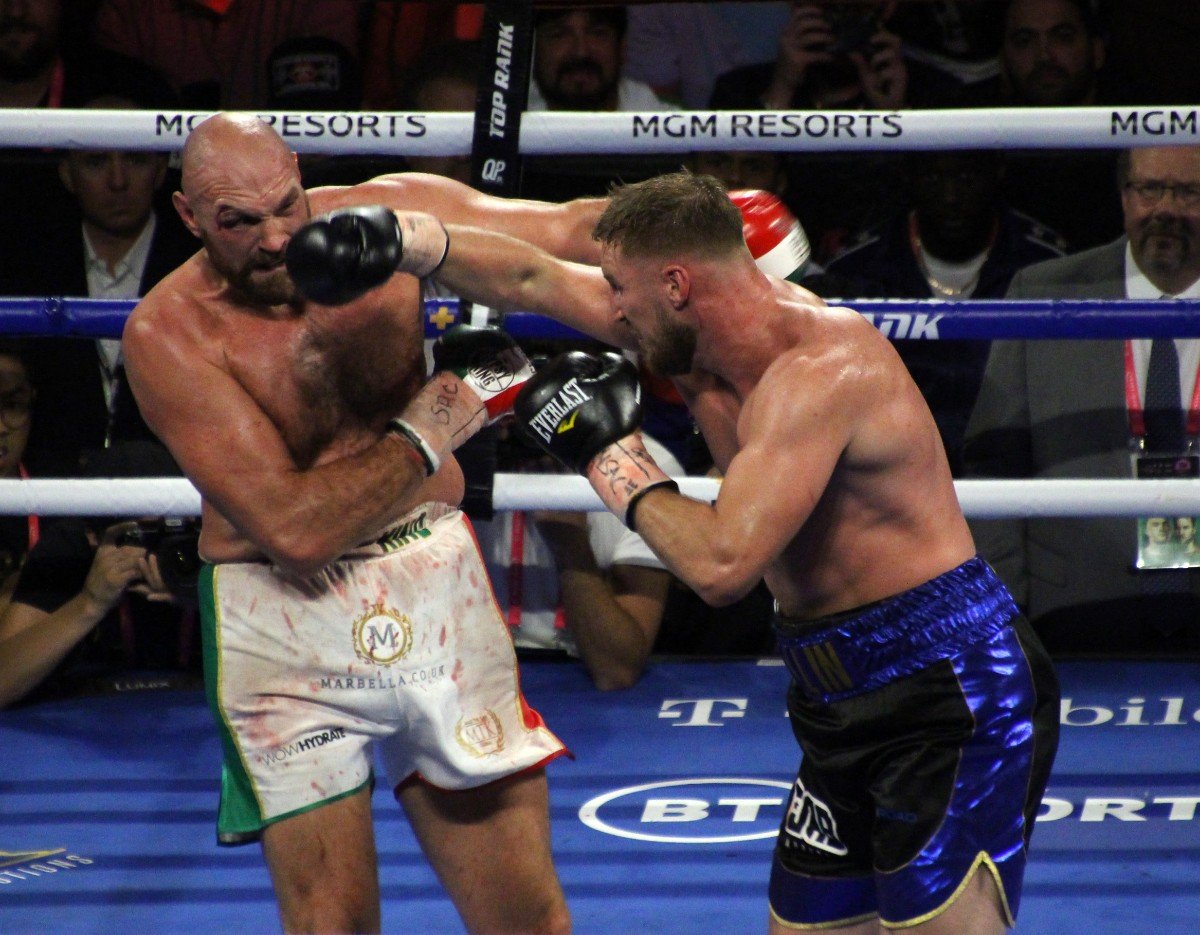 WBC heavyweight champion Deontay Wilder is taking credit for Tyson Fury looking like an empty shell of his former self last Saturday night in his grueling fight against Otto Wallin. Wilder believes that punishing shots that he hit Fury without last December took the best part out of him, leaving him in the state that we saw against Wallin at the T-Mobile Arena in Las Vegas. Fury won on the cards by the scores 118-110, 117-111 and 116-112.

30 years on: recalling the incredible three-minute Benn vs Barkley war

The fans mostly believe Fury won, but by the narrowest of margins. The judges that scored it 10-2 and 9-3 for Fury last Saturday looked like they were watching a different fight. He didn’t beat Wallin by those scores. If Fury had won by those wide of scores, there wouldn’t be so many boxing fans dumping on him for a horrible performance. Fans don’t dump on fighters that win 10 rounds to 2, unless the scoring makes no sense. In this case, it doesn’t.

Wilder: I took something from Fury

Wilder knocked Fury clean out in the 12th round last December. The referee Jack Reiss actually gave a count while Fury laid out cold on the canvas. Fury woke up, and made it through the rest of the round. Wallin had Fury shaken up from a left hook in the 12th round. The question is did the knockdown Fury suffered against Wilder reduce his ability to take a good shot? If so, how much longer can Fury’s career go before it’s extinguished? He barely beat the limited fighter Wallin the real sense. What happens when Fury gets back in the ring with Wilder?

Fury (29-0-1, 20 KOs) resembled an old automobile with 300,000 miles on it, laboring up a steep hill. The 31-year-old Fury looked like old timer against a young lion in 28-year-old Wallin (20-1, 13 KOs), who cut him up, and gave him fits for 12 rounds. The judges gave Fury a unanimous decision win, but he looked like the loser in more ways than one. Fury’s face was a bloody mess afterwards, and his trunks were stained red. To say that the fight should have been stopped early is an understatement.

The King stays the King.

Fury’s boxing fans are blaming his performance on him being cut in the third round. But that explain why Fury was getting batted around the ring by Wallin in rounds 1 and 2. How do you explain that? It’s possible that the Wilder knockdown took something from Fury.