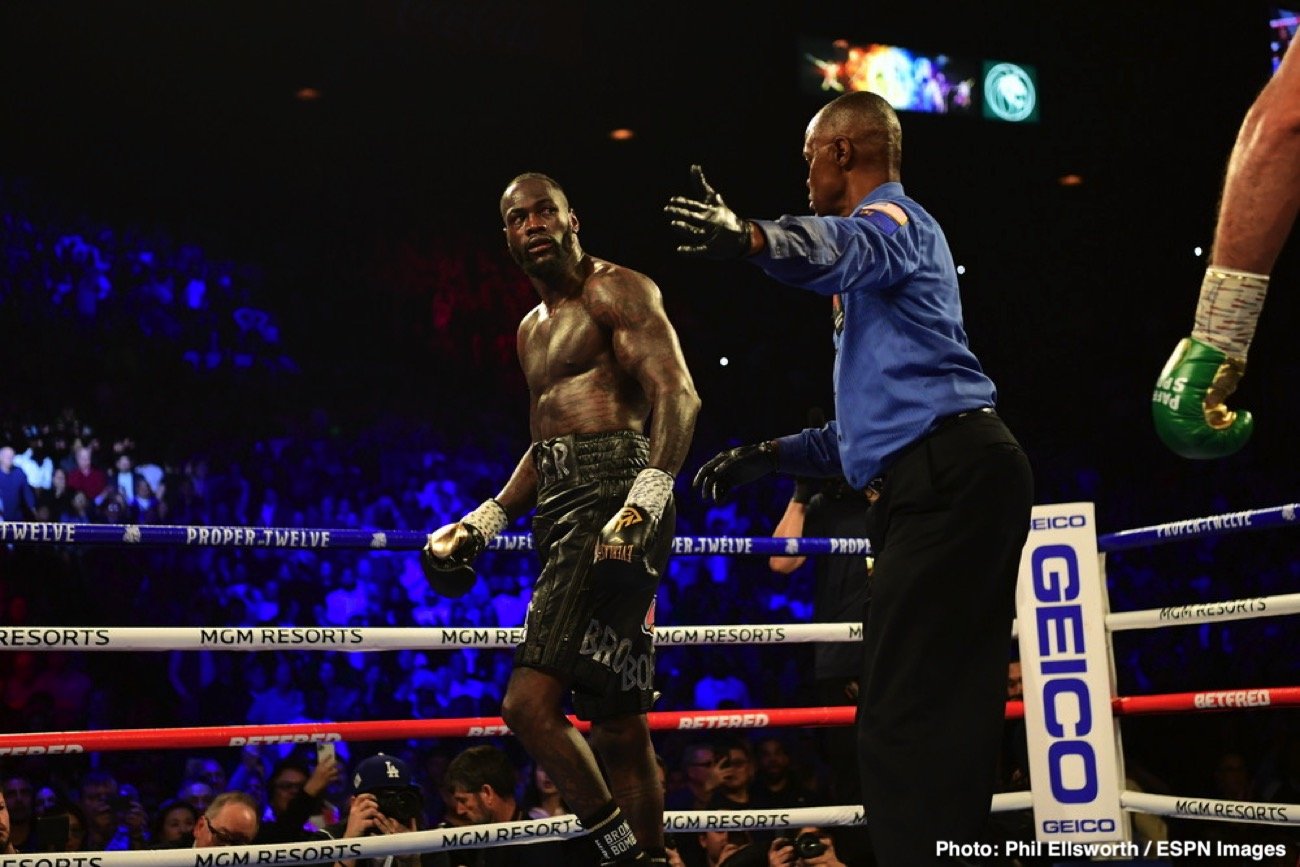 Was there “something wrong” with Deontay Wilder when he stepped through the ropes for his return fight with Tyson Fury in February? So shockingly one-sided was the fight, with Fury having things all his own way, that yes, plenty of people felt there was an issue with Wilder. Well, it turns out there was. Junior Fa, who served as the WBC heavyweight champ’s sparring partner for the Fury rematch, has told Sky Sports that Wilder injured a bicep towards the end of camp.

Fa, an unbeaten heavyweight from New Zealand who has also sparred Anthony Joshua (and is maybe closing in on a big fight with Joseph Parker) says he doesn’t know if the fight would have been any different if Wilder had not suffered the injury, but he confirms that the bicep problem was there.

“I was very shocked [by Wilder’s one-sided defeat to Fury]. The lead up and the training was actually really good. Deontay was looking great,” Fa said. “I think he did hurt himself towards the end of camp, which I don’t think would have played too much into the fight, but then I don’t know the extent of the damage of the injury he sustained. What I do know [is] that he did get injured, but I was very surprised by Fury’s game-plan. As soon as the fight started, and I saw Fury not really taking a backward step, trying to push Wilder to the ropes, I was thinking, ‘Oh man, this is going to be a hard night for Deontay.’”

So would the fight have been any different had Wilder not injured himself? Wilder himself has yet to fully explain what happened in the February fight but the former champ has hinted very srongly that odd things happened to him with regards to the fight. “There’s a lot of things that I don’t even want to talk about at this moment in time,” Wilder said when speaking on the PBC podcast shortly after the Fury rematch.

Wilder has gone very quiet since, with no word from him yet regarding the planned third fight in December. Does the bicep injury, and the fact that he will not be carrying such a handicap into the ring with him in a third fight, give Wilder any hope of being able to get his revenge over Fury?

Almost everyone you ask sees Fury as a comprehensive favorite to beat Wilder again.