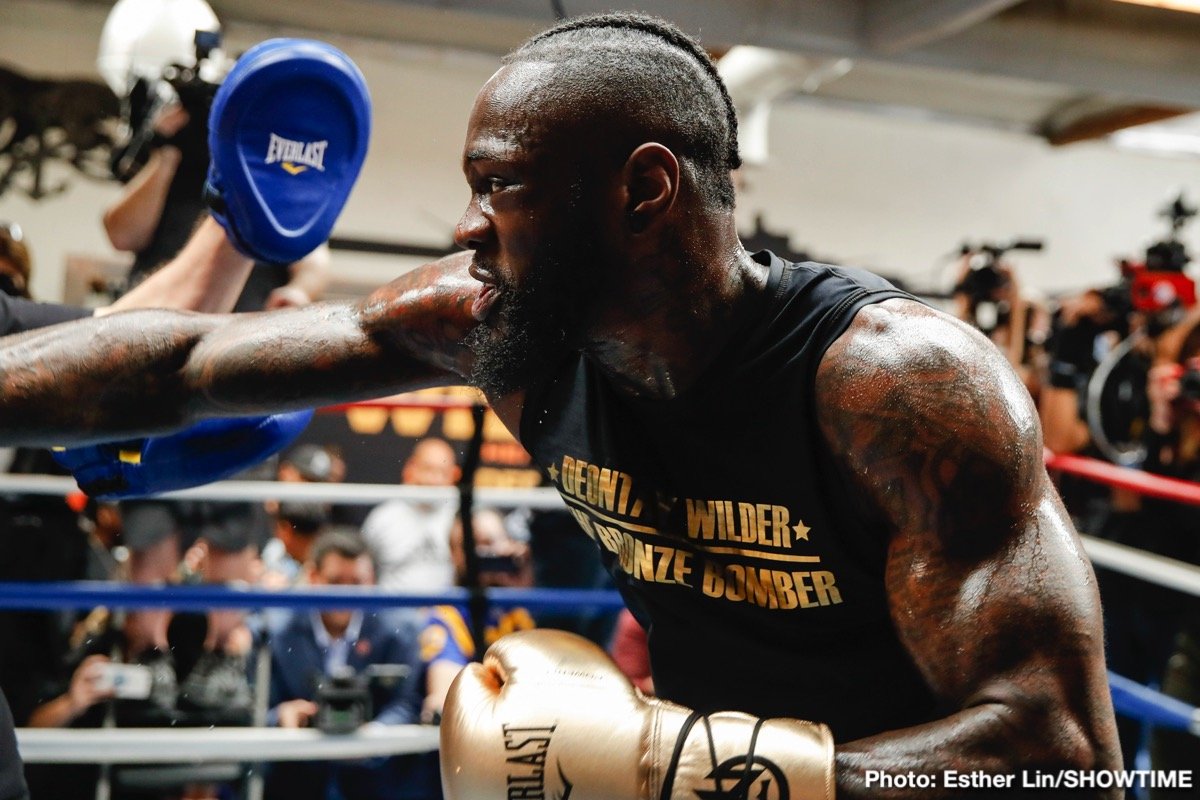 WBC heavyweight champ Deontay Wilder is well aware of the fact that a fighter’s prime years, his biggest years in terms of earning big money, are short. And to that effect the unbeaten power-puncher says he must “go where the money is,” as in the most money. Wilder, a “free agent,” says he has “no problem fighting on ESPN,” just as long as “everything’s right.”

As fans know, Bob Arum has sent a “tremendous offer” to Wilder to fight a return fight with Tyson Fury on ESPN, and Wilder is now mulling things over in this regard.

“If everything’s right that we want, I have no problem fighting on ESPN. Why not?” Wilder said in speaking with RingTV.com. “We want to go where the money is. That’s the point of the game. If I’m a free agent and another network is offering me X amount of dollars and another throwing dollars that’s better, what do you want me to do?I can’t sit back and let my years run away from me. You gotta make as much money as you can. I’m looking for generational wealth.”

Wilder is correct, and he has of course got every right to go where the most dough is. We now must wait and see if “The Bronze Bomber” is happy with the deal Arum has sent him, with all that is entails. If he is, we fans should be able to look forward to that massive return fight between Wilder and Fury – if not next (unlikely) then in the fall (Arum’s preference).

And on the subject of the first fight, the draw, Wilder insists he won the fight.

“My highlight is knocking his ass out in the twelfth round. His highlight is getting up off the ground,” Wilder said. “That’s why it was easy to see who the winner was. I still got my belt. To be a champion you gotta beat a champion.”

Of course Fury still has his status as lineal heavyweight champion, and in the minds of most fans this particular rivalry is far from settled. In fact it might take two more fights before it is, maybe even three. And if both fighters are plying their trade whilst fighting for the same network there should be no trouble in making these fights.