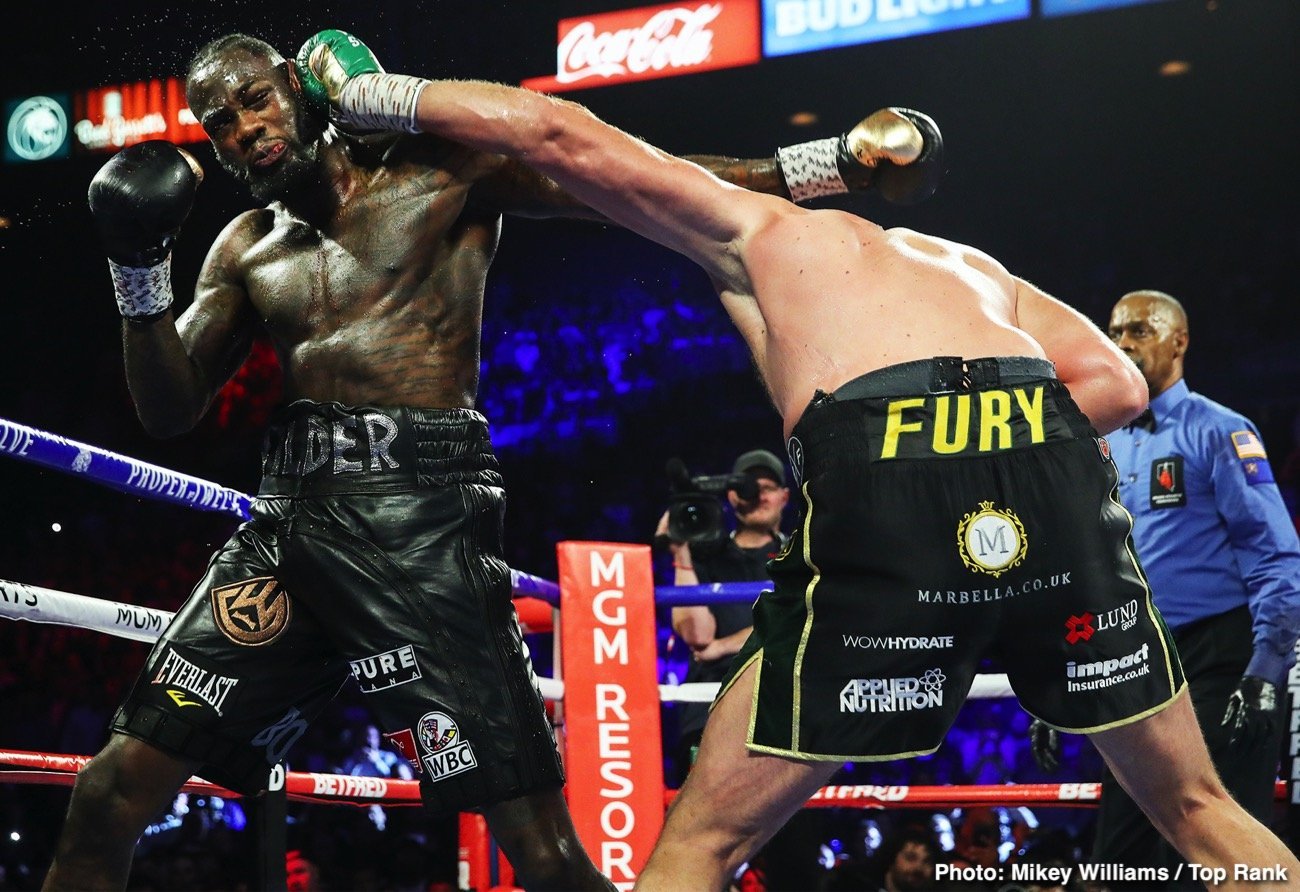 Yet more news has come out regarding Deontay Wilder. And this story is not laced with crazy, weird, and bizarre accusations. As has been reported by Mail Online and in a video uploaded by Barbershop Conversations, the former WBC heavyweight champion has turned down Floyd Mayweather’s offer to become his new trainer.

As fans may recall, not too long after Wilder’s crushing defeat at the hands of Tyson Fury in February, both heavyweight legend George Foreman and then Mayweather offered to climb on board and train Wilder, both greats believing they could help him come back and get revenge over Fury.

Wilder has yet to officially respond to Foreman’s offer but he has now said “thanks, but no thanks” to Mayweather.

“My thing is, every fighter I’ve fought, Floyd has bet against me,” Wilder said. “It ain’t even for me to discuss. Even with Mark [Breland], I need [a new trainer], Mark ain’t on the team no more. Nobody had anything good to say about my trainers before, but all of a sudden, you need him.

All this time, and all of a sudden now? Why? I don’t need anybody. I’ve made it all this far. Why do I need to change up anything? Of course, we need to replace [Breland], and you’re going to see what it is. But nobody has reached out to me. It’s publicity. When I see people do that stuff, it’s for publicity. But to the offer [from Floyd], thank you, but no thank you. I don’t feel any love from that man.”

Wilder, who has really been in the news these past few days, this after having remained silent for so long, went on to say that “it’s fake love to me,” in response to Floyd’s offer to help him. “It’s not real,” Wilder insisted.

As of now, Jay Deas, who has been there right from the start, is still Wilder’s head trainer. Someone will have to be brought in to replace Breland (who Wilder recently referred to as “disloyal”). Still, it’s anyone’s guess who this may be as it is anyone’s guess as to whether or not Wilder will ever actually fight again.