Demetrius Andrade sensationally invaded Canelo Alvarez’ post-fight press conference last night, with the unbeaten WBO middleweight champion gate crashing the presser to demand a fight with the unified super-middleweight champion. Andrade, convinced he has been avoided and is being avoided by the big names of the sport he is so desperate to fight, asked Canelo when he will agree to fight him.

Canelo, who had been answering questions from the media, talking about his stoppage win over Billy Joe Saunders, was angry and he told Andrade that he “has fought nobody.” Things got lively, with Canelo repeatedly telling Andrade to “get the f**k out.” At one point, Andrade’s father asked Canelo “why don’t you make him get out of here?” 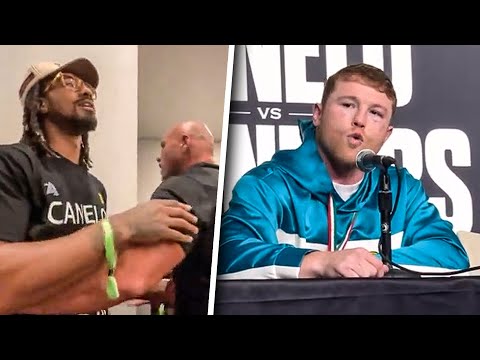 Security intervened, before Canelo, angrier here than he had been in the days leading up to the Saunders fight, shouted out how Andrade is a “horrible fighter.”

Next up for Canelo, it will likely be a fight with reigning IBF super-middleweight champ Caleb Plant. Canelo is close to accomplishing his goal of ruling as undisputed champ at 168 pounds. But Andrade has made it clear he isn’t going away, that he is more than willing to move up in weight to fight Canelo. But will the 33-year-old from Rhode Island ever get his big opportunity? Time could well be running out on this slick southpaw and his precious prime years.

Currently 30-0(18) Andrade saw a fight with Saunders fall through and now he is apparently more desperate than ever for the big-fight opportunities his talents deserve. Assuming Canelo defeats Plant later this year (as almost everyone feels will be the case, the Mexican superstar seemingly just about unstoppable right now), might the pound-for-pound best in the world then decide it’s time to shut Andrade’s mouth?

Andrade has full belief he would do what no other fighter can, and that’s defeat Alvarez. Andrade’s actions certainly livened up a standard post-fight press conference, that’s for sure. Not too many people can get Canelo to lose his cool in such a manner. 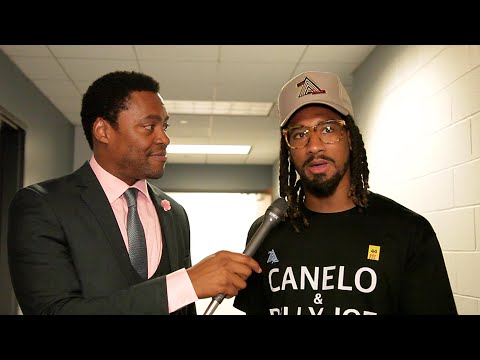