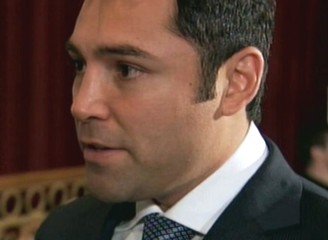 Naturally, it is the names De La Hoya, Calzaghe and Trinidad that have attracted the most fan attention.

Calzaghe, known as “The Pride of Wales,” is arguably the greatest super-middleweight of all-time. Calzaghe also captured world glory as a light-heavyweight. Never beaten, Joe walked away from the ring with a dazzling 46-0 record.

Trinidad, known as “Tito,” captured world titles at welterweight, light-middleweight and middleweight and at one time the Puerto Rican looked headed towards exiting the ring having never been beaten. Somewhat ironically, Trinidad’s biggest win came, in a controversial manner, against fellow inductee De La Hoya. The decision Trinidad earned over De La Hoya in 1999 still causes debate all these years later.

De La Hoya, known as “The Golden Boy,” definitely lived up to his moniker. The East L.A fighter with Mexican roots captured professional gold (after having won an Olympic gold that spring boarded his paid career) at super-featherweight, lightweight, light-welterweight, welterweight, light-middleweight and, amazingly, middleweight. De La Hoya also broke all manner of Pay-Per-View records during his glamorous time at the top of boxing.

With a combined record of 118-9(97), there’s no arguing with these three special fighters receiving their place alongside the likes of Sugar Ray Robinson, Muhammad Ali, Thomas Hearns, Mike Tyson, Roberto Duran, George Foreman and all those other fistic heroes who have inspired so many over so many years.

As to who is the greatest fighter of the three, well, that’s a whole other article entirely (for my money, I’d give Oscar the nod!).