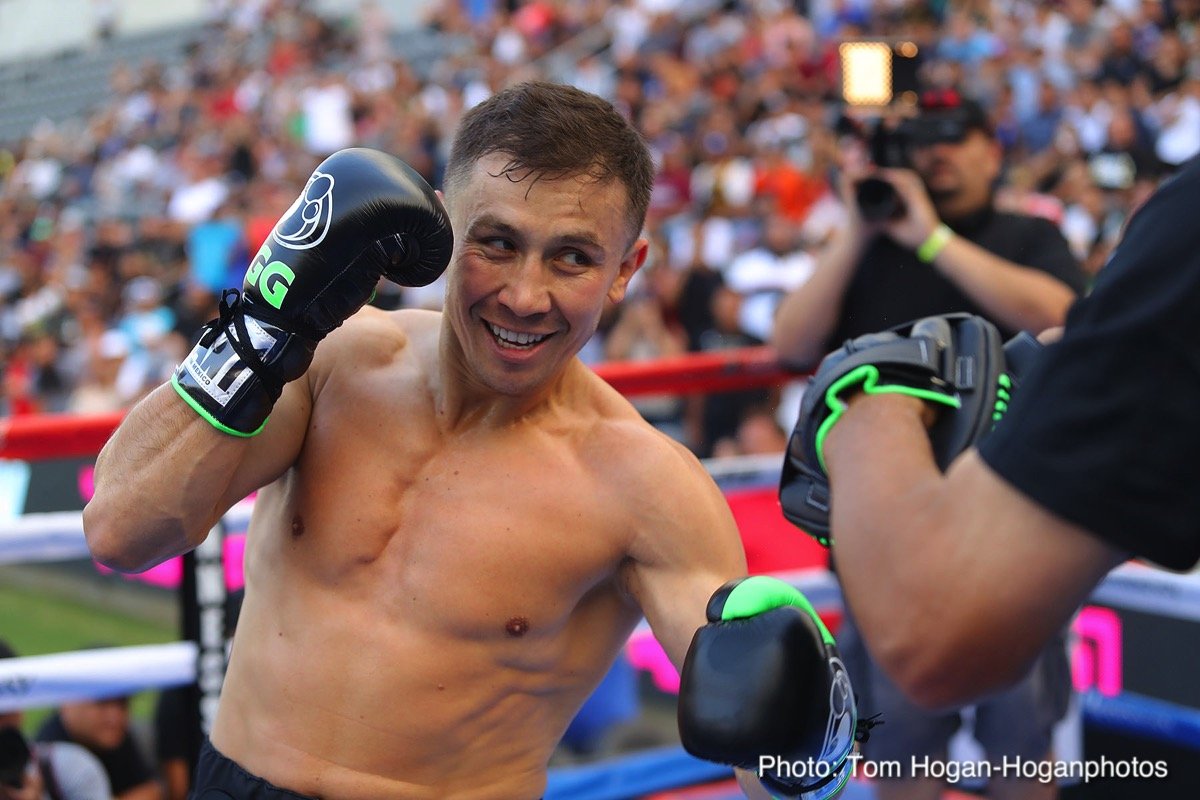 As per a news story from RingTV.com, “sources” say former world middleweight king Gennady Golovkin has narrowed his options down to just two when it comes to which network he will sign with ahead of his expected 2019 return to the ring. Since the demise of HBO, they’ve all been trying to get GGG’s signature: ESPN, DAZN and Premiere Boxing Channel (PBC).

And now, according to the website of “The Bible of Boxing,” GGG will sign with either DAZN or PBC. And the deep pockets behind the DAZN platform may well entice Triple-G to go with them. According to the news story, Eddie Hearn and John Skipper (the executive chairman of DAZN) met with Golovkin yesterday in Los Angeles and the monster offer put in from of him was this: a cash offer of between $42 and $45 million for just two fights.

The word is, the plan (if GGG indeed signs with DAZN) is for the 36 year old (who is, in the opinion of more than a few fans and experts, still the best 160 pound fighter on the planet today) to return to action in either May or June – possibly against reigning WBO middleweight champ Demetrius Andrade – and then fight that massive third fight with arch-rival Canelo Alvarez in September of this year.

"Gervonta Davis can put you to sleep with either hand," Floyd Mayweather

It seems as though such an offer will be incredibly hard for GGG to pass on. PBC’s offer to Golovkin is also understood to be a generous one – with two would-be fights there paying him eight-figures a pop should he put pen to paper and go with Al Haymon’s group – but if it’s that third fight with Canelo that Golovkin really wants (and there is no reason to believe otherwise), then his going with DAZN and their mega-bucks offers does seem the most likely option he will take.

Canelo has already begun reaping the rewards of fighting on DAZN and now GGG looks likely to pick up a huge slice of the action himself.

In terms of the two fights GGG would (likely) have if he went with DAZN, we fans would be most happy. Golovkin against Andrade would be a very interesting fight, and who does not want to see GGG/Canelo III?