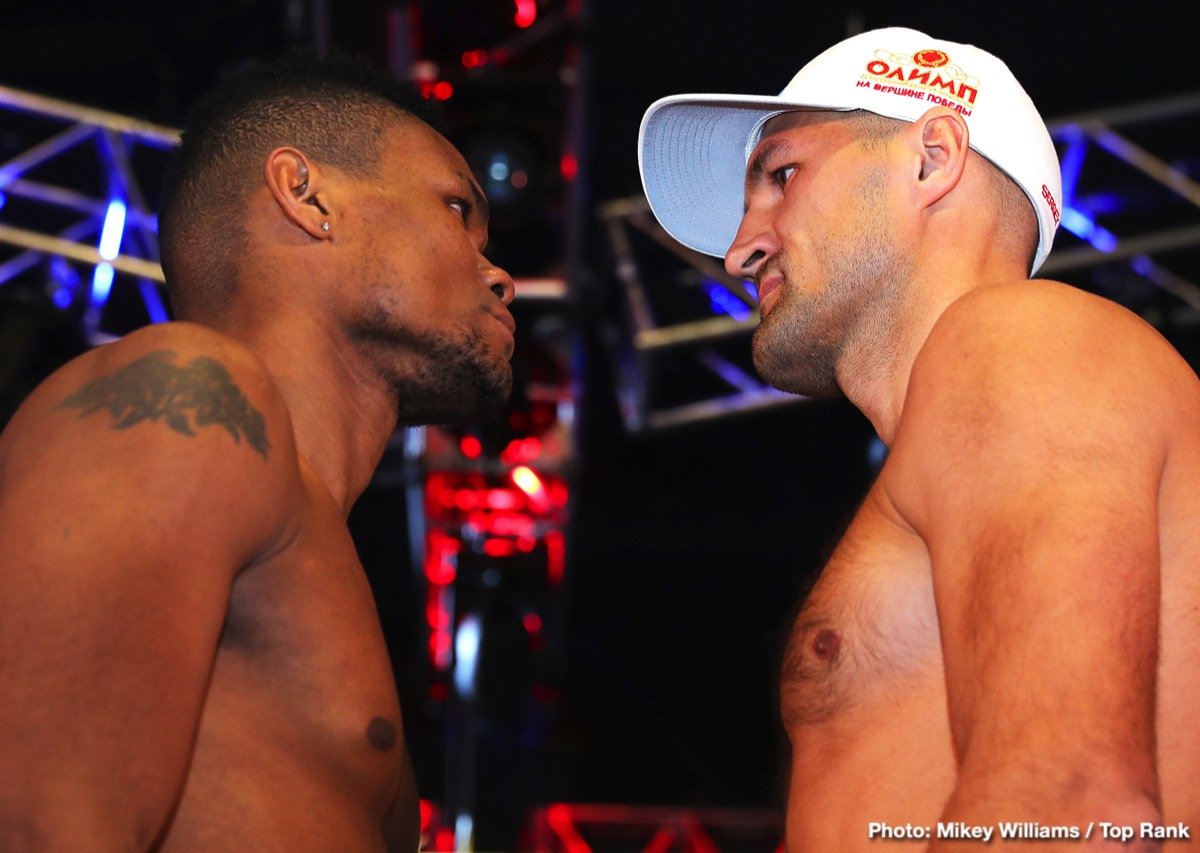 Sergey Kovalev is no stranger to adversity. His path to light heavyweight honors was a lot more rugged than most. Unlike a lot of the prominent former Soviet Union fighters around at the moment, he lacked the springboard of an illustrious amateur career to propel him to professional stardom. His record was impressive but no one knew his name. He toiled away in the US in absolute obscurity, fighting often without pay to make his way up the rankings. He earned his acclaim with a grim rampage through the ranks, amassing dozens of knockouts on the way. He never got his date with the other pre-eminent light heavyweight of his time, Adonis Stevenson, but he was nevertheless considered by most the top man in the division.

Then came Andre Ward, who set in motion the latest wave of adversity in the Russian’s life, inflicting on him his first defeat and then subsequently his first stoppage loss. The Krusher looked to have rehabilitated himself in his next two fights, viciously stopping Vyacheslav Shabransky in three and grinding down the unheralded Igor Mikalkhin in seven. Then, when some had assumed the ghost of Ward had been banished for good, Eleider Alvarez proved otherwise. The Krusher lost once more by way of knockout.

As befits a man who has always been unwavering in his willingness to challenge the best, he opted for the immediate rematch. Such is his determination to demonstrate the previous fight was a solitary aberration, another bump in the road en route to undisputed supremacy. Whilst I wish that were the case, I remain unconvinced.

As after the Ward fight, it is questionable whether Kovalev has understood properly the causes of defeat. Then, just as now, he attributed his failure to improper conditioning, or rather, over-training. Why was it then, that this error was repeated?

This verdict was however corroborated by his latest trainer, Buddy McGirt. This time round, precautions were taken to prevent Kovalev undergoing extra training sessions on the sly. His team ensured a more balanced training regime and sensible approach to weight loss were adopted.

That’s all well and good, but is Kovalev right in thinking it was his fight to lose last time; a victory thrown away. Such a conclusion overlooks the excellence of Alvarez’s performance. The Colombian’s control of distance, lateral movement and feinting broke or rather prevented Kovalev achieving any kind of rhythm. When Kovalev would attempt to launch an assault he’d meet him with a sharp accurate power jab. He couldn’t seem to miss with it. He controlled the fight and took the best the Krusher had to offer in the fourth round, and asked for seconds. And when he saw his opportunity, he ruthlessly closed the show.

However, even the quality of that performance does not seem to have earned him Kovalev’s respect. As far as the latter is concerned, the fight had been lost in the gym. That was Ali’s precept, and of course, there is a great deal of truth in it. But a fighter has to be able to appreciate the errors made inside the ring as well as those made prior to it. It is this failure to appreciate the dynamics of the fight that make me doubtful of the Krusher’s prospects of success in the second one.

The same limitations that were exposed in Ward fights were there to see in the Alvarez one. The Krusher is manifestly over dependent on the straight punches, particularly the right hand. Alvarez was able to neutralize the right hand by taking away the Kovalev jab. He controlled the distance and made the Krusher tentative with his jab. Whereas his jab, thrown most often as a counter, couldn’t miss Kovalev’s static head. Once again in the second half of the fight the Krusher lost his shape and got sloppy. That could be the conditioning deficiency again, but it is also a lack of professional savvy. When he was hurt, just as against Ward he didn’t know how to survive. This is lack of professional ring-craft as much as fitness.

This is not to say that Kovalev hasn’t got a chance of victory; far from it. Judging from the weigh in he looks to be in excellent physical condition and optimistic. His mentality is a lot more reassuring this time as compared with his demeanor before the Ward rematch. It sounds to me that his team have taken a very astute approach to training. However, it is not easy to come back from a heavy knock out defeat like the one he suffered last time round. It will inevitably have taken something out of him. Alvarez will be full of confidence and I doubt he will succumb to complacency. He will have enough in the locker to repel even an improved Krusher. He simply has more depth to his game. I therefore expect it to be another victory for the Colombian, most likely by stoppage or on points. But I’d love the man from Chelyabinsk to prove me wrong. “