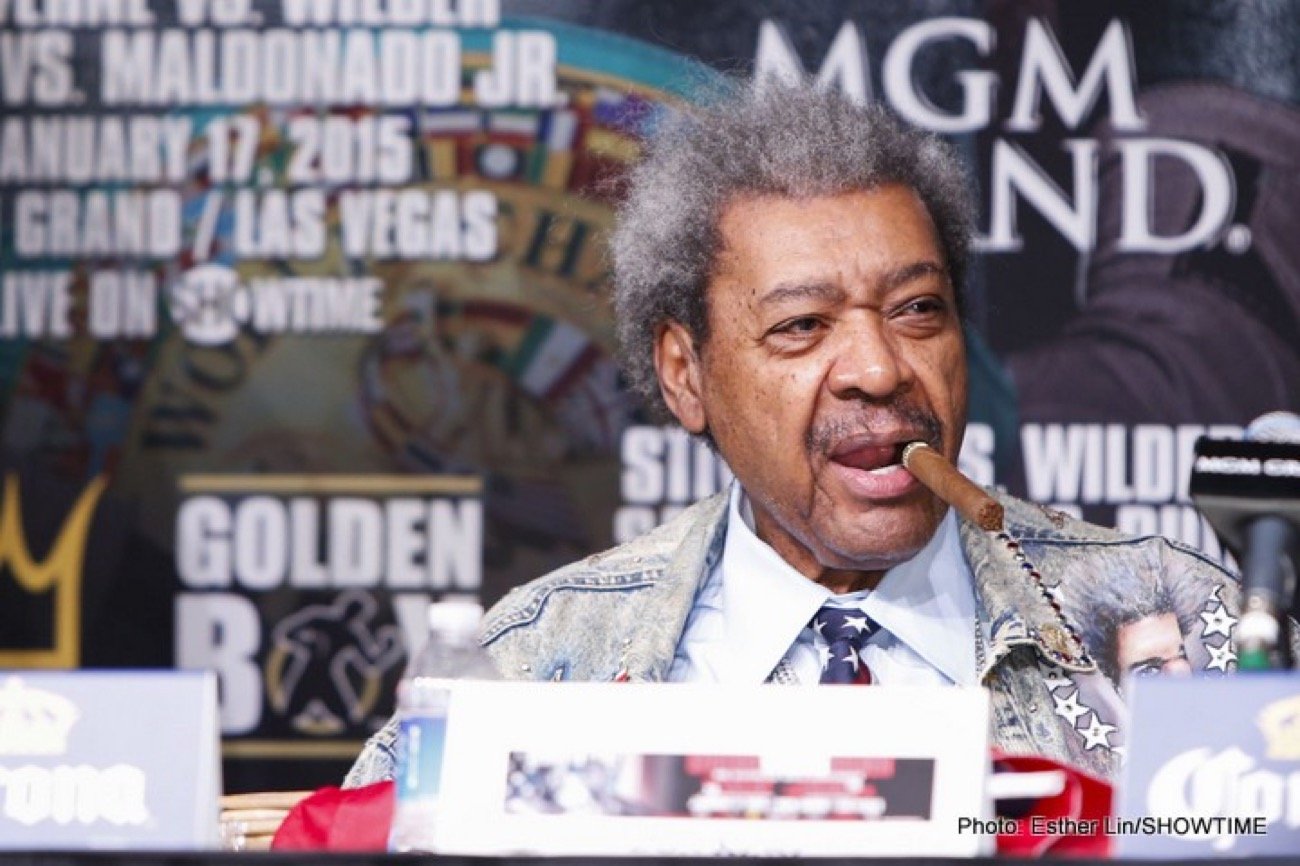 It turns out 89-year-old Don King ain’t quite done shaping and influencing the heavyweight division just yet. Word has come via IFL TV (who today celebrate their 10th anniversary) that the intriguing heavyweight clash between Britain’s Dave Allen and unbeaten but untested US heavyweight Christopher Lovejoy is now in danger of not happening as scheduled on the Usyk-Chisora card in London.

As Eddie Hearn explained, King got in touch with him in the early hours of this morning, angrily informing him that Lovejoy was and is under contract with Don King Productions. Not only that, but King also informed Hearn how Lovejoy is down to fight his other unbeaten (but largely untested) heavy, Trevor Bryan. Hearn said that when he offered to get a fight done for Bryan in December, this to let Saturday’s Allen-Lovejoy fight take place, King was too angry to make any deal. Hearn added how King has no date set for a Bryan-Lovejoy fight.

In a nutshell, without Don King’s blessing, there will not be a fight between Lovejoy and Allen this weekend. This is a shame for those of us who were looking forward to seeing whether or not the towering, approx 350 pound (maybe, some, like Allen, refuse to believe Lovejoy is really that heavy) Lovejoy could back up his big talk. Lovejoy is 19-0(19) yet he has never faced anyone of even remote note. Despite this, the 36-year-old insists he is THE man at heavyweight.

Hearn says that if he doesn’t get King’s blessing, Allen, 18-5-2(15) will face a very late TBA, likely a British fighter. 28-year-old Allen looks to be in great physical shape so of course it would be a real shame if he had to sit it out and have no fight on Halloween Night. Let’s hope King will agree to let Lovejoy take the fight. Hearn isn’t holding his breath, though. Hearn says King was pretty mad, mostly at Lovejoy, when he spoke with him.

The “Only in America Man” still carries some power.