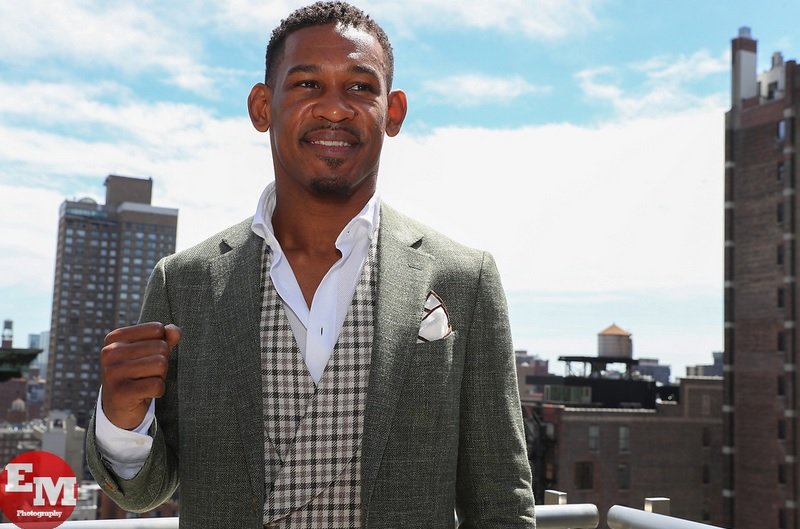 Danny Jacobs insists he is not in any way overlooking Maciej Sulecki, who he will face in New York tomorrow night (heavyweights Jarrell Miller and Johann Duhaupas to collide on the same card), but at the same time, “The Miracle Man” is eyeing a second fight with world middleweight king Gennady Golovkin.

A huge for the weight Jacobs pushed GGG all the way last March, losing a close decision that some people, including Jacobs himself, felt he had done enough to take. Now – in fact ever since – Jacobs is aiming for “revenge.” Jacobs, though, says he truly believes he won the fight from just over a year ago. With tomorrow’s fight with the unbeaten Sulecki being a WBA final eliminator, Jacobs is, in theory, one win away from sharing a ring with Triple-G for a second time.

“Sulecki is a tough guy who will come and bring it,” Jacobs, 33-2(29) told Sky Sports. “I look forward to him coming to fight, we both have the opportunity, if we win impressively and become the WBA mandatory challenger, to take on Golovkin so we will be like two bulls attacking each other. I truly believe I won the fight with GGG but the judges saw it differently. I would come forward and be the aggressor more in a rematch. The fact we nullified him down to a Golovkin we hadn’t seen before and it was me who landed more power shots when he is known as the devastating puncher says a lot.”

It was certainly a good performance by Jacobs, yet against GGG the opinion was that the Brooklyn man was too tentative, that he gave Golovkin too much respect. If he did come out in a more aggressive manner in a return fight, as big and as powerful as he is – combined with the fact that GGG is a year older now and, some say, fading at least a touch – it could make it a different fight.

Jacobs, aside from Canelo Alvarez (who may be ready and able to fight GGG in a September rematch) and WBO middleweight champ Billy Joe Saunders, is arguably the most interesting/intriguing challenger out there Golovkin’s middleweight supremacy. If Jacobs can look good in handing Sulecki, 26-0(10) of Poland his first loss, “The Miracle Man” will take one big step towards getting his rematch opportunity.