The Conor Benn saga continues. Benn, whose positive test for a banned women’s fertility drug shocked and rocked the boxing world earlier this month, the heavily-hyped Benn-Chris Eubank Jr fight collapsing as a result, is still claiming his innocence – this despite the fact that it has now been confirmed how Benn tested positive for clomiphene twice, once in July and once in September.

Benn, speaking with UK tabloid The Sun, says “the tiniest trace amounts” were found in his system and that he is no cheat. Benn says “contamination” is to blame for the adverse findings in the two tests. Benn insists he “did not take anything,” that doing such a thing is “not what I stand for.” 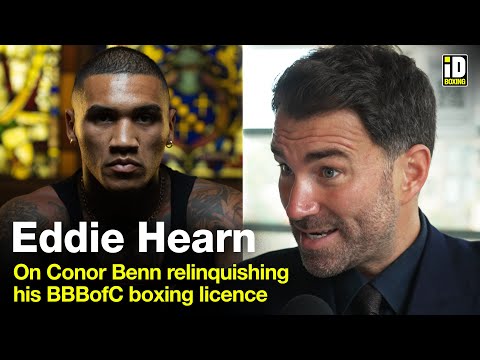 Why, Benn asks, would he sign up for VADA testing in February if he was planning to cheat, this before the biggest fight of his boxing career? Benn says he has paid “some very expensive scientists to get to the bottom of this.” Benn added that if one Googles the fertility drug clomiphene, it says the drug stays in a person’s system for one month.

“Do I look like an idiot?” Benn has demanded. Benn, who spoke again about how he passed all UKAD tests – this something “people aren’t talking about,” he pointed out – gave up his British Boxing Board of Control license and he says he will not box again until his name is cleared.

So what do the fans think of this whole situation? Are people willing to give Benn the benefit of the doubt? Maybe not. For many people the damage has been done. Irreversible damage. Can Benn possibly get his good name back?

Benn did add that as people are portraying him as the villain, he “might as well be the villain.”