This Saturday night’s female super fight between Claressa Shields and Savannah Marshall has been a long time coming. How long ago was it that Marshall defeated Shields in the Olympics, thus putting the sole blemish (an MMA fight defeat aside) on Shields’ record? How long have these two unbeaten pros, each a champion, been going back and forth on social media (and sometimes up close and personal), exchanging insults?

Too long, and now we get the fight; the rematch if you like. And the bad blood is real with this one. Maybe female boxing is not quite your thing. Maybe it will become so after this fight (and its superb supporting fight, this between the also excellent Mikaela Mayer and Alicia Baumgardner). 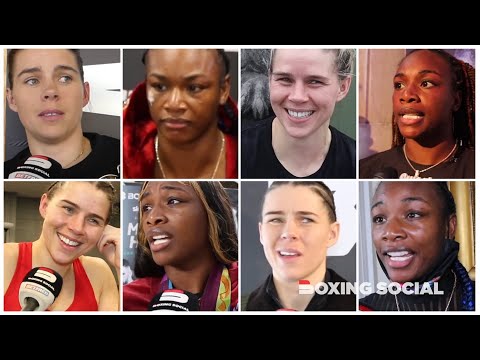 For all the middleweight belts available to a woman fighter, Shields, the WBC/WBA/IBF and Ring Magazine ruler, will shoot it out with Marshall, the WBO champ. Who will walk away with all five belts? Will we see a KO or a stoppage either way? Will we see a great fight? All of these questions and more will be answered before an expected 20,000 crowd of fans crammed inside a buzzing O2 Arena in the heart of London – this in the first-ever all-female card.

Marshall – who trainer Peter Fury claims is THE hardest puncher in female boxing history (the likes of the great Ann Wolfe would likely disagree) – seems to have gotten firmly under Shields’ skin, the trash-talk battle that, let’s face it, often means little to nothing, perhaps having been won by the Brit. But the 12-0(2) Shields, as angry as she may be going into this fight, knows she has the class, the skill, the talent to overcome power. Marshall, Shields says, will have to bring a lot more to the ring if she hopes to defeat her.

In fact, Shields, 12-0(2) has not moved away from predicting a KO win of her own. 10 rounds, with so much at stake, with perhaps personal pride being the most important thing at risk – this fight should indeed prove as memorable as its build-up.

Prediction: Shields, having to overcome some rough moments, if not a trip to the canvas, wins a close, thrilling, rematch-demanding decision. 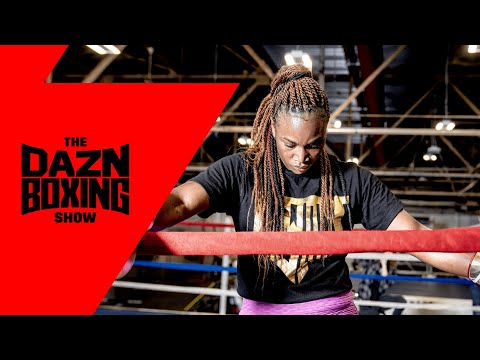