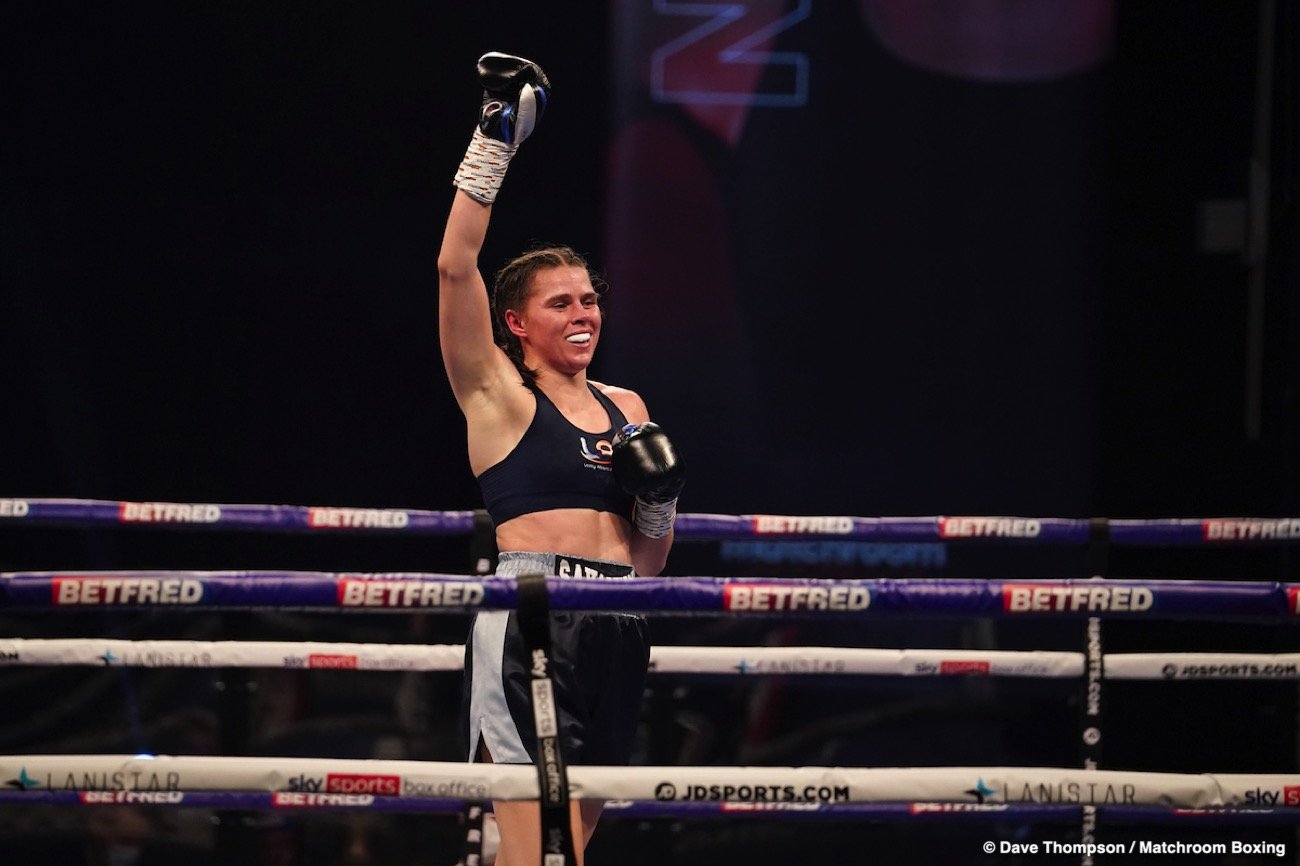 Though talk of a Claressa Shields-Laila Ali fight has vanished, there could be another grudge-match in store for Shields, the all-conquering, self-proclaimed “Greatest Woman Fighter Of All-Time.”

It was at the 2012 World Championships when Britain’s Savannah Marshall, then aged 21, picked up a decision win over the lady from Flint. Never before or since has Shields, now aged 25, lost a fight. And after her brilliantly impressive 7th round stoppage win over common opponent Hannah Rankin on Saturday night on the Usyk-Chisora card, Marshall, who won the WBO middleweight title (Rankin losing a decision to Shields back in 2018), called out Shields.

In fact, the Peter Fury-trained Marshall, 9-0(7), went further than that, stating how Shields “doesn’t want none of me.”

“The only reason Claressa’s got the belts is that she got there before me, not because she’s better than me, because I will tell you now, she certainly isn’t,” a victorious “Silent Assassin,” said. “And I know she doesn’t want none of me.”

Shields was quick to respond:

“Be careful what you say; it comes a time you gotta back all that shit up.”

Eddie Hearn, who promotes Marshall, said to IFL TV that an offer would definitely be made to Shields soon, with Hearn stating his respect for Shields but adding how Marshall beats her. Again.

Okay, we cannot take too much from the amateur win Marshall scored way back when just as we can never be suckered into making too much of any win a future big-name fighter scores over another big name at amateur level. Still, like it or not, this win by Marshall will be used as one of the selling points pertaining to this in-the-works-fight. Not that it needs any fake hype.

Shields Vs. Marshall is a great match-up, and a case can be made for either woman winning. From the standpoint of a British boxing fan, here’s hoping Hearn can entice Shields into fighting Marshall in the UK next year sometime.

It’s clear both ladies want it.