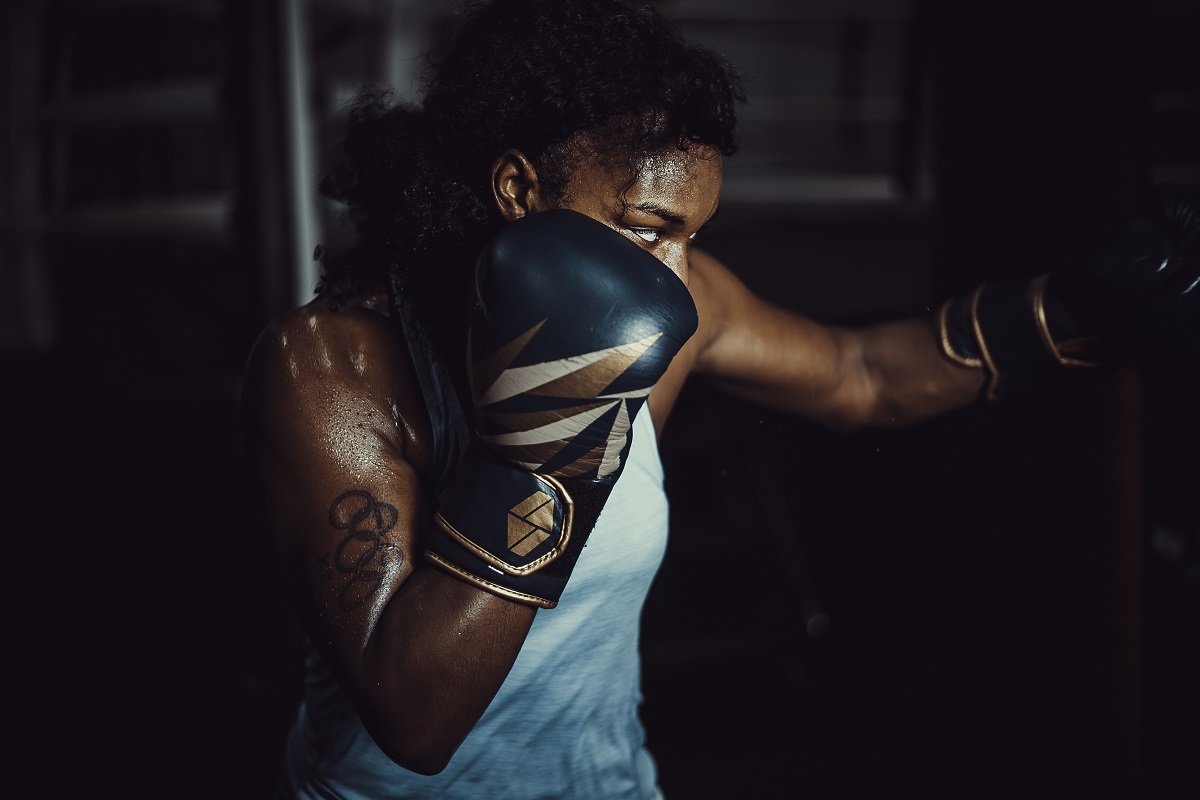 Two-time Olympic Gold Medalist Claressa Shields is deep in preparation for her attempt to become a two-division world champion when she faces fellow unified champion Hanna Gabriels at Masonic Temple in Detroit on Friday, June 22.

Shields, a unified champion at 168 pounds, and Gabriels, a unified titlist at 154 pounds, will meet for the vacant IBF and WBA Middleweight World Championships on SHOWTIME BOXING: SPECIAL EDITION at 10 p.m. ET/PT live on SHOWTIME.

SHOWTIME BOXING: SPECIAL EDITION will also feature extensive highlights of unified women’s middleweight champion Christina Hammer (22-0, 10 KOs) as she defends her WBC & WBO titles in her U.S. debut against former world champion Tori Nelson (17-1-3, 2 KOs). If both Shields and Hammer are victorious in their 160-pound bouts on June 22, they will meet in a fall blockbuster on SHOWTIME to determine the undisputed women’s middleweight world champion.

How has training camp been so far?

“Training camp has been great. It’s been fun and I’ve been working my butt off. I can’t wait to step in the ring with another champion and make history by winning the world title in my second weight division!”

What can fans expect from you on June 22?

“The fans can expect for me to fight like I’m Okoye from Wakanda! I’ve never been more motivated, more ready, and more able to take on the challenges and achieve my goals. I want to fight the best, and I want to be the best ever. I will give everything on June 22 against Hanna Gabriels to win a world title in my second weight division, then I want Christina Hammer, so we can unify all the middleweight belts, and then my sights will be on getting to the 154-pound world title.”

What are some of your future goals in boxing?

“I want to lift women’s boxing for all the women past, present and future. I want equality for women and men in boxing. I want to be recognized as one of the pound-for-pound best in the sport among both men and women, no gender labels. And I want to be known as the best female boxer ever. I’m ready. Come to Detroit on June 22 and see me live, watch me on SHOWTIME, and join the team as we make history!”

What have you learned training with John David Jackson?
“Coach John is very knowledgeable, he’s been working with me on my patience. He admires the beast inside of me, but just wants me to control it more and be smart. He’s been to the biggest battles with some great world champions, and I’m glad to have his experience and knowledge on my team.”

What is your typical day like in camp?
“A typical day in camp can go according to either of two plans. Plan 1 is I wake up at 9 am, make myself a small breakfast (2 boiled eggs, 2 pieces of turkey bacon and some steamed asparagus) or a fruit smoothie. At 11 am I’m at the gym training. By 1:30 pm, I’m at the gym. My workout usually consists of bag drills, mitt work, shadow boxing, jumping rope, speed bag and ring drills. Then I either swim or run at 6 pm the same day. On the days I do Plan 2, I still wake at 9 am and have my breakfast and then 11 am-1:30 pm, I’m in the gym. But right after that, I do strength and conditioning, which consists of box jumps, dumb bell squats, some drills with weights for my upper body, or a four-mile run.”

Have you made any changes to your training and nutrition for your first fight at middleweight?
“Right after my fight with Tori Nelson, I knew I would be fighting next at middleweight, so I stayed in the gym three times a week until Mark (Taffet) told me we secured June 22 on SHOWTIME against Hanna Gabriels. But to properly make middleweight, I had to learn about my body some more. Losing weight is more about a routine than it is about eating less food. The good thing for me is that I like healthy food – my body and mind feel best when I eat that way. The only difference in camp is I eat smaller portions of the food I like and drink a lot more water. This camp I’ve been heavy on fish, all kinds of fish from cod, salmon, Atlantic salmon — with sides of asparagus, sweet potatoes, rice or spinach. And body clock is important, so no eating after 7 pm. I’m feeling great and will be in the best shape of my life when I get in that ring on June 22.”

Who are your sparring partners?

“So far, I’ve sparred with Matt Korobov and Daniyar Yelluisar. I love to spar with men – I find that the strength and speed helps me get the most out of the sparring.”

What have you done differently in preparation for this fight?

“Well I always say this, but I don’t get ready to face my opponents – my trainer John David Jackson focuses more on the opponent than I do. I just get prepared to be the best version of me. I’ve seen film of Hannah and I’m not impressed – I know she’s a champion and I respect that, but I’ve never seen a woman who can stay in the ring with me. It’ll take two of her to even have a chance at beating me.”