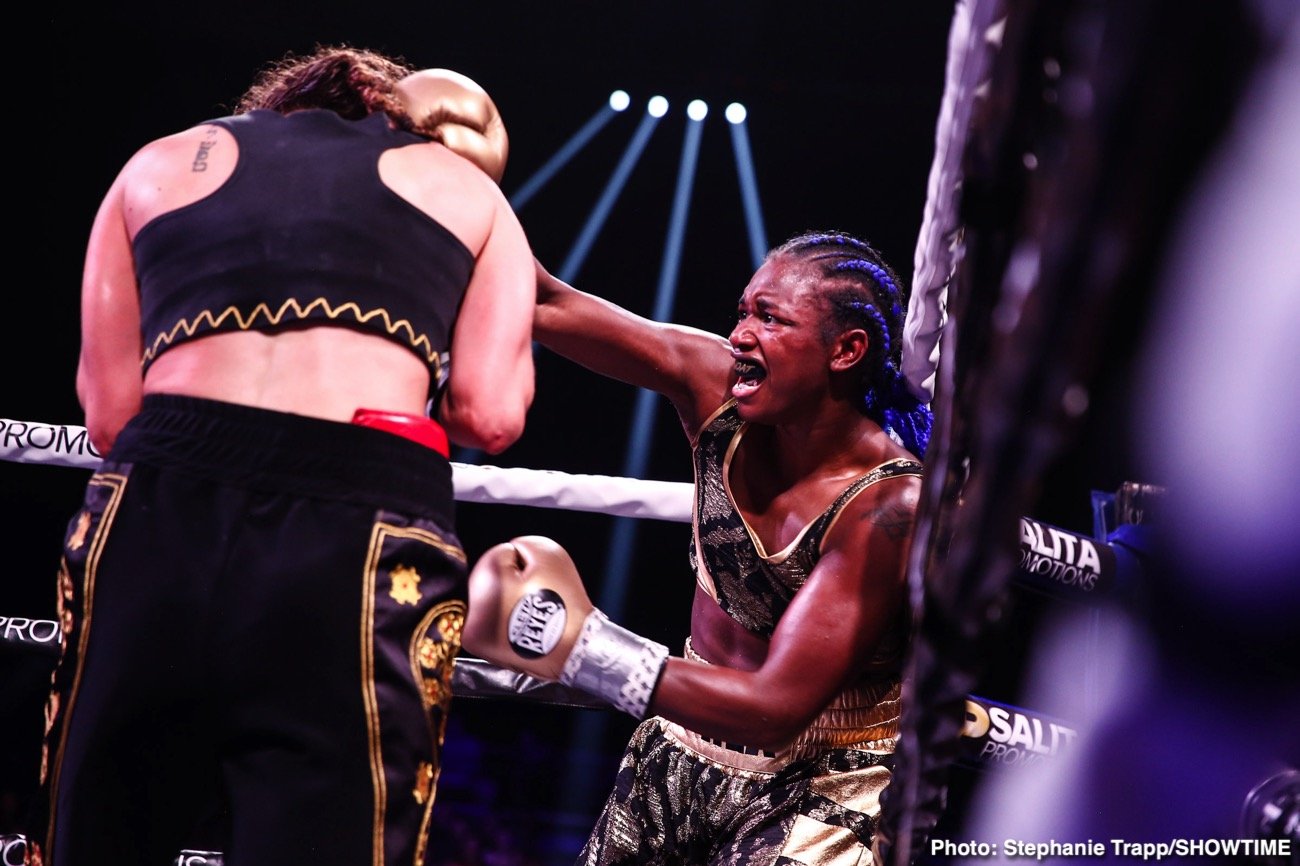 Having become a three-weight world champion in boxing, in so doing becoming, according to herself, the “GWOAT,” Claressa Shields will now try her hand at MMA. As per a report from MMA Junkie, Shields has signed a deal with the Professional Fighters League (PFL), and the 25 year old will engage in “one-off fights at lightweight.”

Lightweight in MMA is 155 pounds. Shields, who has a current record of 10-0(2) in boxing, has won world titles at 154, 160 and at 168 pounds. As a amateur boxer, Shields lost just once in over 70 bouts. But can Shields, as good – or great – as she is, make the transition to MMA? It all depends on who Shields is matched with. If it’s an opponent who looks to stand and box with here, Shields should be fine. However, what happens if Shields is taken down to the floor? How good are Shields’ wrestling skills?

Shields is of course far from the only big name boxer to have wanted to try things out in MMA – we’ve seen former champions like James Toney and Ray Mercer make the switch, with mixed results (or one very bad night in the case of “Lights Out.”) For a while, Shields has been speaking of her desire to go to MMA. The boxing side of her career will still be there, but it could prove tough for Shields, juggling two fighting careers.

It would of course be a big achievement if Shields, who is also a two-time Olympic gold medal winner, managed to become a champion in two combat sports. No date has been given yet as to when Shields will fight her MMA debut. It’s also interesting to wonder how long Shields has been training under MMA rules as she gets ready for the jump.

In terms of boxing, British star and recently crowned WBO middleweight champ Savannah Marshall – the only fighter to have ever beaten Shields, this at amateur level back in 2012 – is calling for a rematch. But will this fight happen now?