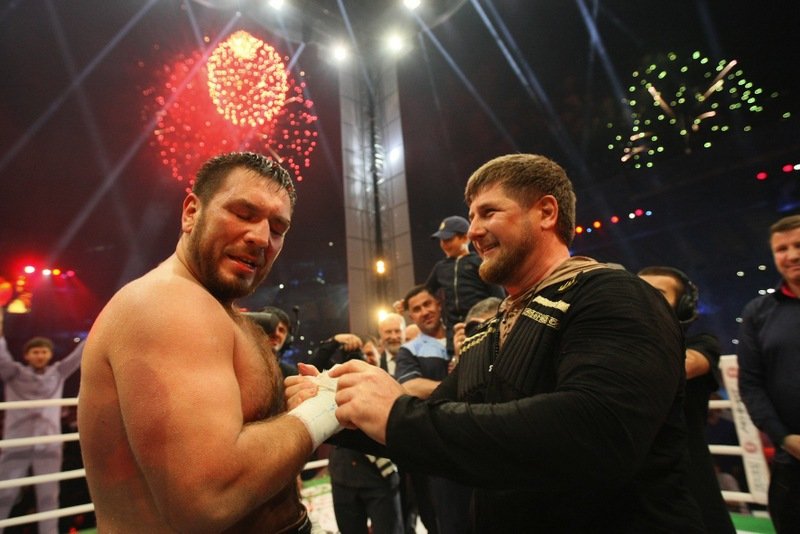 The unbeaten 28-year-old shocked the German hero in his backyard last May when he outpointed him over twelve rounds to win the vacant world title. He then came to London and defeated Frank Buglioni in the first defence of his title.

Silent and deadly, Chudinov said: ”The title stays with me.”

Sturm, a four-time World Champion, goes straight back into his rematch against Chudinov and the 36-year-old says he’ll be back to his best.

“I made a lot of mistakes in the first fight, I could only show 20% of myself, but this time I’m ready, all or nothing, I’ll prove I’m still one of the best in the World,” Sturm said.

With Chagaev v Browne, BoxNation viewers’ will see one of the first elimination fights in the WBA heavyweight tournament that aims to determine one true world champion in the organisation.

Southpaw Chagaev from Uzbekistan is a two-time WBA World Champion and is well know to British fight fans’ after beating Michael Sprott and then Matt Skelton in a world title defence.

The 37-year-old has only lost twice – to Wladimir Klitschko and Alexander Povetkin – in 37 fights with 21 knockouts and says he’ll do a number on his Australian rival. He said, “I will defeat Browne and ultimately go on to show that I’m the best in the division.”

Dynamite-punching Browne, from Sydney, Australia, who is promoted by British great Ricky Hatton has won all 23 fights and has knocked out 20. The brash and exciting 36-year-old is a hit with

BoxNation viewers with two of his previous UK appearances televised on the The Channel of Champions.

Browne said, “Make no mistake, I’m going over to Grozny to knock Ruslan Chagaev out. I’m not interested in leaving the fight in the hands of the judges so I’m going to bring my two judges with me, my left hand and my right hand.

“I’ve already started the process of turning my body into a machine and I’m going to destroy whatever is in front of me. Travelling overseas to fight doesn’t bother me in the slightest. I’ve done it many times in my career and at the end of the day it’ll be just me and Chagaev in the ring.