Yesterday, in his hometown of Bayonne, former world heavyweight title challenger and genuine all-around tough guy Chuck Wepner was present as a statue of his likeness was unveiled by the mayor and other dignitaries. Wepner, a sprightly 83 years of age, is, of course, famous for a few reasons: he is the “Real life Rocky,” he once scored a knockdown over the one and only Muhammad Ali, and Wepner is the only man to have fought the formidable trio that is Ali, George Foreman, and Sonny Liston.

With Wepner at the unveiling were boxing greats Larry Homes, Gerry Cooney, and Iran Barkley, while actor Liev Schreiber, who played Wepner in the movie “Chuck,” also known as “The Bleeder” was also on hand to pay tribute to the man who fought during the golden age of heavyweight boxing.

Wepner spoke about how much the statue means to him, jokingly stating how he will one day be laid to rest at its side.

“The reason I’m here is because of all of you guys. I’ll never repay Bayonne,” Wepner said. “I’m going to ask the mayor; when I go, I’m being cremated – stick me down next to my statue.”

Wepner may well stick around for some time yet. Chuck, one of the great survivors of the sport, both in the ring as well as out of it, had been through some tough times – jail, drugs, a battle with cancer – and he is still here to talk about it all. Wepner was no natural boxer, as he himself would readily admit, and he was no great fighter. But Wepner was tough, and durable, and he was always willing to fight the best. Imagine going in with Liston, Foreman, and Ali, this with no fuss, with the hungry slugger looking to make no demands for this or for that. Wepner really did fight in a different era.

It is, of course, due to the monstrously successful ‘Rocky’ movies that Wepner is best known, he being the influence a struggling actor/writer named Sylvester Stallone was looking for back in March of 1975. Who knows how different things would have been for both men had Wepner not fought his heart out the way he did when he got his once-in-a-lifetime chance against Ali?

It’s no coincidence that the soaring ‘Rocky’ theme played yesterday as the statue of Wepner was unveiled. Plenty of fighters have been handed the tag “Real life Rocky,” but Chuck Wepner is the man. 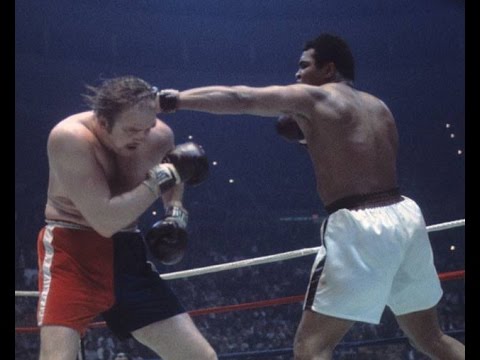