Chris Eubank Jr is disappointed by Conor Benn’s positive test for the banned substance clomifene because it “muddies the story” of their fight this Saturday night at the O2 Arena in London.

It taints the fight, and it puts it at risk of being canceled or postponed. Oddly enough, Benn (21-0, 14 KOs) has denied knowingly taking the banned substance, and he maintains that he’s made no violation.

It would be interesting to know how the banned substance got inside Benn’s body. Did he eat or drink a tainted nutritional substance or was this intentional?

Nevertheless, the British Boxing Board of Control won’t be sanctioning the fight, and if it’s to take place, it’ll need an outside commission.

For Benn, he’s in a no-win situation. If he wins, fans will point to him testing positive for clomifene.

“It’s a shame that we have something that muddies the story,” said Chris Eubank Jr to iFL TV, reacting to Conor Benn’s positive test for a banned substance.

“Now it’s in the hands of the promoters to see if they can make this fight go ahead. I’m ready. I’m on weight; I did my job.”

“No, it shouldn’t,” said Gareth A Davies to iFL TV when asked if the Eubank Jr vs. Benn fight should still go ahead. “It’s there. There’s a trace metabolite of it. Horrific things happen in boxing at times.

“We cannot afford when someone has a positive substance in their system that shown up by the rulings that they’ve signed up to that they go ahead and have that fight and run the risk that we are allowing the opponent to be horrifically damaged.

“I know Chris Eubank said he would take the fight because neither wants to walk away from three million and twenty thousand fans selling out the arena in an hour and all the interest.

“It’s grown and grown all week. It could do a million pay-per-view buys if it went ahead. The point is the safety of the fighters always come first. Sometimes they don’t even think about their own safety.

“You call me a stick in the mud for having that attitude about it. When something like this shows up, he can prove his innocence if he has to, but I don’t think they should be stepping into a ring,” said Davies about the Eubank Jr vs. Benn fight. 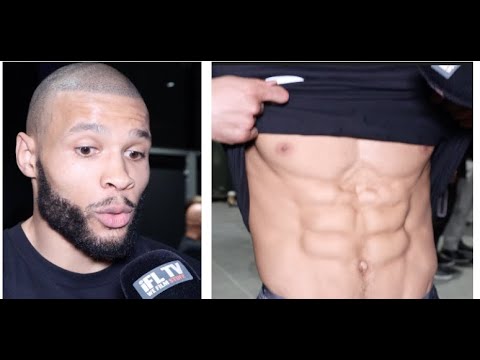