There will be two boxing trilogy fights taking place this Saturday night; one hardly anyone wants to see, and one that has every fight fan pumped up in anticipation of a thriller. In London, England, reigning WBC heavyweight champ Tyson Fury will face old foe Derek Chisora in a fight that is seen by most as basically needless aside from it serving Fury with a warm-up/keep-busy fight before, we hope, his showdown with rival heavyweight champ Oleksandr Usyk

Simply put, Fury, who holds a decision win and a painful stoppage win over Chisora, is so far above his challenger in terms of, well, everything – freshness, size, ability, mental edge, height, reach, speed, chin, power – that nothing other than an upset of Buster Douglas-type proportions will see Fury win with considerable ease. We all like Chisora, he’s a genuine fan-favourite both here in the UK and beyond, and Saturday’s fight could prove to be thoroughly unenjoyable viewing. 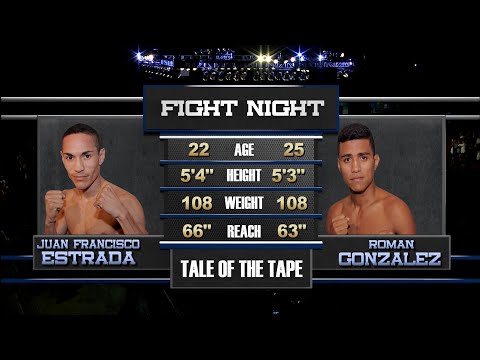 But over in Arizona, USA, there will be a rubber-match between two little giants, this one a fight everyone is looking forward to seeing. Roman Gonzalez will once again go to war with Juan Francisco Estrada. These two warriors first collided back in 2012, down at light flyweight. “Chocolatito” won an entertaining, exciting 12 round unanimous decision over a 26-1 Estrada, with Gonzalez improving to 34-0 in retaining his WBA belt. It would be nine years before the two met again.

This time, fighting up at super flyweight, with both guys putting their titles on the line, fans got a truly great fight. It was punch-for-punch all the way and at the end both men felt they had done enough to win. Estrada walked away with a split decision triumph. The fight was so great, so special, it cried for a trilogy fight. This Saturday we’ll get it, and this time The Ring Magazine and the vacant WBC super flyweight titles will be at stake.

Gonzalez, now 51-3(41) and 35 years of age, is coming off a decision victory over Julio Cesar Martinez, who he defeated in March. 32 year old Estrada, 43-3(28) is coming off seven straight wins and the Mexican warrior is looking to get the stoppage win over the Nicaraguan idol this time. Simply put, there seems to be no way this fight will be anything other than a great one. These two future Hall of Famers are so evenly matched, they have styles that gel so well, the third battle cannot fail to thrill.

It’s tough to pick a winner, yet Estrada, the younger man, one who is on a roll, might just edge things a second time. A stoppage either way looks doubtful. We may get the 2022 FOTY on Saturday.