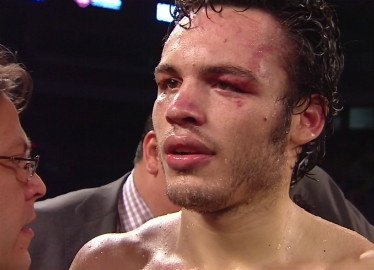 On twitter this morning I came across a tweet from Julio Cesar Chavez Jr (48-2-1, 32ko) that simply read,

It took me by surprise anyway! Barely 10 days on from the embarrassing “quit” episode against Andrzej Fonfara, and the scathing online criticism of his performance, Chavez Jr seems to be seeking a chance at retribution.

Brits will be more than familiar with Martin Murray (29-2-1, 12ko), who we last saw bravely take GGG 11 rounds before finally being stopped. American’s will most probably be aware of him from his two world title challenges.

A disputed draw in 2011 against Felix Sturm in Germany and against Sergio Martinez 2 years later when he valiantly travelled to the Argetine’s back yard also. Despite flooring Martinez, many believe the scores that night were also “home-town” biased.

Either way, I’d barely said the words “catch-weight” when Chavez then tweeted;

“Chavezjr MEX vs ARG Jorge Sebastian Heiland. RT if you like.”

I decided to leave that opportunity, but at time of writing, 24 people have RT their agreement.

Heiland really impressed me against Matthew Macklin, who we found out really was finished when Heiland stopped him in Dublin at the end of last year. Despite this, I’m still not sure he (Heiland) is looking world class and was shocked when his name was recently linked to Miguel Cotto before he announced he’d be fighting Daniel Geale instead.

Tweeting in reply to those who commented, Chavez then said that Murray wanted to move to 168 and that “FROCH doesn’t want to fight me maybe injury again”

More like the shine came off the Vegas fight for Britain’s Carl Froch the moment he looked so shocking against Fonfara? But maybe Julio is smoking again, because no sooner than I’d finished reading the comments, he followed up with

11 people have indulged him in that regard. If the legend that is Hopkins doesn’t announce his retirement soon then I hope he will, yet these series of tweets from Chavez are desperate at best.

Setting up potential fights in Britain, North AND South America or wherever over twitter looks a bit sad in my eyes. Especially as the memory of the quit saga is oh so fresh.

Oh well, you crack on Julio. We are ALL listening afte rall. Just don’t go smoking TOO much.