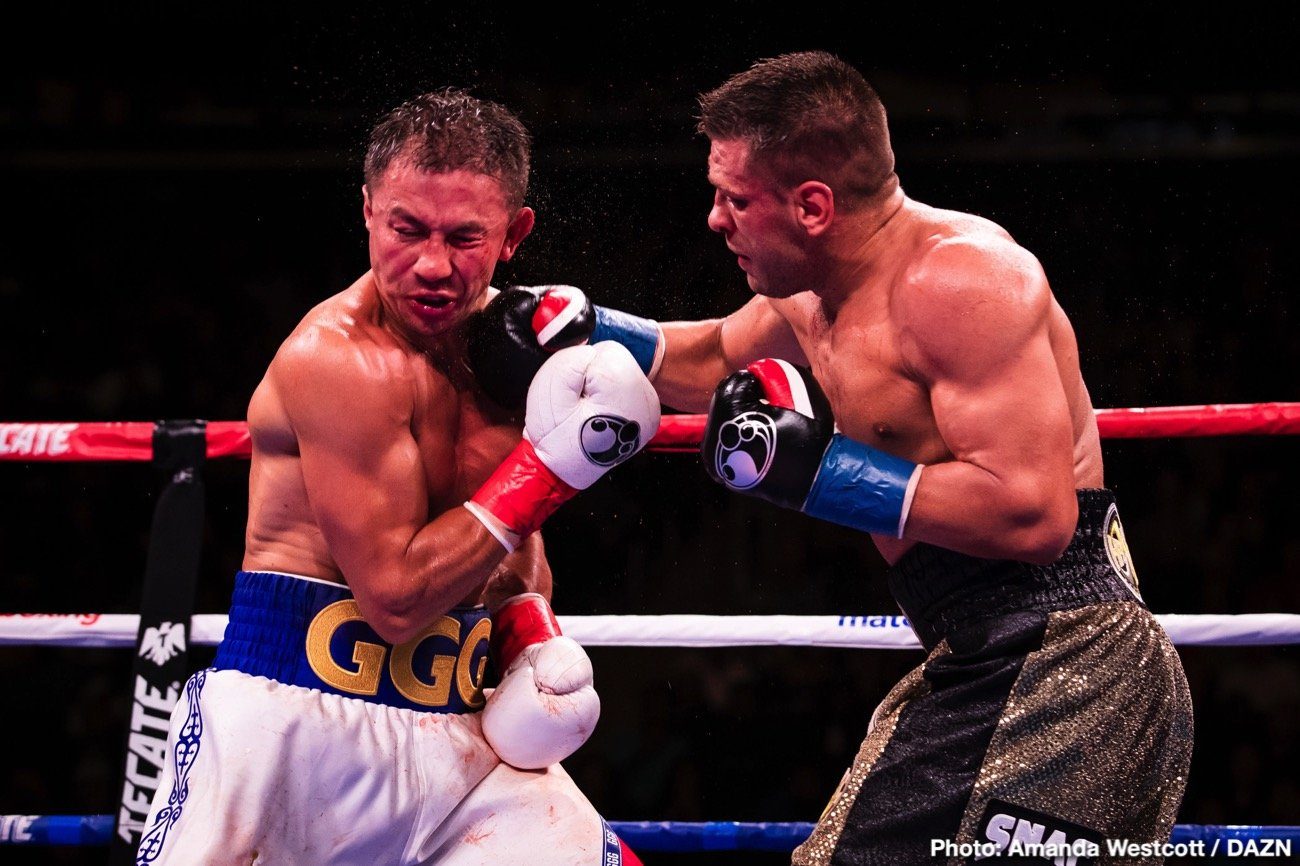 So now who wins a third fight between Gennady Golovkin and Canelo Alvarez? Will we in fact see a third battle between the two modern greats? Right now, with fans still celebrating the superb and thrilling action GGG and Sergiy Derevyanchenko gave us last night in another Fight Of The Year candidate (just a week after that other FOTY contender, the one welterweights Errol Spence and Shawn Porter provided), the debate is over who really won the middleweight slugfest: GGG or Derevyanchenko?

Plenty of fans, pundits and fellow fighters feel Derevyanchenko deserved the close decision that went to GGG, 115-112 twice and 114-113. Instead, Golovkin is IBF 160 pound champ again and he is still calling for a third rumble with Canelo. Canelo has his risky light-heavyweight assignment with Sergey Kovalev to deal with first, on November 2, but fans are already wondering what the Mexican will do after that fight, assuming he comes out victorious.

Matthew Macklin, who fell victim to one sickening GGG body shot back in June of 2013, feels Canelo, who undoubtedly watched last night’s gruelling fight, will now “jump” at a third fight with an “aged” Golovkin.

“I think Canelo will jump at the trilogy now after that,” Macklin said to Sky Sports right after last night’s great battle. “Golovkin looked old in there tonight. Taking nothing away from Derevyanchenko, he fought a great fight. At 37, he [GGG] did look it [his age] in there tonight. It was a really good fight, Golovkin started so well in the first few. The body shot in the fifth was the turning point and it really hurt him. Those middle rounds, Golovkin fought his way back in, but he started to look tired. Derevyanchenko’s stock has certainly risen in defeat.”

We all know what a fine body puncher Canelo is, and maybe Macklin is right, and he will be looking at the tape of last night’s fight thinking he can now get to GGG, that the time is right for him to stop him. We’ll have to wait and see, and of course, Canelo might get a rough, tough night himself against Kovalev.

Have all those fights, amateur and pro, caught up with Triple-G, 40-1-1(35)? Or was Golovkin ill ahead of the fight, as promoter Eddie Hearn has said was the case?

As for Derevyanchenko, 13-2(10), he undoubtedly deserves a rematch with Golovkin.