Canelo Alvarez will be trying to duplicate his past success at 175 when he shoots up to light heavyweight next month to relieve unbeaten Dmitry Bivol (19-0, 11 KOs) of his WBA title on May 7th at the T-Mobile Arena in Las Vegas, Nevada.

It may be unthinkable to Canelo’s diehard fans and the ultra-hardcore boxing fans, but Bivol could pull off the upset by beating the famous Mexican star.

A loss for Canelo against Bivol would immediately remove the possibility of him taking on Gennadiy Golovkin in a lucrative trilogy match on September 17th. That would be a significant hit for Canelo, GGG, and DAZN, but s*** happens.

After all, boxing is a sport, and you can’t always win, even if your name is Canelo. A defeat at the hands of Bivol would leave Canelo with the decision of whether to try and avenge the defeat or walk away and fight other guys, as we saw with his loss to Floyd Mayweather Jr. in 2013.

Assuming that Bivol makes a monkey out of Canelo by schooling him from A to B on May 7th, it’s plausible that he and his trainer/manager Eddy Reynoso will move on rather than daring to try and avenge the one-sided loss.

In a war, it’s sometimes better to move on when your side is getting battered on the battlefield. Predictably, Canelo will choose NOT to fight Bivol in a rematch and move on rather than putting his career on the line in a second fight.

The problem with Canelo taking a rematch with Bivol is that if he loses a second fight to the Russian talent, it’s game over.

Canelo’s popularity will evaporate overnight, making it impossible to sell his fights on pay-per-view or bring in new subscribers to DAZN.

Moving back down to 168 would lead to intense pressure for Canelo to finally face David Benavidez, a fighter many boxing fans believe the Mexican star has been ducking for years.

If Canelo moves back down to 168, he will look weak if he chooses to defend his undisputed title against the beatable British fighter John Ryder rather than Benavidez.

The difference in talent between Benavidez and the light hitting Ryder is like night and day.

You’d like to think that Canelo would show courage by electing to fight Benavidez, but why would he break from what has been a norm for him to veer around the young killer?

This writer is predicting that Bivol will wreck Canelo and make an example of what happens to a fighter who attempts to overreach his physical boundaries.

There’s nothing wrong with Canelo being ambitious, but he has over judged what he’s capable of. Some would argue that Canelo’s recent wins over the weak group of champions at 168 have fueled his ego, giving him a false perception of what he can do.

Bivol may win and give Canelo a one-sided beating as he did against Sullivan Barrera, Joe Smith Jr., and Jean Pascal.

Canelo and his trainer/manager Eddy Reynoso have likely fully vetted Bivol and deemed him a non-threat, but they could be wrong.

Canelo is going up in weight to 175, a division where he looked sluggish in his fight against a shot to pieces 36-year-old fossil Sergey Kovalev in 2019.

If Kovalev were even half the fighter he once was, he would have embarrassed Canelo because he looked too small for the weight class.

“I think Canelo picked the hardest fight,” said Tim Bradley to Fight Hub TV on Canelo Alvarez’s decision to choose WBA 175lb champion Dmitry Bivol rather than taking an easier option for his May 7th fight. 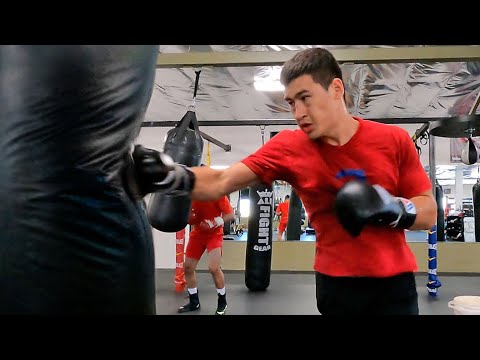 “I see him [Canelo] waiting a while to see if he spots any slippage [in Beterbiev], and then taking on that fight,” said Bradley about Canelo waiting a while before fighting the 37-year-old Beterbiev.

Next January, Beterbiev will be turning 38, and with Canelo not expected to fight him until 2024 at the earliest, he’ll be 39 by then.

It sounds like Bradley is saying that Canelo will wait Beterbiev out to see if he ages more before finally fighting him. That’s a weak move, and you can’t imagine the Mexican legends of the past making a move like that.

Would the late Salvador Sanchez have waited until one of his opponents got old before fighting them? No, I don’t think so.