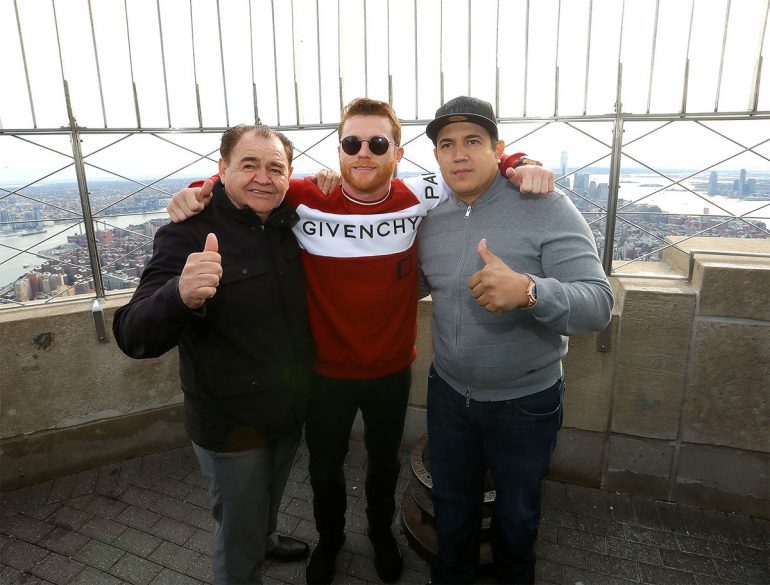 Derevyanchenko is like a better version of Gennadiy Golovkin, and he was coming off of a controversial decision loss to him last October. I had Derevyanchenko winning that fight by four rounds. The judges gave it to GGG by a 12 round decision. 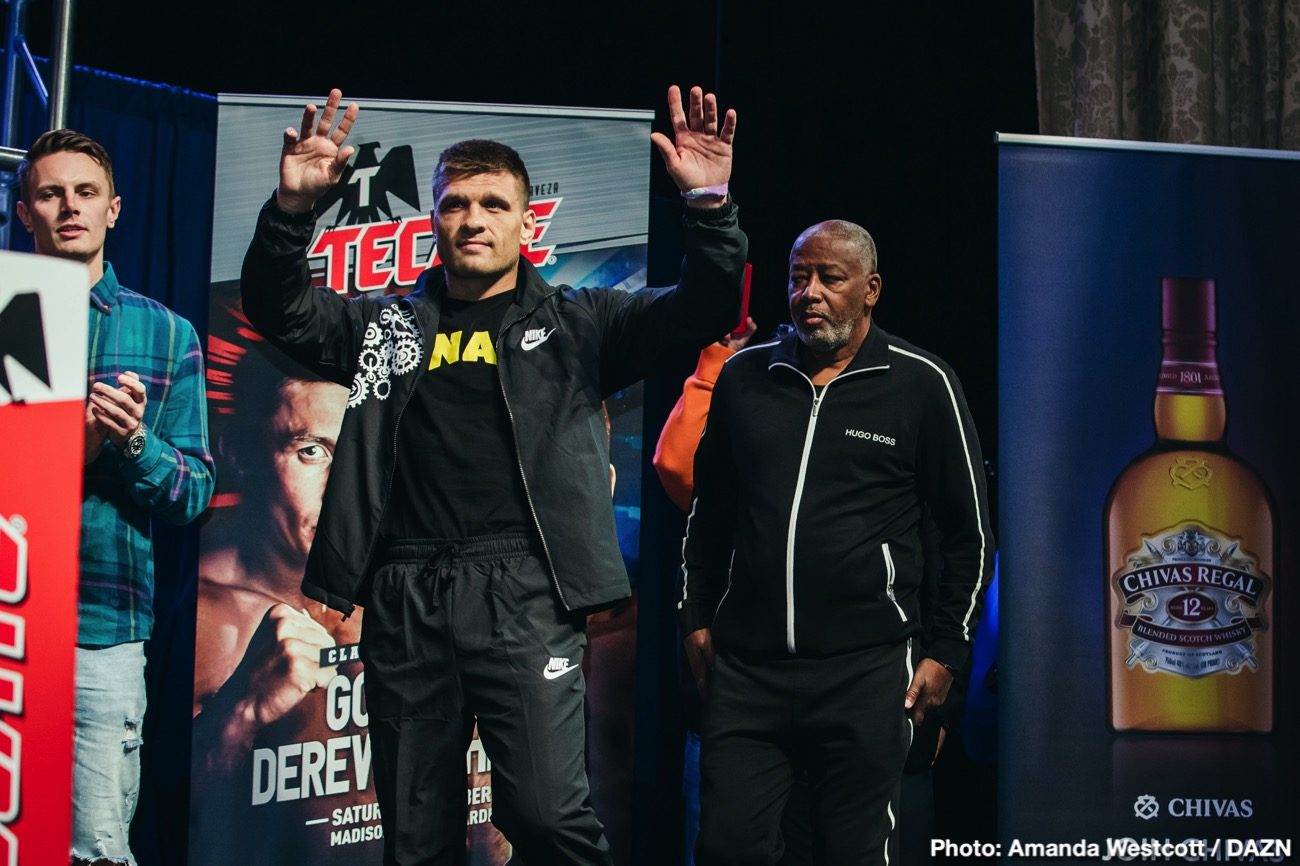 “There’s no truth to it; this is very much premature. There isn’t even a date for Canelo right now. Everything is up in the air until boxing makes a full return, those rumors are false,” said Golden Boy president Gomez to Fightnews.

Golden Boy would make a lot of fans happy if they chose to match Canelo against Derevyanchenko, but it’s not likely. Some fans will likely say that I’m wrong because Canelo fought Golovkin twice. What those fans don’t realize is that Canelo didn’t fight Golovkin until he was 35.

Canelo should have lost the first fight with GGG, but it was scored a draw. He didn’t fight Golovkin fight away, and that was viewed by some fans as a strategic move to let GGG age more before rechallenging him. In the second fight, it could have been a draw.

Canelo did fight well for five of the first six rounds of that contest, but then he ran out of gas, and GGG appeared to win six rounds. Usually, that would make the fight a draw, but not in this case. The judges gave it to Canelo.

For a lot of people, they thought it was too good to be true when the rumors of Canelo fighting Derevyanchenko sprang up. It was too unbelievable, given that Derevyanchenko broke the mold of the type of guys that Canelo has been facing during his career.

Alvarez fights a lot of well-known guys after they’ve gotten old, and he’s had the weight advantage over many others. Canelo was coming off of a win over a wholly shot Sergey Kovalev at 175. 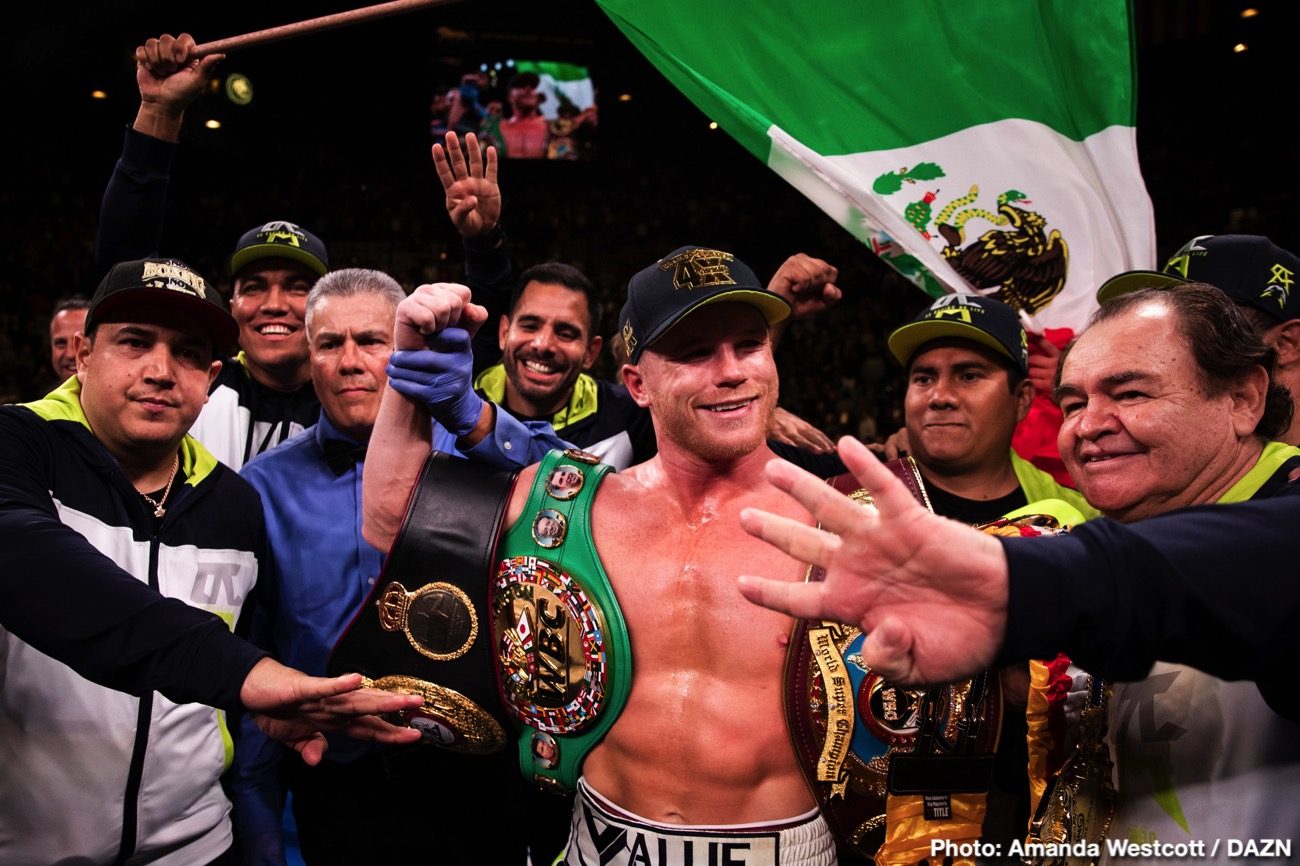 The ability is there for Canelo to take on guys like Derevyanchenko, but it’s not likely to happen. It’s too much of a risk for Canelo. After what Derevyanchenko did to Golovkin, it’s inconceivable that Canelo will agree to fight him. As I said, Derevyanchenko is a better version of Golovkin.

He can do everything Golovkin can but better.  Derevyanchenko has a better engine, he’s smarter and he’s a far better body puncher. Even Canelo doesn’t go to the body as Derevyanchenko does. That’s why they call Derevyanchenko ‘The Technician.’ He’s easily the most technical fighter in the 160 and the 168-pound divisions.

A courageous move on Canelo’s part would have been for him to challenge IBF/WBC light heavyweight champion Artur Beterbiev or WBA champion Dmitry Bivol. Still, he went with Kovalev, who was coming off of a horrible performance against Anthony Yarde.

It was an entirely different reaction from the fans compared to the lack of enthusiasm they’ve shown towards the news of Alvarez fighting WBO super middleweight champion Billy Joe Saunders.

A lot of UK fans loved the Canelo-Saunders fight, but the Americans saw Billy Joe as a mediocre belt holder for Alvarez to pick up an easy title from to add to his collection. After all, Canelo won his WBA secondary super-middleweight title from Rocky Fielding, who wasn’t held in high regard by fans.

Until recently, Canelo was about to do the same thing in facing Saunders instead of the arguably more respected 168-pound champions David Benavidez and Caleb Plant.

If anything, Golden Boy will likely restart negotiations with Saunders (29-0, 14 KOs) and look to have him as Canelo’s opponent for September or whenever he fights. Canelo is a good fighter, but he’s not much of a risk-taker despite all the big names that he has on his resume.

Most of the big names Canelo has fought during his 15-year career were older and no longer in their prime. We’re talking about these guys:

The British fans want to see Canelo fight Saunders, and that’ll give him a reason to make the fight. Saunders is another Fielding type of guy, but less power than him and a repulsive style.