When Canelo and Golovkin fought on HBO PPV, they brought in a huge number of buys for both of their fights in 2017 and 2018. However, a lot has changed since then.

Golovkin hasn’t done a good job of staying in the limelight by fighting quality opposition. Indeed, he’s disappeared almost from the map when it comes to facing talented fighters, so he’s been forgotten.

Golovkin will get paid well regardless of whether his fight with Canelo brings in poor pay-per-view numbers. The ones that will be upset about it are the promoters, who are counting on the trilogy bringing in a ton of PPV buys.

At this point, 500,000 buys might be as good as it gets for Canelo-Golovkin III. One million+ is likely out of the picture because the fight is no longer in demand.

Fans want to see Canelo fighting Dmitry Bivol, David Benavidez, and Jermall Charlo, not Golovkin, who has done a terrible job of maintaining his star appeal.

It’s questionable whether the boxing public is still willing to purchase a fight between the former four-division world champion Canelo and the 40-year-old Golovkin at this stage.

While in the past, boxing fans didn’t mind paying to see two popular fighters meet after many years after their previous encounter with one another, with Canelo-Golovkin, it’s a different story.

It’s unclear what Canelo and Golovkin’s promoters are looking for in terms of buy rate for their trilogy match on September 17th.

“I can’t lose. This fight is going to be a big win for me,” said Canelo Alvarez to Matchroom Boxing about his September 17th third fight against Gennadiy Golovkin.

“I don’t know because in the second fight, we did that, and everything was good,” said Canelo when asked if he’ll shake Golovkin’s hand afterward upon being victorious. “After the fight, he started talking about me.

“On my side, I’m always good, and I would respect my opponents before and after, but on this occasion, I don’t know,” said Canelo. 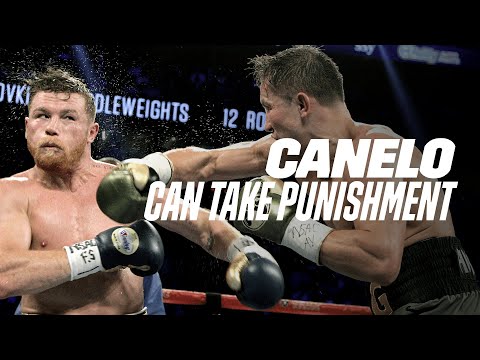