Canelo Alvarez and Caleb Plant have inked contracts to meet on November 6th for the undisputed super middleweight undisputed championship on FOX Sports PPV at the MGM Grand in Las Vegas, Nevada.

Canelo Promotions put the deal together with Plant’s management at PBC, headed by Al Haymon.

After easily beating the other three 168-lb champions, Canelo is about to meet up with the last man standing, 28-year-old Plant, who is arguably the toughest of the bunch.

It’s possible that if Canelo beats Plant, we could see the Mexican warrior fight other PBC fighters, such as David Benavidez and Jermall Charlo, down the road.

It’ll be up to Canelo if he wants to fight them, but he’ll make a lot of money if he does.

The interest from fans in seeing Canelo fight Benavidez and/or Charlo would dwarf the interest in his fight with Plant, who isn’t highly rated. He’s a belt-holder, and that’s about it.

“I am very excited to have this fight before me. I am happy because I am going to make history, and in my career, that’s exactly what I want to do — leave my mark in boxing,” Alvarez said in a statement released Thursday. “I can’t wait to see all my fans on November 6.” 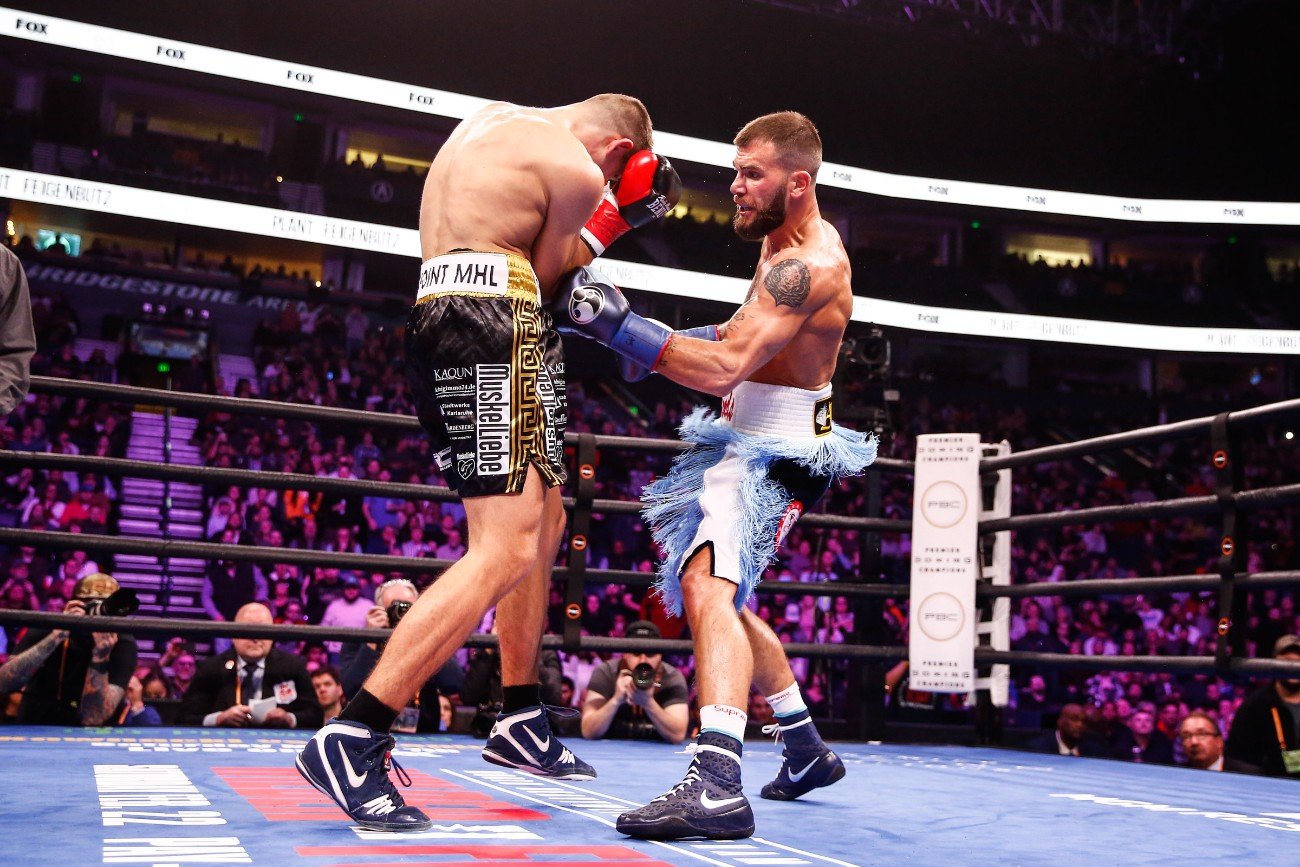 Canelo tried to set up a fight with Plant for September 18th in Las Vegas, but the negotiations reached a stall and collapsed.

Briefly, Canelo negotiated with WBA light heavyweight champion Dmitry Bivol but later changed his mind, deciding to backtrack to restart the negotiations with Plant and PBC.

Who knows if Canelo was ever serious about fighting the unbeaten Bivol (18-0, 11 KOs). Looking at it logically, it would have likely been far less money for Canelo fighting Bivol, but MUCH more risk than fighting Plant. In the end, Canelo went for the safer fight against Plant.

What would have made things tougher for Canelo in facing Bivol is that he would have only had six weeks to prepare for that fight.

In the past, Canelo has gotten the advantage over some of his opponents by choosing them late, which left them having to rush through an abbreviated training camp to prepare for him.

In fighting Bivol, Canelo would have been the one hurt with a short camp because he would need as much time as possible to bulk up to compete with him at 175.

It’s important for Canelo, 31, to collect titles because he wants to strengthen his legacy in boxing, and he feels that the best way to do that is by winning world titles.

Some fans would argue that the 168-lb division hasn’t been well represented since arguably the most talented fighter in the weight class, David Benavidez, was stripped of his title, leaving a field of beatable champions in Rocky Fielding, Callum Smith, Billy Joe Saunders, and Caleb Plant.

Although some boxing fans might not be happy having to pay to see Canelo on PPV instead of on DAZN as he’s been fighting, there are no other options for the Mexican star to get this fight.

“The project since we got to 168 was this: to be the first Latino and Mexican to be undisputed. It is something that I have been projecting for more than one year,” Canelo’s trainer/manager Eddie Reynoso said to ESPN.

“It is the advantage of being a free agent and having an excellent relationship with all the promoters; you can negotiate any fight, and this benefits boxing.”

The fights that the fans want to see for Canelo is against these guys:

Plant is a lower priority in the eyes of fans, as he’s not highly rated by them, owing to his less than a spectacular resume.

He won the IBF super middleweight title against Jose Uzcategui, but he’s not established himself as a guy that fans want to see due to the way he’s been maneuvered by his management.

Also, when Plant has been called out by David Benavidez, he’s made excuses about why he shouldn’t have to fight him. So for Canelo to be fighting Plant, it’s not a fight that fans view as something that “benefits boxing.” It might benefit Canelo, but not boxing.

Canelo beat WBO super middleweight champion Billy Joe Saunders by a ninth round knockout in his last fight on May 8th to capture his title. In the eighth, Canelo shattered Saunders’ left orbital bone with a big uppercut.

Saunders had been begging to get hit with uppercuts the entire fight by leaning forward in front of Canelo with both hands down by his sides. It’s a surprise that it took Canelo until the eighth round to take advantage of Saunders’ flaws finally.