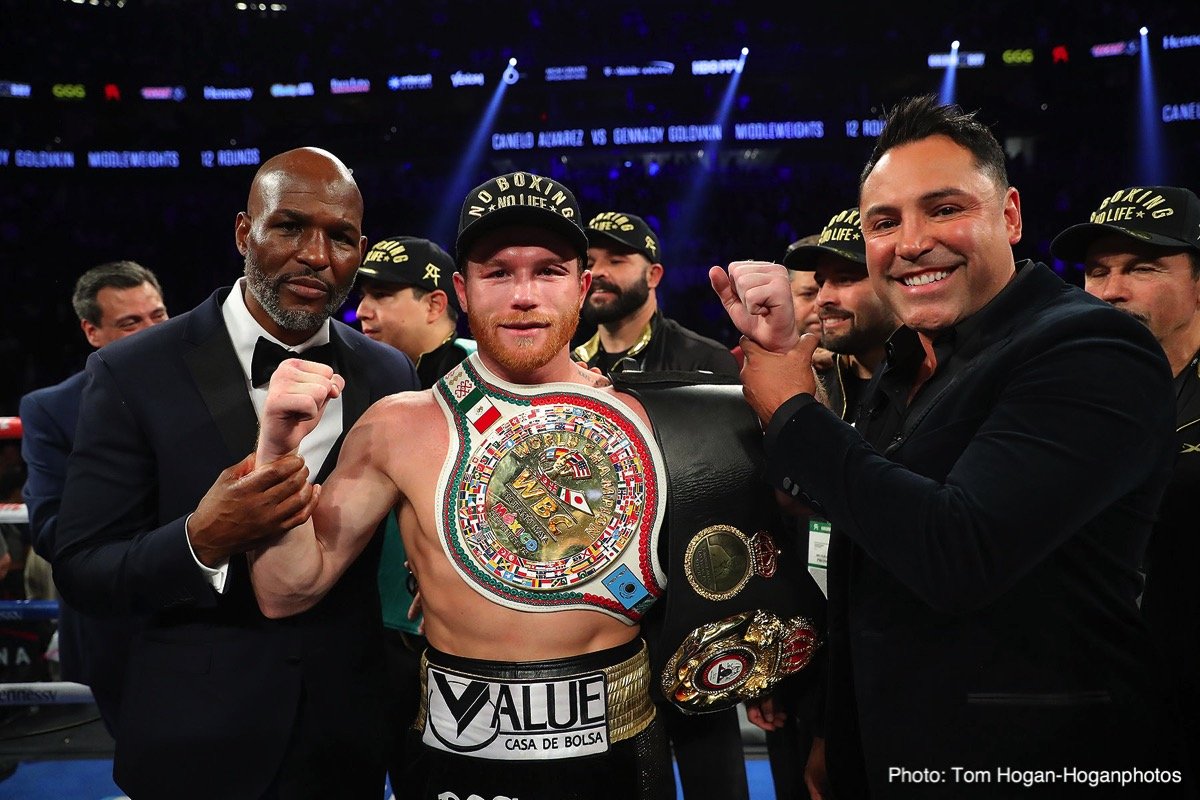 If Mexican warrior Canelo Alvarez is not the biggest star in world boxing today he is certainly the biggest commodity in the sport. As fans may have read by now, the middleweight champion has signed a record-shattering $365 million deal with DAZN, the deal a five-year one, with Canelo to box eleven fights on the network. The first of these eleven fights will be the December 15 challenge of WBA 168 pound champ (“regular” version) Rocky Fielding.

The move is perhaps a surprising one as Canelo, a big pay-per-view attraction, will no longer fight on P-P-V. So, instead of having to pay around $80 for a Canelo fight, fans in the US will now be able to subscribe to DAZN for $9.99 a month. Canelo is said to be extremely happy about the fact that his fans can now watch him fight without having to pay so much money.

Canelo and his promoter Oscar De La Hoya of Golden Boy spoke to ESPN. Com about the massive deal:

Canelo went on to say how his upcoming fight with Fielding is “a dangerous fight,” and how he does not know how his body will feel up at 168 pounds. Canelo, though, is widely expected to be too much for Fielding, and will then carry on attracting huge viewing figures on DAZN. De La Hoya called the signed deal “huge for boxing,” and it is tough to argue.

Just who Canelo may fight in his remaining ten bouts on the current contract with DAZN remains to be seen. Of course, fans hope Canelo will box that third and decisive fight with Gennady Golovkin. But it is possible Canelo will feel good at super-middleweight and opt to stay there. Might GGG move up also?