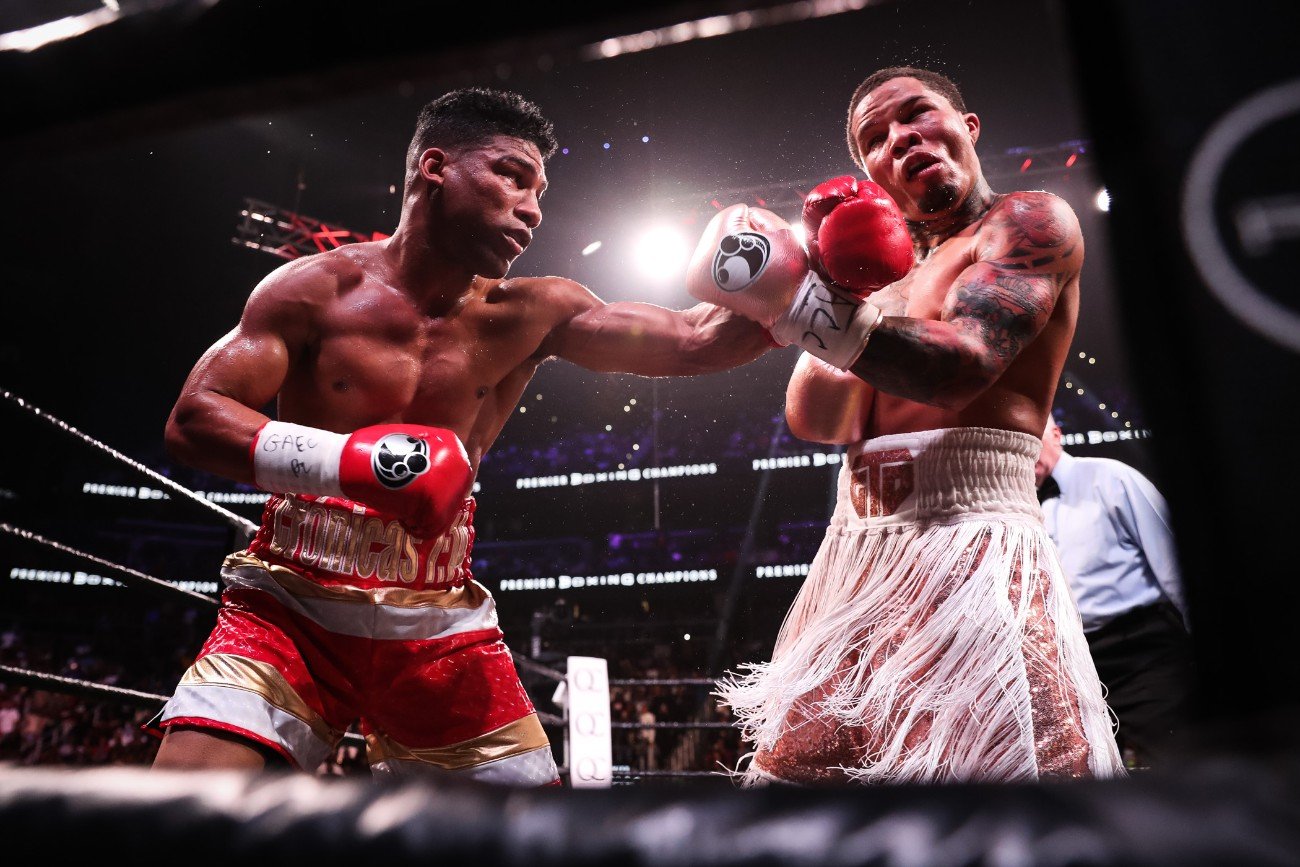 But if it does happen, will it be a good fight, a competitive fight? Haney is of course the much, much younger man. At age 21, Haney, 24-0(15) is some 17 years younger than Gamboa; that’s easily the length of an entire pro career and then some. Is it unrealistic to expect Gamboa, 30-3(18) to be able to compete with the speed, reflexes and amazing talents of Haney?

Gamboa is still fast himself despite his age, and he showed it in his last fight, when he went up against another hot-shot talent in Gervonta Davis. Gamboa lost in November, but he extended “Tank” into the 12th and final round and the Cuban succeeded in making Davis look pretty ordinary at times. Also, Gamboa injured his right Achilles quite early on in the fight, this after being decked. Gamboa gamely fought on for a number of rounds with the serious injury. No-one is saying Gamboa would have won the fight had he not suffered the injury, but it might have been a closer affair.

Gamboa has since had surgery and the fight with Haney, if it indeed happens, will be his first fight back. So Gamboa could be fighting ring-rust as well as Haney. But Haney has also been inactive, and he too suffered an injury in his last fight. Haney won a wide UD over Alfredo Santiago back in November, but he injured his shoulder during the fight. Haney, like Gamboa, underwent surgery.

It will be interesting to see if Haney has any issues in the November fight; either with rust or with the repaired shoulder. Obviously, though, Haney will be a big betting favorite upon entering the ring. Gamboa was at his best over a decade ago, and as a featherweight. He did push Davis at 135 pounds and maybe Gamboa still has enough to be able to hang with Haney for quite a few rounds. But a Gamboa win? It’s an extreme long-shot.

But can you stop thinking about what a great fight this would have been had the two men met at a weight to suit both when both were in their primes? Let’s hope Haney doesn’t make the same poor career choices that served to prevent Gamboa from reach his full potential and star status.