If ever a fighter looked set for true stardom in the sport, it was Cuba’s Yuriorkis Gamboa. Rewind to 2008/2009, and Gamboa, fast, powerful, and with an exciting style, seemed to be a sure thing.

Gamboa won a belt or two yet he never reached the heights his talents made it look like he should have reached. Last night, in attempting to fight on at age 40, Gamboa was ruthlessly hammered to defeat by a rampaging Isaac Cruz.

Fighting on the Spence-Ugas card in Dallas, Cruz tore into what was left of Gamboa right from the start, showing zero mercy and scoring no less than four knockdowns before the one-sided fight was stopped in the fifth round. Mexico’s Cruz is now 23-2-1(16) and he is on the hunt for much bigger and far more meaningful fights. Gamboa falls to 30-5(18) and he has surely reached the end of the road.

Cruz is a genuine threat to any lightweight out there, as he showed when pushing Tank Davis hard back in December. The 23-year-old says he can “rule the division,” and it will be fun seeing if “Pitbull” can indeed reach the top. Always in exciting fights, Cruz had nothing much to beat last night, sadly.

Gamboa has now been stopped four times, albeit it by good, or very good fighters, but there should be no more. It’s time to retire and Gamboa and anyone who cares about him have to know it. It took Devin Haney all 12 rounds to beat Gamboa back in November of 2020, while Tank had to go into the 12th and final round before finally getting rid of Gamboa in December of 2019. But, in a sure sign of his deterioration since then, Gamboa was wiped out quickly last night. It was not nice to see.

It’s a sad way to exit the sport but things could get even worse if Gamboa does roll the dice and fights again. Gamboa was brilliant for a while, some eights years or so ago, but no longer. 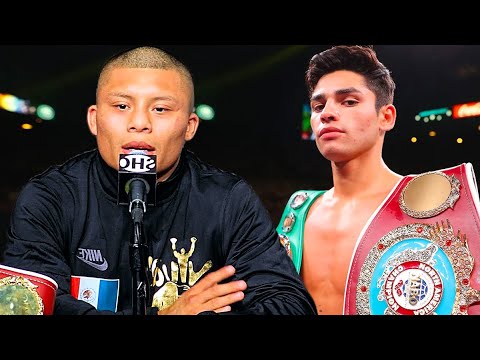