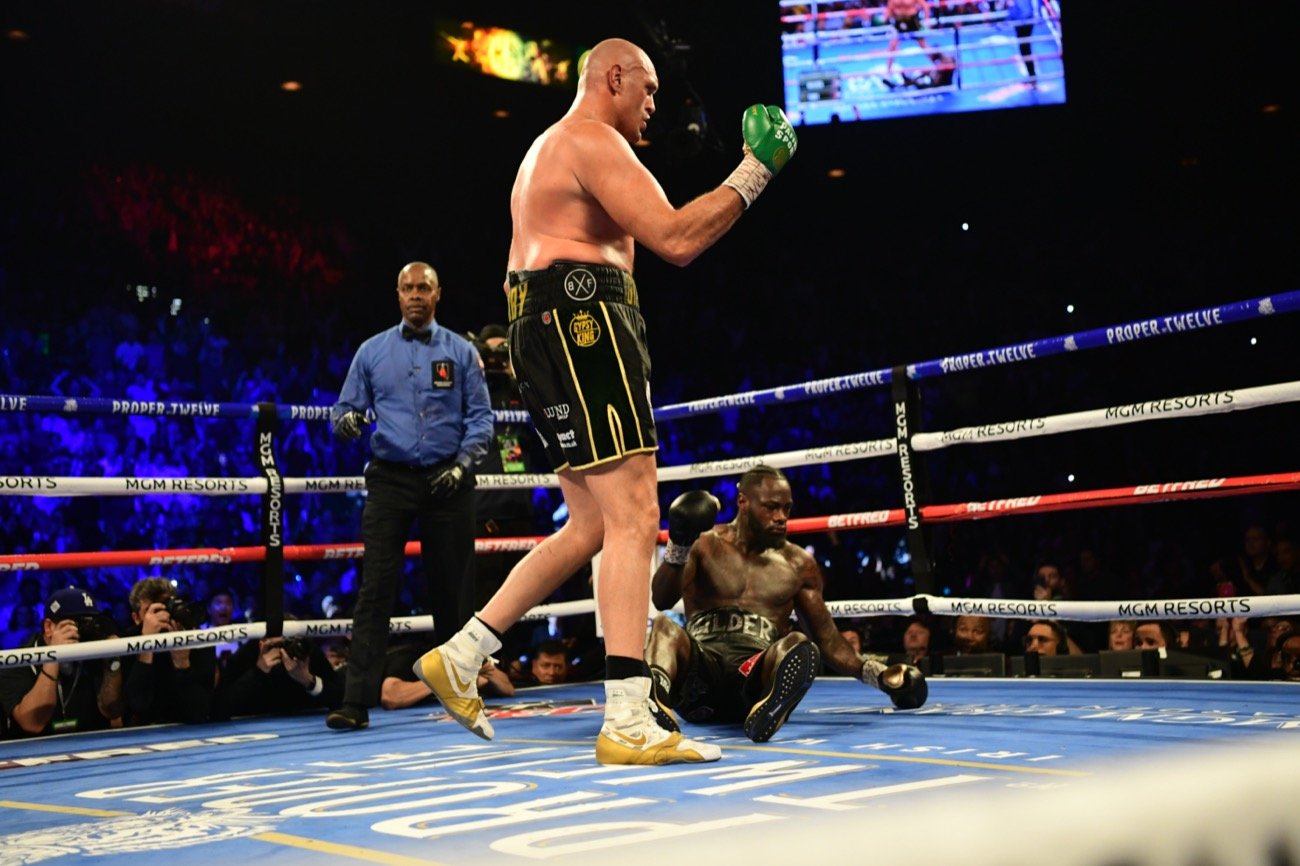 As fans know, Wladimir Klitschko reigned as heavyweight king for many long and dominant years, finally being dethroned by Tyson Fury in November of 2015. And now Fury, who has never lost a professional fight, says he can reign for a similar amount of time as the man he shocked to take the crown. Speaking with Sky Sports, 31 year old Fury says he can rule until he’s 40 years old if he chooses to do so.

Fury, 30-0-1(21) is, like the rest of the boxing world, waiting for the coronavirus battle to be won so he can go back to work in the ring. And Fury is not alone in strongly feeling no fighter can defeat him.

Fury went on to express how proud he is over the way he has been able to overcome the odds time and again – by beating Klitschko, by successfully battling depression and weight problems, by beating Deontay Wilder – and he now aims to “keep boxing, just taking on contenders.”

So is there any fighter out there who can defeat Fury and stop him from ruling the world for the foreseeable future? Next up, most likely, it will be that third fight with Wilder, but is there anyone willing to place any money on Wilder beating Fury? Not after the way Fury so utterly dominated Wilder back in February. The Anthony Joshua super-fight, one that simply has to happen, will see many fans picking against Fury. But can Joshua do it, has AJ got the tools to beat the fast (very fast for his size), clever and durable giant?

Right now, almost everyone has Fury ranked as the best heavyweight on the planet, with Joshua coming up second. If Fury beats Wilder again (or some would say when he beats Wilder again) and then defeats Joshua, the very real problem could be finding Fury suitable challengers. After Wilder and Joshua, who else is there for Fury to fight? There’s Dillian Whyte, Oleksandr Usyk (if he can get past Dereck Chisora), Andy Ruiz (if he can again become a serious force in the division), the Daniel Dubois-Joe Joyce winner (or maybe both fighters) and maybe one or two others.

But do you see anyone you would definitely pick to beat Fury?