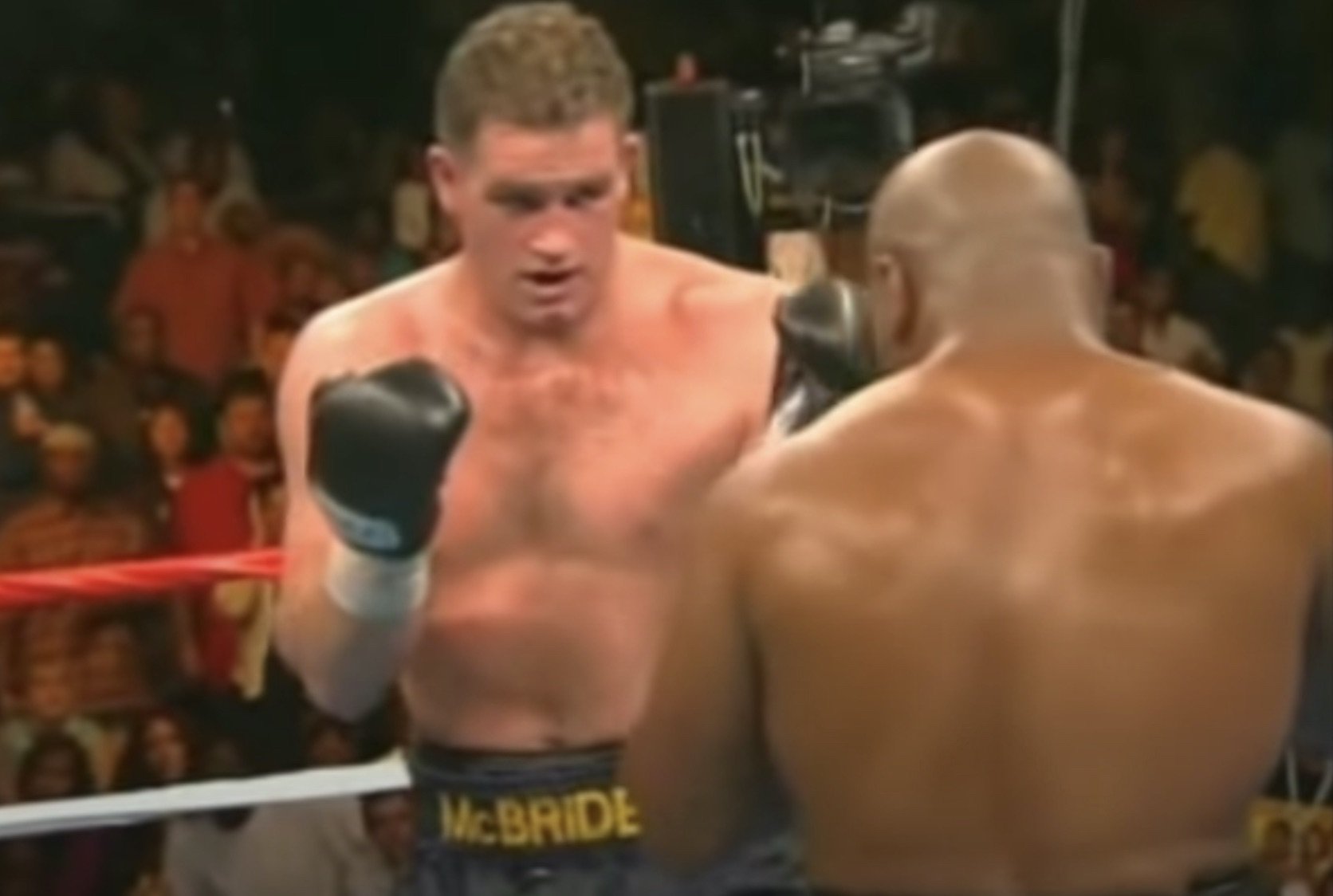 Fans are in a lather due to how Mike Tyson looks sensational in those few seconds of video footage. Supportive claims of how Tyson “has still got it,” how his speed is “still there,” how the 53-year-old “could still take out any heavyweight if he hit them” abound. But looking great for a few seconds in a training clip means almost nothing at all in comparison to how Tyson would cope in a real fight.

Let’s hope the former champ doesn’t have one. Exhibition stuff is fine, but the Tyson fanatics who say their hero could still kick ass at pro-level are so hopelessly wrong. We all remember the last time Tyson had a real fight, don’t we? It came 15 years ago this June, against Irish journeyman Kevin McBride. Here too, Tyson looked fit, fast and scary in training. Yet when he got into the ring in Washington D.C, Tyson had almost nothing left; the energy in his hourglass trickling away visibly. All McBride had to do was soak up the early attack, wait for the inevitable fade, and then basically lean on Tyson, shove him around and finally push him to the canvas.

Tyson had no interest in getting back up. Do we really want to risk seeing something like that again here in 2020? No way.

McBride has lived off his great win (great to him, and of course he has every right to be proud of what he did in 2005) ever since. An interesting character, McBride says he will take the Tyson victory with him to his grave. McBride also recalls the way a desperate and rapidly fading Tyson tried to rough him up AND bite off his nipple.

“I was very bruised after the fight. But I was on a mission and thank God I did win,” McBride told this writer a while back when recalling the biggest win of his career. “And Tyson quit in his stool, against Kevin McBride! Who would ever have believed it? I told him (in a clinch) he was in trouble, I said ‘is that all ya got!’ But then he tried to bite my nipple off! I pulled back and his mouthpiece slipped off my nipple. Thank God he had the mouthpiece in.”

McBride fought on after finishing off Tyson, yet he had only limited success. A win over Byron Polley followed before the towering Irishman was beaten by Mike Mollo, Andrew Golota and Zack Page. McBride managed just one further win before retiring in 2011.

But McBride will always be known as the last man to defeat Mike Tyson. Unless of course Tyson is foolish enough to come back and take another genuine fight all these years later.