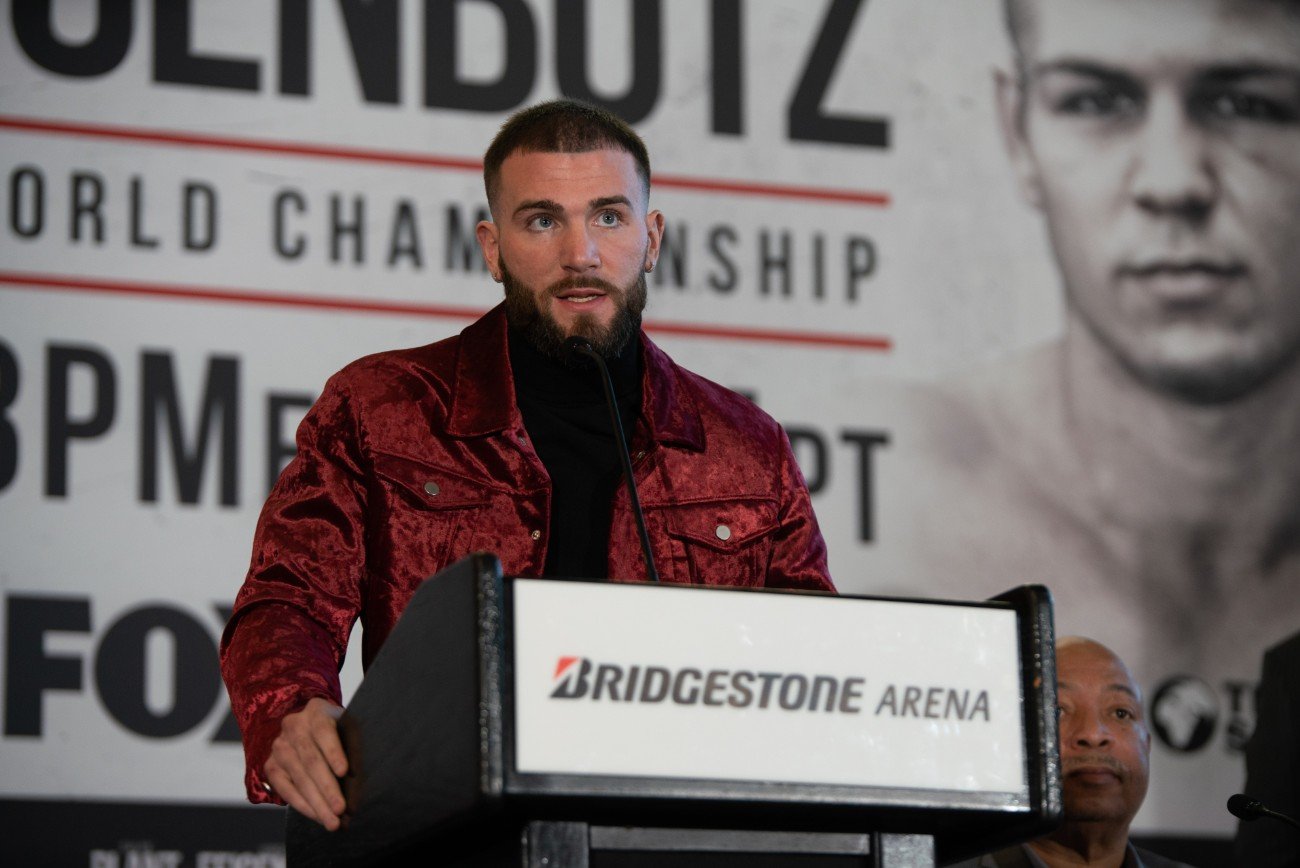 Ashland, Tennessee’s Plant will bring world championship boxing back to Nashville and fight for the first time as a professional in his home state. Here is what the press conference participants had to say Wednesday at Bridgestone Arena:

“It’s great to be back in my hometown and my home city. I’m even more excited to be bringing home a world title and to defend it February 15 at Bridgestone Arena. It’s been a dream of mine since as long as I could remember. Since I was a little kid.

“I’m working harder than ever to make sure that I have my hand raised on February 15. I’m looking to do it in spectacular fashion, before the 12th round. This fight is going to end in a knockout on my behalf. I want everyone who’s going to be in the building and tuned in to know that this world title is staying right here in Tennessee.

“My dad and I have been going at this for 18 years straight, non-stop. Having this fight has been a dream that I’ve sacrificed a lot for. It’s a dream that on February 15, it won’t be spoiled.

“It was a goal to become world champion, but it wasn’t the only goal. I think people tend to forget I only have 19 fights. I feel like I just made it to the base of the mountain. Some people when they become champion, they feel like they become the hunted, but that’s not the case with me. I’m still hungry. If you’re in my way, I suggest you get out of it. Because I won’t miss you.

“At the end of the day, boxing is hit and do not get hit. I have plenty of skills to spare. On February 15, I’m not playing with this guy.

“I’m grateful to be here today and blessed to have the opportunity to showcase who I am as a fighter. I’m a fighter who’s built on quality over quantity. Nothing has been given to me. I’ve faced nothing but excellent opposition to this point.

“I eat, sleep and breath boxing. I’m ready for this. I’m a fast, strong and tall fighter, with a high boxing IQ. February 15 I’m coming to dominate. Operation Abel will be unable.

“I have Ramos outmatched at every category and I’m going to dominate. I’m starting hit my stride as a fighter. Everything is coming together mentally and I have an amazing team working with me now. We’re just grinding every day and putting it all together to work towards our ultimate goal.”

“I’m really thankful to my whole team for making this fight happen and especially to Caleb for paving the way for a fight in Nashville. We’ve been training really hard and we’re training even harder for this fight to put on a show in my hometown.

I know my opponent is going to come ready, we know what he’s coming to do. I’m excited for it. I’m going to be ready for anything he brings.

“I can’t wait for this fight, put on a great performance and come back to Nashville again in the future for more big fights.”

“We are thrilled to come back to Nashville for this fight. It’s going to be Caleb’s first pro fight in Nashville, and from the moment that we heard first about this, we’ve been really excited.

“He’s had an incredible training camp as always. He’s been looking really sharp. Expect an explosive, powerful and better version of ‘Sweethands’ than you’ve seen yet. Caleb is always improving and always getting better. He’s taking it to another level.

“I’ve seen Caleb fight as an amateur in Nashville, but to be a part of him doing it in the pros, it’s so special for me. Just know that he’s going to put on a show. Skills pay the bills and he’s got all the skills.”

“We’re so glad to be here in this position. As soon as we heard that this was going to be a reality, we were just overjoyed.

“We started here about 18 years ago in boxing. Over the years we’ve grown, and now we have this amazing boxing team, one that I feel is the best in boxing. We’re just getting started. We’re excited to put on a show for our hometown and we’ll see everyone here on February 15.”