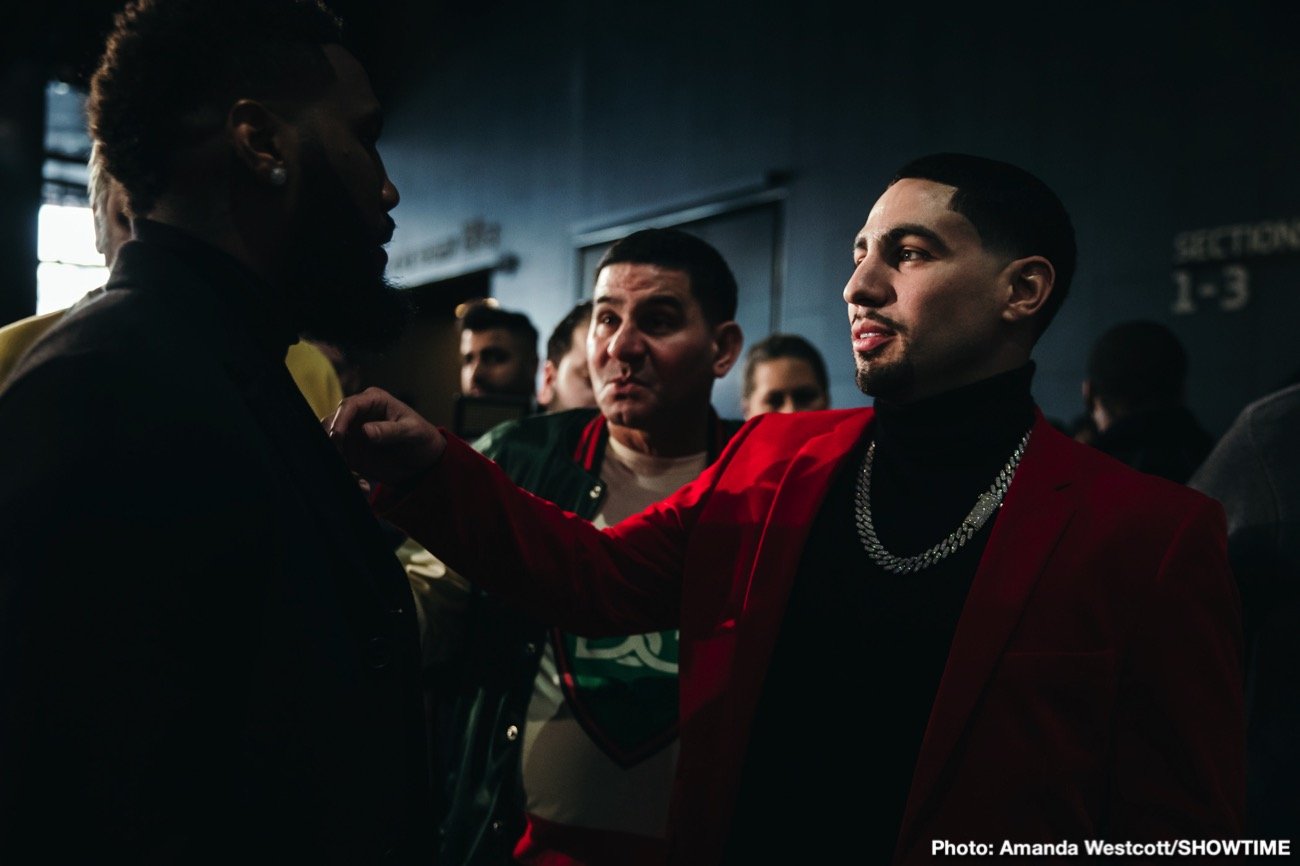 Two-division world champion Danny “Swift” Garcia is eager for another crack at returning to the championship ranks, but knows that he can’t look past the hard-hitting Ivan “El Terrible” Redkach when they face off in a WBC Welterweight Title Eliminator Saturday, January 25 live on SHOWTIME from Barclays Center, the home of BROOKLYN BOXING™, in a Premier Boxing Champions event.

“I’m just taking it one fight at a time,” said Garcia. “I’ve been that way my whole career. I know that you can’t overlook anyone. I’m totally locked in on Ivan, and that’s it.

“We’re just working hard and working smart. We’re making the necessary adjustments for Redkach specifically, but this is just another fighter in front of us. I noticed that he’s really hungry. He obviously wants to win, and he’s coming off of three solid victories. He has his confidence back now. I just have to be ready for whatever he brings to the table on January 25.”

Redkach is coming off a career-best victory in June, when he knocked out former two-division champion Devon Alexander in his first fight campaigning at welterweight. It was Redkach’s third straight victory since losing to John Molina Jr. in a memorable 2017 firefight that saw both men hit the canvas.

“I caught some highlights of his fight against Devon, but not the whole fight,” said Garcia. “I saw the full Molina fight though, and I know what I’m up against. Molina caught him, but before that, Ivan was doing well. He just got careless. So I just have to be on my A-game and make no mistakes.”

Garcia’s last outing was a victory in April over veteran contender Adrian Granados that was notable in that Garcia flashed impressive power in becoming the first person to ever knock out the durable Granados.

“I feel like my new conditioning coach has really been able to help me with different kinds of strength training,” said Garcia. “We’re hitting different muscle groups and it definitely showed against Granados.”

With his return to Barclays Center on January 25, Garcia makes his eighth headlining appearance at the venue, the most of any fighter. Garcia also holds the arena’s single event boxing attendance record, for his 2017 welterweight title unification showdown against Keith Thurman. The Philadelphia-native has made a boxing home just a couple of hours up I-95 from his hometown, starting with headlining the venue’s first boxing event in 2012.

Garcia needs win over Redkach to become mandatory for Spence

“It’s just a great atmosphere in Brooklyn and at Barclays Center,” said Garcia. “The fans there have gotten to know me really well, and all my fans in Philly can make the quick drive up. They love to watch me fight there and they know when Danny Garcia comes to New York, it’s going to be a great night of boxing.”

With a win in this title eliminator, Garcia would put himself in line for the WBC welterweight title held by unified champion Errol Spence Jr. Garcia has also been rumored as a possible next opponent for WBA Welterweight Champion Manny Pacquiao. If one of those two opponents are next for Garcia, he is confident in his abilities to become world champion again.

“I feel like my style is dangerous for both Spence and Pacquiao,” said Garcia. “For Errol, I see he likes to stand in front of his opponents and he isn’t the hardest guy to hit. With Manny, I feel like my counter punching and style would also be hard for him. So, I like my chances against both of them.”

ABOUT GARCIA VS. REDKACH