Whyte, speaking with IFL TV, says Chisora was “robbed,” and that “boxing is f****d up.” Whyte admits there is no love lost between he and Chisora – the two engaging in two superb action fights, Whyte winning a close decision of his own in fight-one, Whyte taking Chisora out by late KO in the return meeting – but Dillian says Chisora “left it on the line,” and that he fully deserved the win over Parker last night.

“Dereck Chisora got robbed tonight,” Whyte said. “Listen, Dereck Chisora’s not my favourite person, as everyone knows. There’s not a lot of love between me and Dereck Chisora. But he fought his heart out tonight and I think he won the fight by at least two rounds and I think he got robbed tonight. It’s very unfair, man. The guy left it on the line, knocked Joseph Parker down in the first round and I think he won six rounds, five or six rounds, after that. He won the next five rounds after that [knockdown] and then he won round ten and round 12. Boxing’s f****d up, man.”

Chisora has already pretty much demanded a rematch from Hearn, and Hearn said that he himself wants it, with Hearn also saying that Parker has told him he also wants it. Parker-Chisora II later this year? As excellent as last night’s hard and gruelling fight was, who wouldn’t want to see it again? Not only that, but Chisora deserves it.

The word “robbery” is an often overused word in boxing these days, and last night’s fight was no robbery, that’s too strong. But at the same time, it’s tough not to agree with Chisora and his supporters who feel he deserved that decision. Chisora pushed the entire fight, he landed some wicked body shots throughout, he scored the only knockdown of the fight and he just edged the final session. 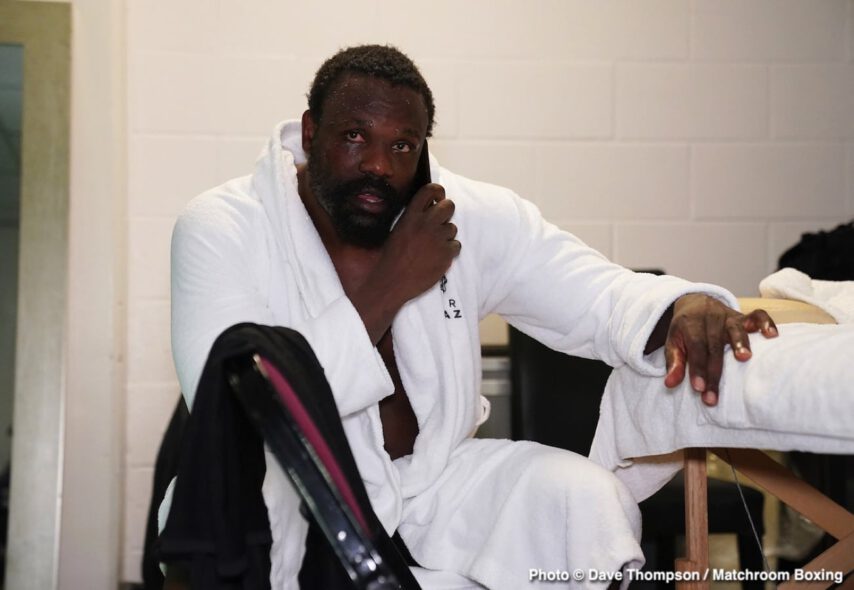 *** FREE FOR EDITORIAL USE *** Derek Chisora vs Joseph Parker, Heavyweight Contest. 2 May 2021 Picture By Dave Thompson Matchroom Boxing. Derek Chisora after the contest. 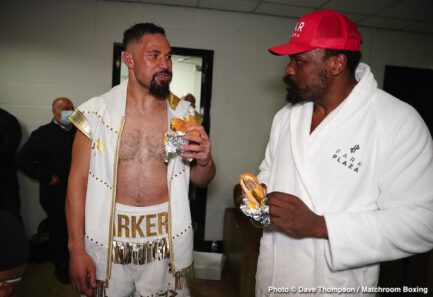 *** FREE FOR EDITORIAL USE *** Derek Chisora vs Joseph Parker, Heavyweight Contest. 2 May 2021 Picture By Dave Thompson Matchroom Boxing. The fighters enjoy conversation and burgers after their contest. 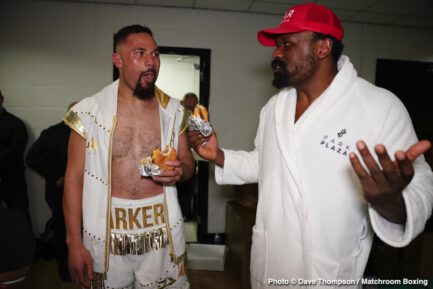 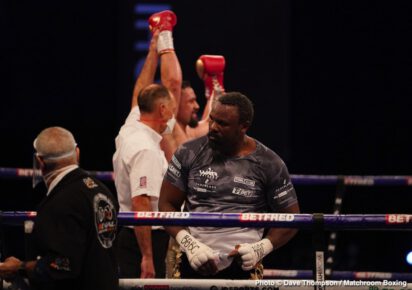 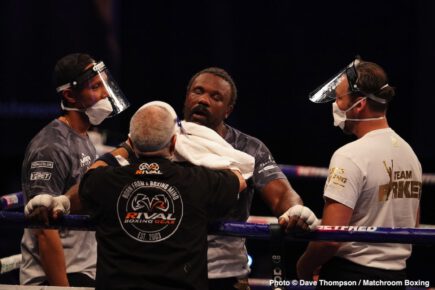 *** FREE FOR EDITORIAL USE *** Derek Chisora vs Joseph Parker, Heavyweight Contest. 2 May 2021 Picture By Dave Thompson Matchroom Boxing. Derek Chisora after the fight. 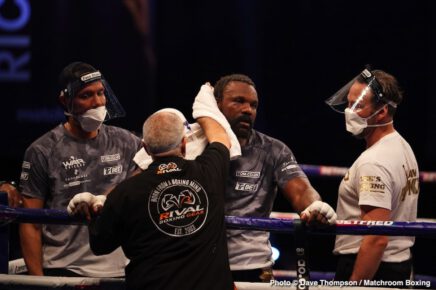